Questions and Answers on Status of Trump's Border Wall 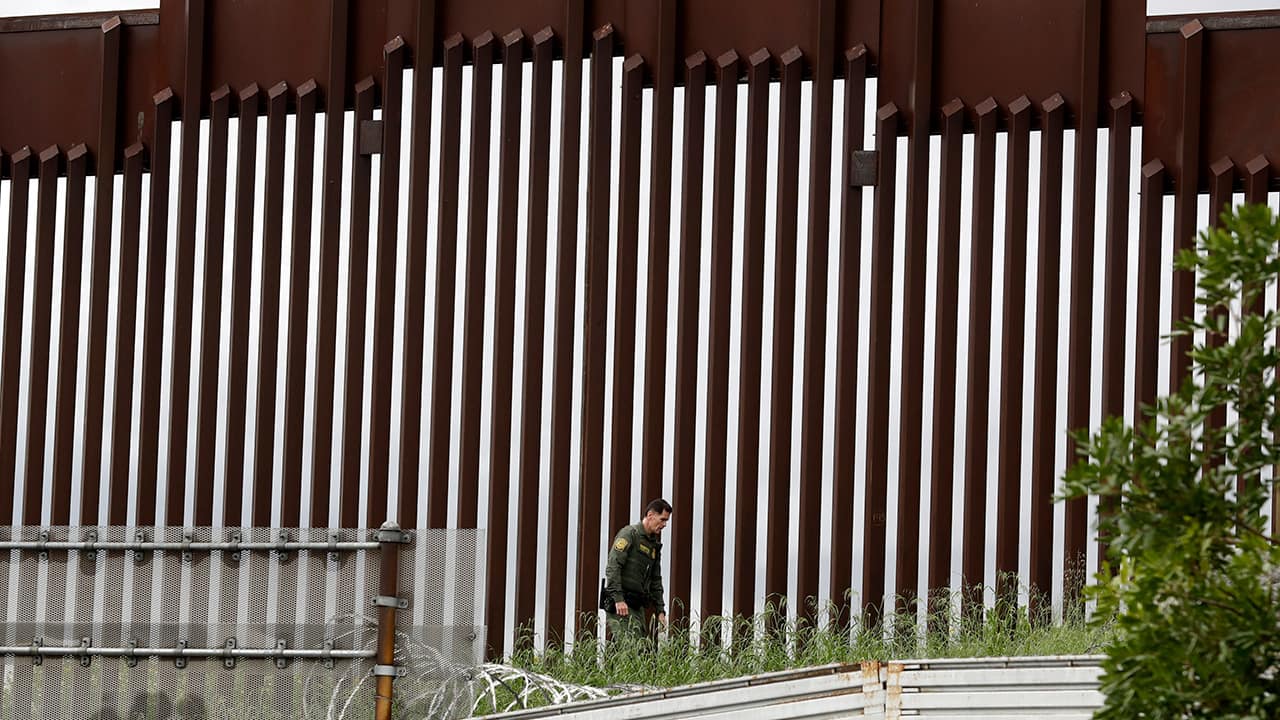 President Donald Trump is trying to keep his promised border wall with Mexico in the public eye during his reelection bid, touting it this week on a trip to Yuma, Arizona.

But the wall brought Trump unwanted attention Thursday when former White House adviser Steve Bannon was arrested on charges that he and three associates ripped off donors to an online fundraising effort that aimed to build a privately funded barrier.

Trump distanced himself from Bannon while claiming he knew nothing about the project and never supported it. Here are some questions and answers about where Trump stands on a signature campaign promise:

What Is the Status of the Border Wall?

The administration says it built 245 miles (392 kilometers) as of July 17 and is holding tight to the president’s promise to have 450 miles (724 kilometers) complete by the end of this year. It said in mid-July that 332 miles (531 kilometers) were in various phases of construction.

Nearly all construction under Trump’s watch has been to replace old and much shorter barriers with steel poles up to 30 feet (9.1 meters) high and filled with concrete. Barriers covered 658 miles (1,053 kilometers) as of mid-July. That’s about a third of the border and little changed from when Trump took office.

Trump said repeatedly during the campaign that Mexico would pay for the wall, but that has not happened. The administration says it has received about $5 billion from congressional appropriations. In addition, Trump has moved nearly $10 billion from the Defense Department to pay for the wall, a move that has so far survived legal challenges.

Earlier this month, the Army Corps of Engineers asked private contractors for ideas on how to build water barriers made of buoys. The Rio Grande separates Texas from Mexico. FILE – In this Nov. 21, 2018 file photo, United States Border Patrol agents stand by a vehicle near one of the border walls separating Tijuana, Mexico and San Diego, in San Diego. As of this week, the ACLU has filed nearly 400 lawsuits and other legal actions against the Trump administration, some meeting with setbacks but many resulting in important victories. Of the lawsuits, 174 have dealt with immigrant rights, targeting the family separation policy, detention and deportation practices, and the administration’s repeated attempts to make it harder to seek asylum at the U.S.-Mexico border. (AP Photo/Gregory Bull, File)

Who Built the Privately Funded Wall?

Fisher Industries, whose leader has advocated forcefully for the border wall in television appearances, built and largely funded the 3 miles (4.8 kilometers) of fence posts promoted by the group called We Build the Wall. In 2019, Fisher built a half-mile of steel-pole border fence on privately donated land in New Mexico near of El Paso, Texas

Fisher, based in Dickinson, North Dakota, has received about $2 billion in funding for wall contracts An analysis released in June by the Project on Government Oversight found that Fisher and Barnard Construction Co., based in Bozeman, Montana, had received the vast majority of wall contracts.

What Is the History of the Group Called We Build the Wall?

Brian Kolfage founded We Build the Wall in December 2018 as Congress battled over funding the wall. The former airman, a triple amputee who was severely wounded in Iraq, wrote on a GoFundMe page that he viewed the southern border as a national security threat. “I refuse to allow our broken political system to leave my family and my country vulnerable to attack,” he said.

By mid-January, the account had raised over $20 million (with a $1 billion goal) from about 325,000 donors, some who gave as little as $10. However, GoFundMe eventually refunded $6 million to some of those donors when Kolfage shifted the fundraiser to an official nonprofit called We Build the Wall Inc. 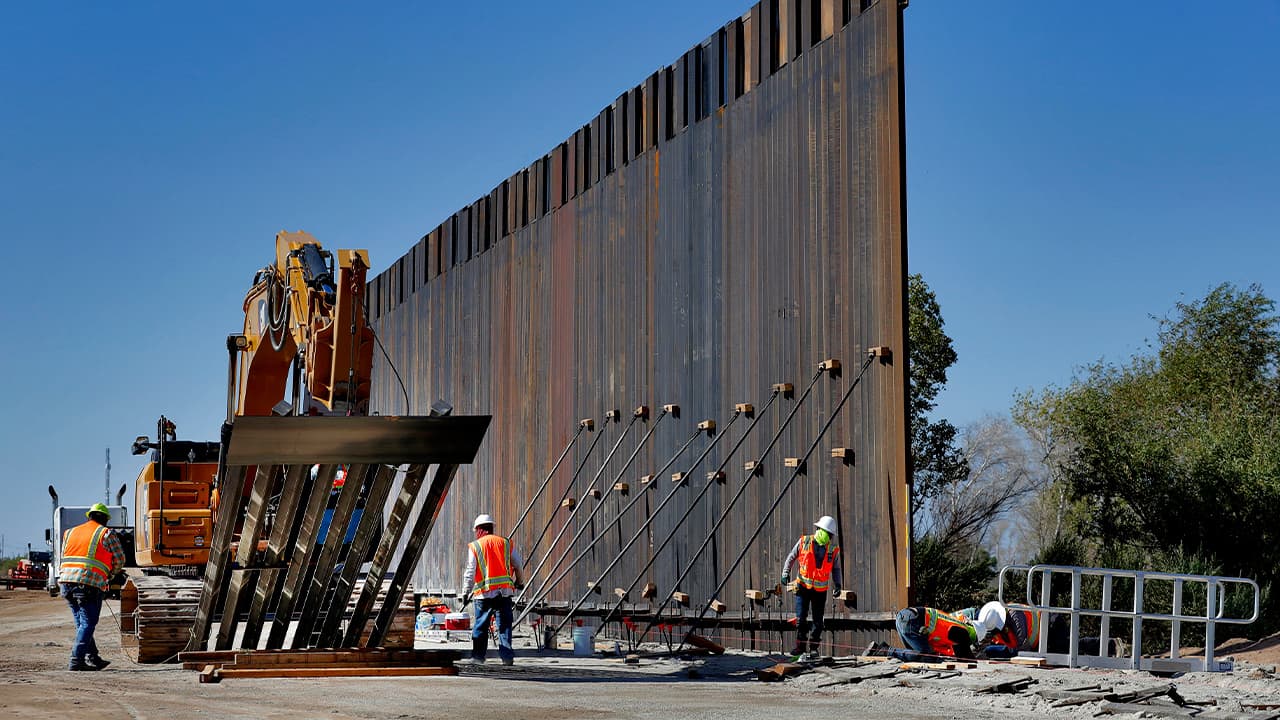 FILE – In this Sept. 10, 2019 file photo, government contractors erect a section of Pentagon-funded border wall along the Colorado River in Yuma, Ariz. The White House says construction of the U.S.-Mexico border wall will move forward after a federal appeals court ruling that frees up construction money. The 2-1 ruling on Wednesday halted a federal judge’s ruling in December that had prevented the government from spending $3.6 billion diverted from 127 military construction projects to pay for 175 miles of border wall. (AP Photo/Matt York)

The group moved quickly. By May 2019, it had cleared hurdles to begin building a half-mile stretch of border wall in Sunland Park, New Mexico, directly next to El Paso, Texas, and on the border with Juarez, Mexico.

In January, the group built a 3-mile (4.8 kilometers) stretch of fencing just 35 feet (10 meters) from the Rio Grande on private land in south Texas.

Within a few months, the International Boundary and Water Commission found that the wall violated water treaty obligations with Mexico and warned that it could worsen flooding in that area. Officials called on the group to make changes to the project.

The fence is much closer to the riverbank than other stretches of border wall built by the government, which builds farther away because the U.S. and Mexico have agreed to share water and electricity generated by the river. Significant construction in the floodplain could change the flow of water and potentially damage communities on either side.

In its letter, the commission drew some of the same conclusions as opponents of the project, saying that installing posts so close to the river could catch debris and deflect water flow in a way that would worsen flooding in a storm.