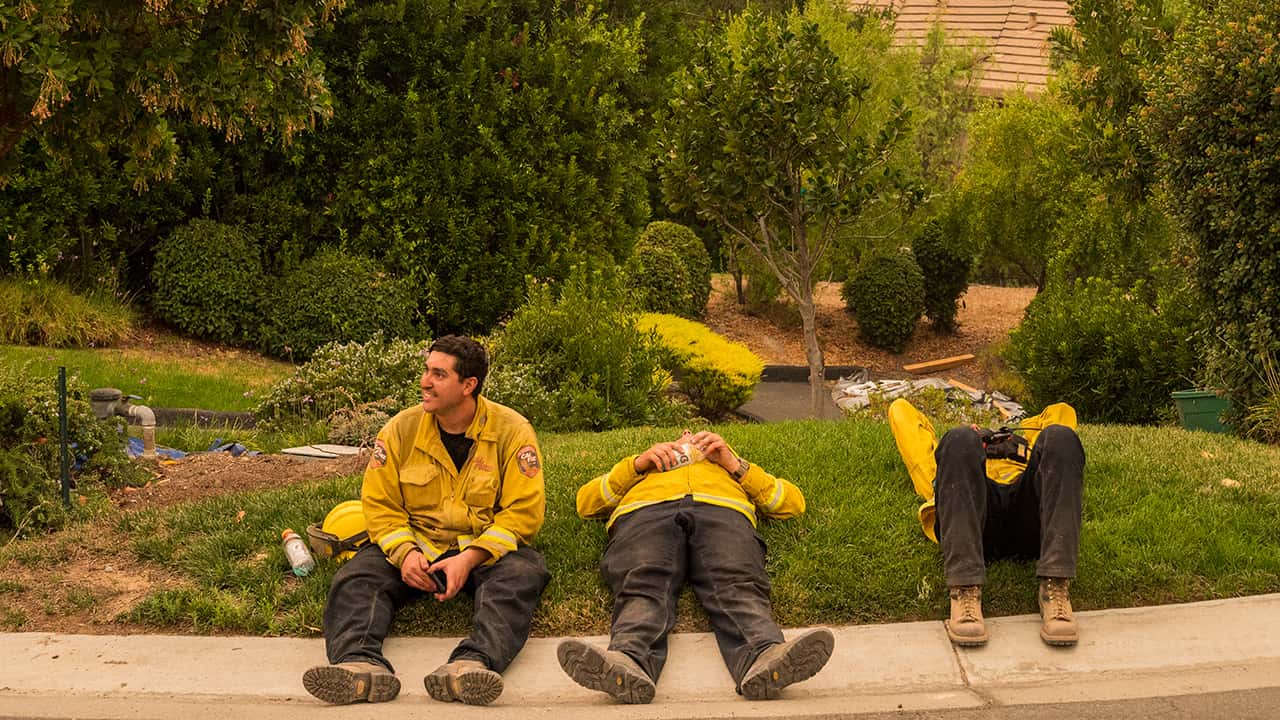 Kyburz, Calif.—Near the top of a 7,000-foot ridge in California’s Sierra Nevada, crews wielding gasoline-dripping torches began igniting piles of small logs and branches on an unusually cold morning late last September. Ignoring snow flurries and light rain, they trudged from one pile to another, nursing the flames that licked into pine needles and twigs on the surrounding ground and monitoring small trees that flared up like bonfires.

The fire starters worked their way down the mountain north of Caples Creek over the next week, their blazes efficiently controlled with the help of “lanes” that had been cleared of forest debris. They supervised flames racing across meadows that, remarkably, had not burned since at least 1916. Crews paid particular attention to the largest Jeffrey and ponderosa pines, some of them 300 years old. These trees had been protected in advance by volunteers, who had removed shrubs and raked fuels away from trunks that were more than 30 inches in diameter. By the time the flames were out, the Caples Ecological Restoration Project had burned 3,435 acres in the mountainous watershed of Eldorado National Forest, 70 miles east of Sacramento—part of an area that provides the primary water supply for more than 110,000 people. It was the largest intentional fire ever set in the Sierra Nevada and one of the largest on federal land in the state.