Democrats Pound Their Message: To Oust Trump, You Must Vote 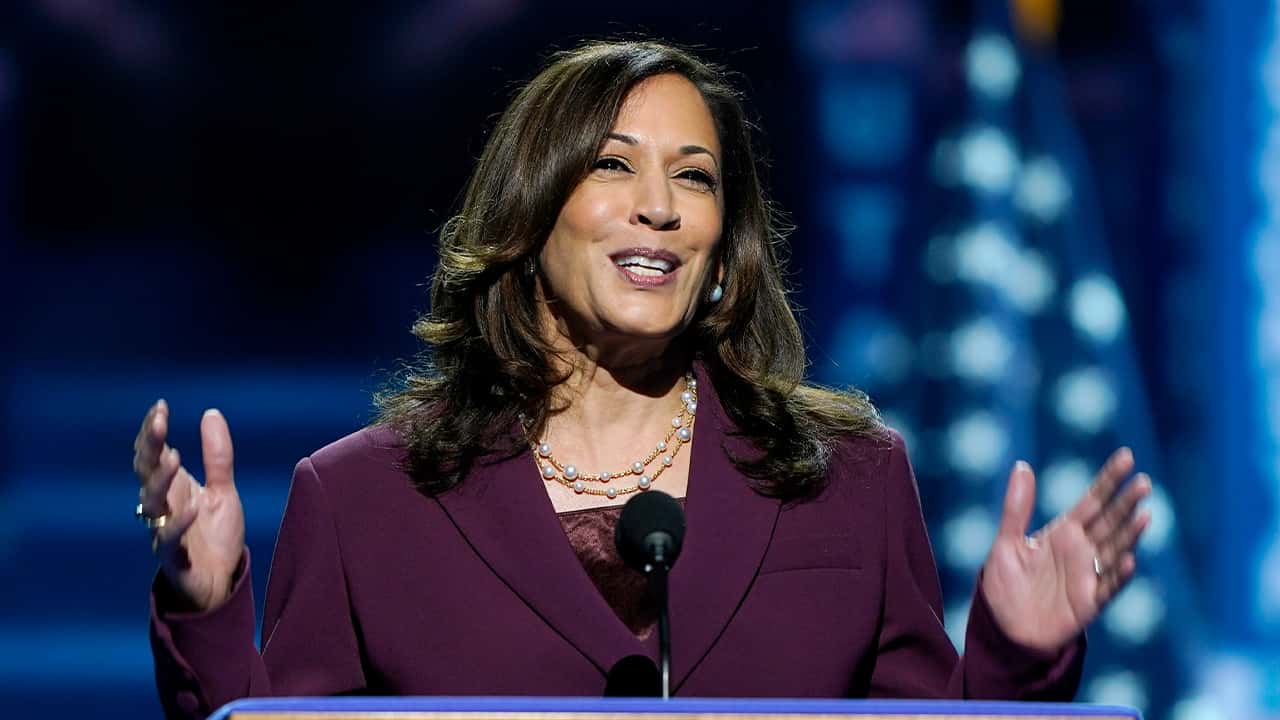 WILMINGTON, Del. — Former President Barack Obama warned that American democracy could falter if President Donald Trump is reelected, a stunning rebuke of his successor that was echoed by Kamala Harris at the Democratic Convention as she embraced her historic role as the first Black woman on a national political ticket.

Obama, himself a barrier breaker as the nation’s first Black president, pleaded with voters Wednesday night to “embrace your own responsibility as citizens — to make sure that the basic tenets of our democracy endure. Because that’s what is at stake right now. Our democracy.”

Obama, himself a barrier breaker as the nation’s first Black president, pleaded with voters Wednesday night to “embrace your own responsibility as citizens — to make sure that the basic tenets of our democracy endure. Because that’s what is at stake right now. Our democracy.”

Throughout their convention, the Democrats have summoned a collective urgency about the dangers of Trump as president. In 2016, they dismissed and sometimes trivialized him. Now they are casting him as an existential threat to the country. The tone signals anew that the fall campaign between Trump and Joe Biden, already expected to be among the most negative of the past half-century, will be filled with rancor and recrimination.

Yet on the third night of the Democrats’ four-day convention, party leaders also sought to put forward a cohesive vision of their values and policy priorities, highlighting efforts to combat climate change and tighten gun laws. They drew a sharp contrast with Trump, portraying him as cruel in his treatment of immigrants, disinterested in the nation’s climate crisis and in over his head on virtually all of the nation’s most pressing challenges.

Democrats also demonstrated a hope that Biden, a 77-year-old white man, can revive the coalition that helped put Obama into office, with minorities, younger voters and college-educated women blunting Trump’s lock on many white and rural voters.

The evening marked a celebration of the party’s leading women, including remarks from Hillary Clinton, the first woman to become a major ticket presidential nominee; House Speaker Nancy Pelosi and Massachusetts Sen. Elizabeth Warren, who challenged Biden during the primary and is now supporting his campaign. Just 75 Days Before the Election, Biden Must Energize the Disparate Factions

Harris, a 55-year-old California senator and the daughter of Jamaican and Indian immigrants, addressed race and equality in a personal way Biden cannot when he formally accepts his party’s presidential nomination on Thursday.

“There is no vaccine for racism. We have got to do the work,” Harris said, her words emphatic though she was speaking in a largely empty arena near Biden’s Delaware home.

“We’ve got to do the work to fulfill the promise of equal justice under law,” she added. “None of us are free until all of us are free.”

Just 75 days before the election, Biden must energize the disparate factions that make up the modern Democratic Party — a coalition that spans generation, race and ideology. And this fall voters must deal with concerns over the COVID-19 pandemic that has created health risks for those who want to vote in person — and postal slowdowns for mail-in ballots, which Democrats blame on Trump.

Democrats hope that Harris and Obama in particular can help bridge the divide between those reassured by Biden’s establishment credentials and those craving bolder change.

The pandemic forced Biden’s team to abandon the traditional convention format in favor of an all-virtual affair that has eliminated much of the pomp and circumstance that typically defines political conventions. It was completely silent, for example, as Harris took the stage to make history at the Chase Center in downtown Wilmington. She was flanked by American flags but no family, and her audience consisted of a few dozen reporters and photographers.

After two nights that featured several Republicans, the proceedings on Wednesday emphasized core Democratic values on areas like climate change and gun violence that particularly resonate with younger voters.

Trump Will Stop Near His Democratic Rival’s Birthplace of Scranton

On guns, Biden wants to repeal a law shielding firearm manufacturers from liability lawsuits, impose universal background checks for purchases and ban the manufacture and sale of assault weapons and high capacity magazines. On climate, Biden has proposed a $2 trillion plan to invest in clean energy and end carbon emissions from U.S. power plants by 2035, even though his proposals don’t go as far as activists’ preferred Green New Deal.

It’s Trump’s turn next. The Republican president, who abandoned plans to host his convention in North Carolina and in Florida, is expected to break tradition and accept his nomination from the White House lawn.

Wednesday night, former Arizona Rep. Gabby Giffords reflected on her own journey of pain and recovery from a severe brain injury nearly a decade after being shot while meeting with constituents. She urged America to support Biden.

“I struggle to speak, but I have not lost my voice,” Giffords said. “Vote, vote, vote.”

It’s Trump’s turn next. The Republican president, who abandoned plans to host his convention in North Carolina and in Florida, is expected to break tradition and accept his nomination from the White House lawn.

In the meantime, he’s seeking to take attention from Biden. Trump will stop near his Democratic rival’s birthplace of Scranton, Pennsylvania, on Thursday.

Late Wednesday, Trump tweeted about Obama and Clinton, taunting: “Welcome, Barack and Crooked Hillary. See you on the field of battle!”

Clinton implored Democrats in her speech to turn out in larger numbers in November to block his reelection.

“For four years, people have said to me, ‘I didn’t realize how dangerous he was.’ ‘I wish I could go back and do it over.’ Or worst, ‘I should have voted,’” said Clinton, the first woman nominated president by a major party. “Well, this can’t be another woulda coulda shoulda election.”

“Vote like our lives and livelihoods are on the line,” she added, “because they are.”

Obama spoke harshly of Trump, too. “Donald Trump hasn’t grown into the job because he can’t,” Obama said, speaking from the Museum of the American Revolution in Philadelphia, a backdrop chosen to reinforce what the former president sees as the dire stakes of the moment.

“I have sat in the Oval Office with both of the men who are running for president,” Obama continued, describing Biden as his brother. “I never expected that my successor would embrace my vision or continue my policies. I did hope, for the sake of our country, that Donald Trump might show some interest in taking the job seriously.”

Obama confidants say that the former president’s support for Biden is unequivocal, but he worries about enthusiasm among younger voters, particularly younger voters of color. Democrats concede that one of the reasons Trump won the presidency in 2016 was because those voters didn’t show up in the same large numbers as when Obama was on the ballot.

Beyond the carefully scripted confines of the virtual convention, there were modest signs of tension between the moderate and progressive wings of Biden’s Democratic Party.

In particular, some progressives complained that pro-Biden Republicans such as Ohio Gov. John Kasich have been featured more prominently than the party’s younger progressive stars like New York Rep. Alexandria Ocasio-Cortez.

Climate activists also complained that the party appeared ready to drop a provision in the platform that calls for an end to fossil fuel industry subsidies and tax breaks.

Warren, a favorite of progressives for demanding bold change, spoke for around five minutes.

And while Warren urged people to vote for Biden and gave a hearty endorsement for several of his economic and child care plans, she hinted that she would not retreat from her push for a more progressive agenda should her party retake the White House.