Facebook Faces Lawsuits As It Ramps up Voter Fact-Checking 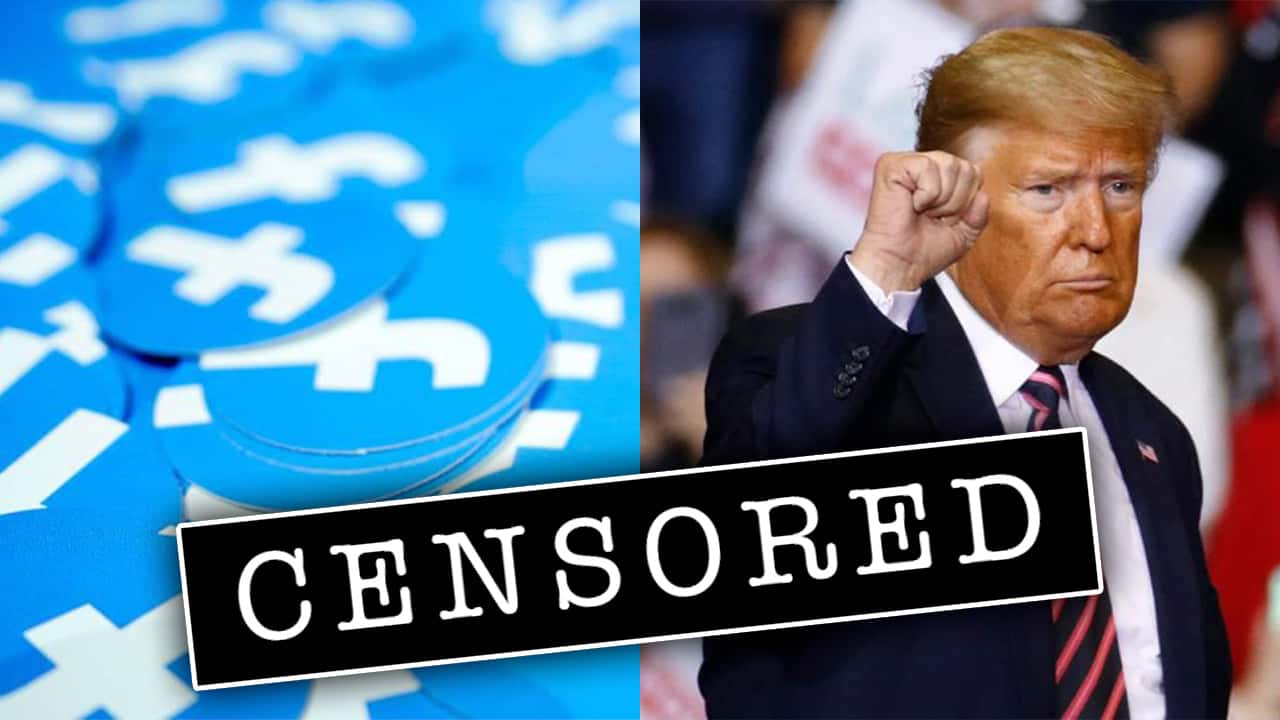 Facebook wants to make sure its users have accurate and fair information about the election.

However, critics — including President Donald Trump — say the widely-used platform engages in censorship.

Through its Voting Information Center launched last week, the social media giant also wants to register voters, with a goal of four million.

The company has come under scrutiny, from politicians and free-speech activists, for the way it monitors and censors posts. A national group opposed to child vaccinations filed suit this week claiming illegal censorship.

In an interview with GV Wire℠, a Facebook executive says the company is helping public discourse.

“We’ll also have facts about voting to help prevent and address any confusion about the voting process,” Woods said.

Information comes from official sources like state and local election officials. For more political speech, Woods says they will let users know the source of the post.

Woods said such misinformation includes wrong polling location information or other untruths about voting for a certain candidate. 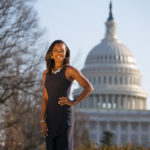 “We have a very extensive content team who combs our policies and looks very carefully at the posts that (Trump) makes to make sure it doesn’t cross the line … You know it when you see it.” — Facebook executive Erica Woods

Trump has often complained about media censorship. Earlier this month, he repeated some of his complaints on Geraldo Rivera’s radio show in Cleveland.

“They’re doing anybody, on the right, anybody, any Republican, any conservative Republican is censored and look at the horrible things they say on the left,” Trump said as reported by Bloomberg.

“We will make sure to either flag or remove that content because that does take things far beyond political speech. So, yes, he applies to the rules just like everybody else.”

Given the partisan reactions, for and against Trump, how does Facebook determine the difference between a violation and political messaging?

“It’s a case-by-case basis. We have a very extensive content team who combs our policies and looks very carefully at the posts that he makes to make sure it doesn’t cross the line,” Woods said. “You know it when you see it.”

Facebook’s Role in the Flow of Information

David Greene, the civil liberties director with the Electronic Frontier Foundation, says Facebook has a legal right to moderate its site, just as it has a right to not filter posts.

Greene offers Facebook advice on how to screen material while fostering a free discussion.

“The failure to act against something that is widely acknowledged as a problem — voter misinformation on its site — would be a nonsensical omission. What we urge is that any moderation decision be made within a human rights framework, and we have urged Facebook and all other platforms to adopt moderation practices consistent with the Santa Clara Principles,” Greene said via email.

The Santa Clara Principles are a set of transparency standards devised by EFF, the ACLU Foundation of Northern California, and several other civil rights advocates.

They call for being public about the number of posts removed, providing the reasons why accounts are suspended, and a method to appeal such decisions.

“They will be applying links to all of the organic content that discusses voting and act related to elections, social issues, politics. So you will be seeing that kind of bipartisan organic content on the platform,” Woods said.

The fact-checking goes beyond the upcoming election. Children’s Health Defense filed a lawsuit against Facebook this week, saying the company conspired with government agencies to censor information about vaccines.

Woods insists that Facebook is an open platform for people to share information, even if some people label the info as a conspiracy theory.

“When it comes to political speech unless it’s preventing someone from voting, we just make sure that they know the source of that information, the source of the article or video that’s being shared,” Wood said. “But we let people determine themselves what they want to instill and vote on.”

“I don’t know if they want me or anyone else determining what’s fact and what fiction and in terms of some conspiracy,” Woods said.

Earlier this month, Facebook deleted a QAnon group, followed by 200,000 users. QAnon is a movement that believes there is a state conspiracy against Trump. QAnon’s followers also say there is a network of Satan-worshiping pedophiles who control politicians and the media.

“It gets to the point where it kind of crosses those community standard guidelines. … If it’s sharing opinions and ideas, have at it. But we always encourage people to make sure they’re following our community standards and guidelines so that we can have a safe platform.”

Some of the guidelines, according to Woods, involve intimidation and “inappropriate speech.” A woman holds a “We Are Q” sign at a “Make America Great Again” rally in Wilkes-Barre, Pennsylvania, on Aug. 2, 2018. “Q” stands for QAnon. (Shutterstock)

Facebook has independent fact-checkers, and an independent council to resolve disputes when posts get flagged.

“Facebook’s use of so-called ‘independent fact-checkers’ are neither independent nor fact-based — (but) to create oppositional content on CHD’s page, literally superimposed over CHD’s original content, about open matters of scientific controversy,” CHD said.

Facebook’s Woods says the independent council is made up of non-employees that include educators, journalists, and politicians.

“The group is completely widespread and diverse. They can actually hold power to determine whether the content was improperly taken down,” Woods said.

Greene, with EFF, says it’s impossible to get everything right.

“We have seen repeatedly among all platforms that content moderation at scale is impossible to do perfectly — so mistakes, lots of them, will be made — and really, really hard to do well,” Greene said. “It’s inevitable that correct posts will be wrongly removed and incorrect posts will not be caught. This is why appeals processes are so important.”

The company helped fund the Report for America effort, which helped hire journalists locally at Radio Bilingue and The Fresno Bee.

Apple Is 1st US Company to Be Valued at $2 Trillion