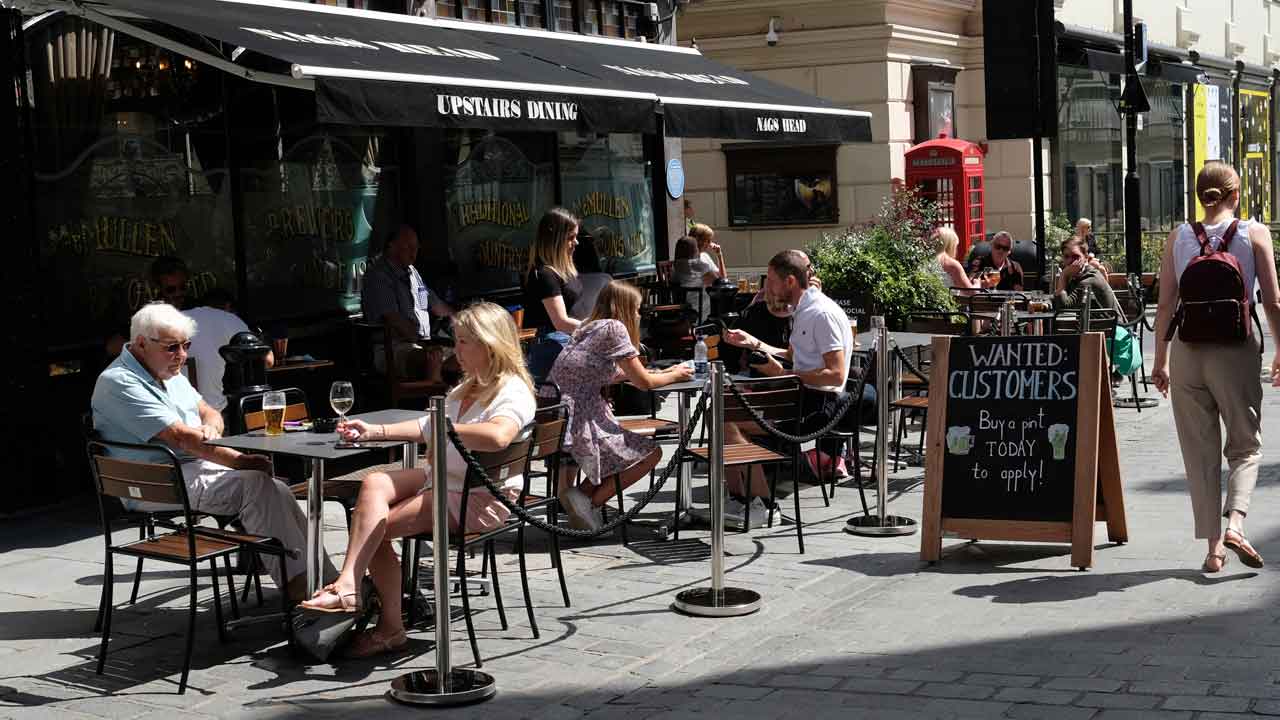 Everyone, it seems, loves a discount especially when it’s on the government’s credit card.

Early indications suggest that hungry, and often nervous, customers are being enticed back to restaurants in the U.K. as a result of a British government program that provides discounts from Monday to Wednesday this month. The plan aims to protect jobs in a sector that was hit hard during the coronavirus pandemic.

New figures published Tuesday by the Treasury show food outlets claimed for over 35 million discounted meals in the first half of August with the number of covers more than tripling in the second week, when much of the country was basking in unusual tropical heat.

Customers Get 50% Discount for Dining Out

Under the program, sitting customers can receive a 50% discount on food and non-alcoholic drinks at participating restaurants between Monday and Wednesday up to 10 pounds ($13) per person. Food outlets from Michelin-starred outlets to international burger chains can then get the discount reimbursed by the government within five days. So far, it has cost the government 180 million pounds ($235 million). It has previously estimated the total cost of the plan at 500 million pounds.

The so-called “Eat Out to Help Out” program is being used by around 85,000 restaurants, or nearly two-thirds of those eligible, in the hope that it will encourage people to return to dining out, particularly in the traditionally fallow early-week period.

Restaurants and other food outlets such as pubs were only allowed to reopen on July 4, more than three months after they were closed as part of the coronavirus lockdown.

Local favorites have also seen an uptick in business, including the south Indian vegetarian restaurant, Rasa, in Stoke Newington, in north London.

“This makes the customers come out,” said assistant manager Musthafa Kunnummal. “So they may start coming out during the weekends. They are a bit more confident to go out to restaurants. I really appreciate this — it did a great job.”

The government is hoping that the program will stave off job losses.

“Today’s figures show that Britain is eating out to help out with at least 35 million meals served up in the first two weeks alone,” said Treasury chief Rishi Sunak. “That is equivalent to over half of the U.K. taking part and supporting local jobs in the hospitality sector.”

Concerns About Slump After Program Ends

When it was launched many critics said the plan was just a gimmick to generate headlines, with many fearing that any rebound in August would lead to a slump in later months.

Francesco Messinas, general manager at Café Amisha, an Italian restaurant in Bermondsey, south London, appears to be more vexed by the end of summer than the end of the discount program.

“75% of my customers sit outside,” Messinas said. “Sometimes, when people see that the outside is full and they can only sit inside, they decide to leave.”

But for now, Messinas is grateful for the help.

“It encourages people to trust the establishment,” he said. “I want people to feel safe.”