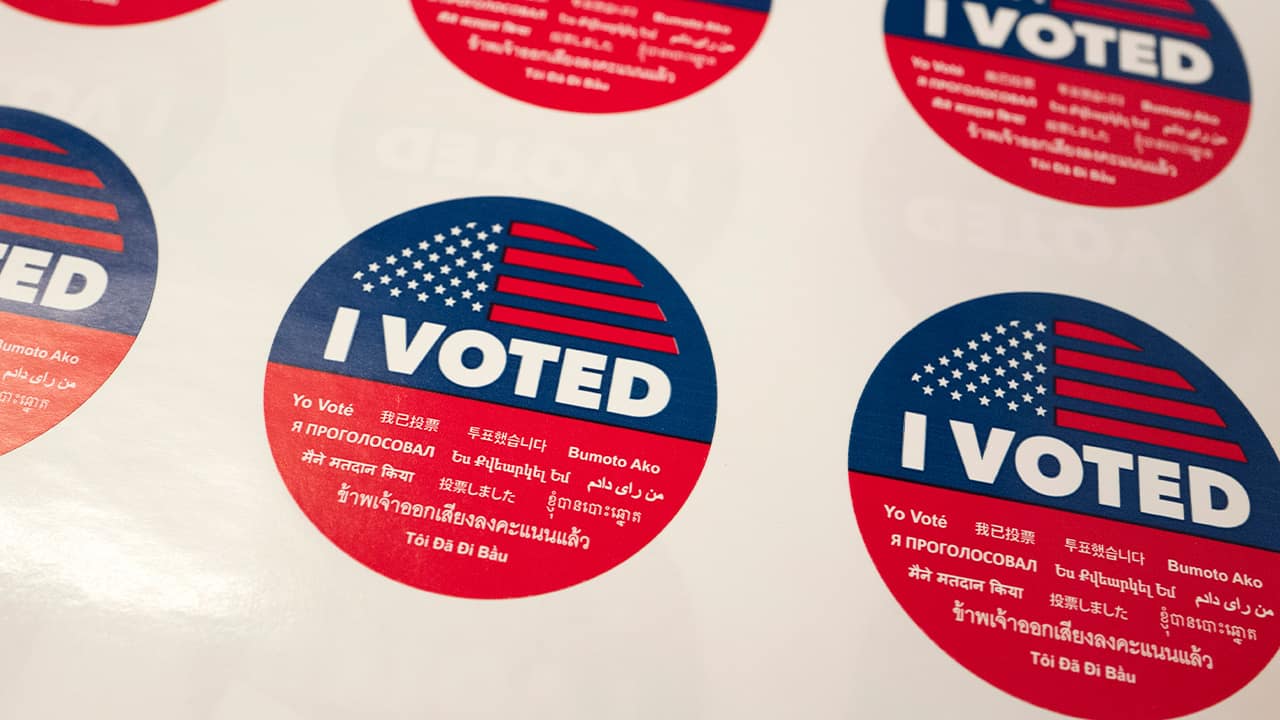 LOS ANGELES — Democrats are strengthening their hold on California, a state the party has dominated for years, voter registration figures showed Thursday.

Figures issued by Secretary of State Alex Padilla showed Democrats eclipse Republicans by nearly a 2-1 margin. Independents, those voters not affiliated with any party, also continue to outnumber GOP voters, though narrowly.

The data also showed that 83.5% of eligible Californians are registered to vote — the highest percentage heading into a general election in 68 years.

Padilla said in a statement that despite the COVID-19 pandemic, the state is on track to hit 21 million registered voters before the November election, which would be a record.

Republican registration has dwindled to 24%, down from 27% at the same time before the 2016 presidential election. Republican numbers actually increased slightly from 2018, by about 280,000 voters, but the party’s overall percentage has been dropping as most new voters are registering as independents or Democrats.

Democratic registration was pegged at 46%, up 1 percentage point since 2016. The party added over 1 million new voters since 2018.

Democrats Have a Tight Hold on California Political Power

The latest data underscore trends that have seen the GOP become largely irrelevant in statewide politics, though the party retains pockets of political influence, particularly in rural areas.

Democrats have a tight hold on California political power, holding every statewide office, controlling both chambers of the Legislature and counting a nearly 4.7 million-voter edge in registrations over the GOP.

Republicans hold just seven of California’s 53 House seats. President Donald Trump lost the state by over 4 million votes in 2016. The last Republican who carried the state in a presidential election was George H.W. Bush in 1988.

The widening Democratic edge is unwelcome news for Republicans hoping to regain ground in California in November.

The GOP hit a humiliating low in 2018 when Democrats picked up seven Republican U.S. House seats in the state, even driving Republicans out of the one-time conservative fortress of Orange County.

In one battleground House district north of Los Angeles, the 25th, Democrats have padded their registration advantage, jumping from about 17,000 in 2018 to over 30,000 this year, the figures showed. Republican Rep. Mike Garcia, who grabbed the seat in a special election in May after the resignation of former Democratic Rep. Katie Hill, is trying to hold off a challenge from Democrat Christy Smith.

Another tough race is shaping up in the 48th District, where freshman Democratic Rep. Harley Rouda is facing Republican Michelle Steel, who heads the county Board of Supervisors. Republicans held a nearly 9-point registration edge in 2018, when Rouda captured the seat, but that’s been cut to a 5-point GOP edge, figures showed.

Related Topics:2020 ElectionVoting
Up Next