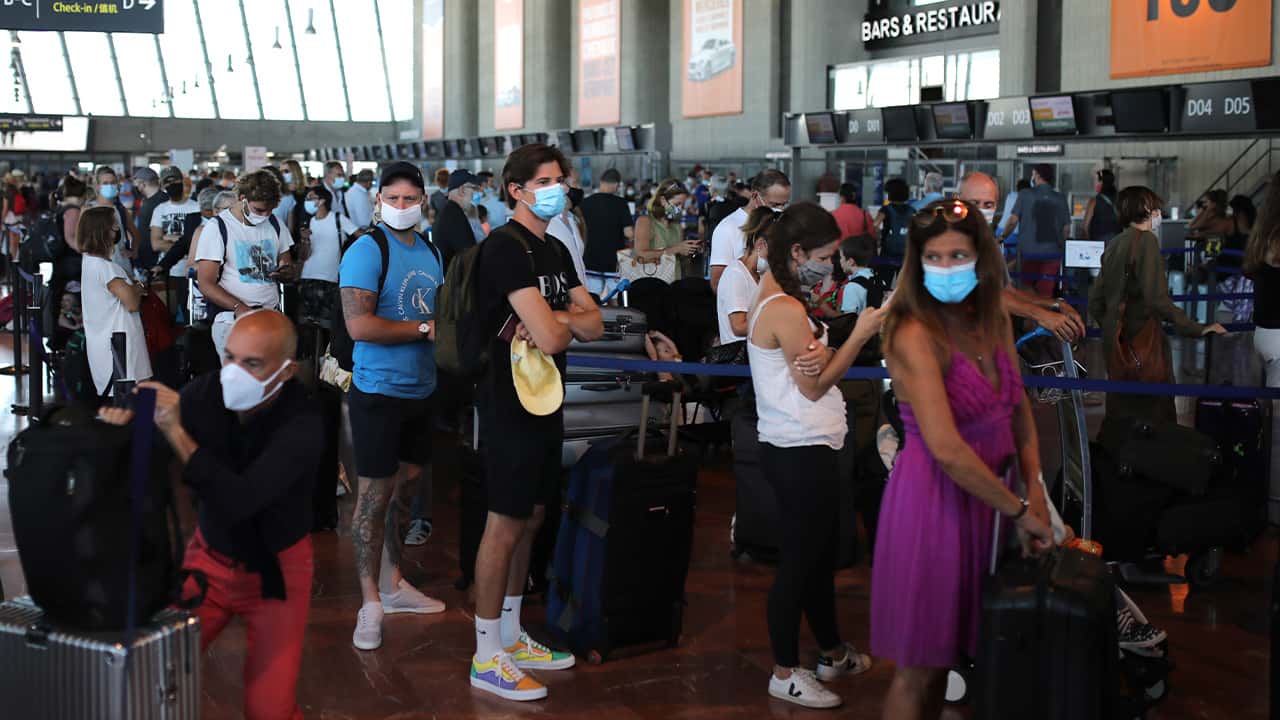 PARIS — New flareups of COVID-19 are disrupting the peak summer vacation season across much of Europe, where authorities in some countries are reimposing restrictions on travelers, closing nightclubs again, banning fireworks displays and expanding mask orders even in chic resort areas.

The surges have spread alarm across Europe, which suffered mightily during the spring but appeared in recent months to have largely tamed the coronavirus in ways that the U.S., with its vaunted scientific prowess and the extra time to prepare, cannot seem to manage. The continent’s hardest-hit countries, Britain, Italy, France and Spain, have recorded about 140,000 deaths in all.

In addition to clubs and alcohol-fueled street parties, large family gatherings – usually abounding with hugs and kisses — have been cited as a source of new outbreaks in several European countries.

A new public awareness campaign by Spain’s Canary Islands depicts a family gathering for a grandfather’s birthday, with people taking off masks and embracing. The grandfather ends up in a hospital bed with COVID-19.

In France, thousands of vacationing Britons scrambled to return home Friday to avoid having to self-quarantine for 14 days following Britain’s decision to reimpose restrictions on France because of a resurgence of infections there. Ferries added extra trips back to England, and trains were running out of space.

Some of the toughest new measures were announced in Spain, which has recorded almost 50,000 confirmed COVID-19 cases in the past 14 days.

Health Minister Salvador Illa, after an emergency meeting with regional leaders, said nightclubs nationwide were ordered to close. Visits to nursing homes will be limited to one person a day for each resident for only one hour.

“We can’t be undisciplined,” Illa said.

The Mayor of Anzio Banned All Overnight Access to the Beach

In Italy, also faced with a surge of cases, seaside towns announced new restrictions, including bans on fireworks at beaches. The moves came just ahead of Italy’s biggest summer holiday, Ferragosto, which millions of Italians celebrate at the seashore, in the mountains or on trips abroad.

The mayor of Anzio banned all overnight access to the beach, while San Felice Circeo, a popular weekend getaway for Romans, ordered masks worn outdoors. On the chic island of Capri, an order requiring masks outdoors from evening to nearly dawn was expanded by the mayor to the entire day.

Masks also are now also required in the streets of Amalfi, a picturesque coastal tourist town.

With some of Italy’s 200-plus infection clusters traced to patrons of crowded seaside dance clubs, the governor of Calabria, the region that forms the toe of Italy, ordered such nightspots closed.

The outbreaks and new restrictions in Europe shouldn’t come as a surprise, said Josh Michaud, associate director of global health policy with the Kaiser Family Foundation in Washington.

“Even the smallest chink in the armor can lead to an outbreak if you’re not careful,” Michaud said. “In no country have we approached herd immunity, and we don’t have a vaccine.”

In Greece, authorities strongly recommended people wear masks for a week indoors and out in public areas after returning from domestic vacation destinations with a high COVID-19 incidence.

Gatherings of more than nine people were prohibited on two popular Greek resort islands, Paros and Antiparos, and a ban on restaurants, bars and nightclubs operating after midnight was expanded to more parts of the country, including Athens. The steps came as Greece recorded its second-highest daily infection numbers — 254 new cases.

In France, amid growing fears of a second spike of contagion, the head of the country’s national health service said Paris and Marseille have been declared at-risk zones. “The situation is deteriorating from week to week,” the official, Jérôme Salomon, said on France Inter radio.

The British government said it was compelled to impose the quarantine requirement on people returning from France in light of a 66% increase in infections in France in the past week. The requirement applied to anyone returning after 4 a.m. on Saturday.

Philip Alston, who was looking after three cats for a French couple in Paris, reluctantly decided to return to Britain.

“Fortunately, they said in the case of this happening, they had a stand-by helper,” he said before boarding a Eurostar train to London. “So I’m really upset because I was having a good time looking after the cats and exploring Paris.”

The quarantine decision is a big blow to France’s tourism industry, which relies heavily on travelers from Britain.

There also were worrisome developments in other parts of the world:

–India’s death toll overtook Britain’s to become the fourth-highest in the world, with another single-day record increase in cases Friday. The number of dead hit more 48,000, behind the United States, with over 167,000; Brazil, with more than 105,000; and Mexico, with over 55,000.

–New Zealand’s government extended a lockdown of its largest city, Auckland, for 12 more days as it tries to stamp out its first domestic outbreak in more than three months, involving 30 people. Until the cluster was discovered Tuesday, New Zealand had gone 102 days with no reports of infections spreading in the community. The only known cases involved travelers arriving from abroad.

–A man in his 20 became the youngest person to die of the coronavirus in Australia. He was among 14 new deaths and 372 new infections reported by Victoria state health officials in an outbreak centered in Melbourne.

— In Toronto, health officials said as many as 550 people may have been exposed to COVID-19 at a strip club last week and urged them to quarantine themselves for 14 days.