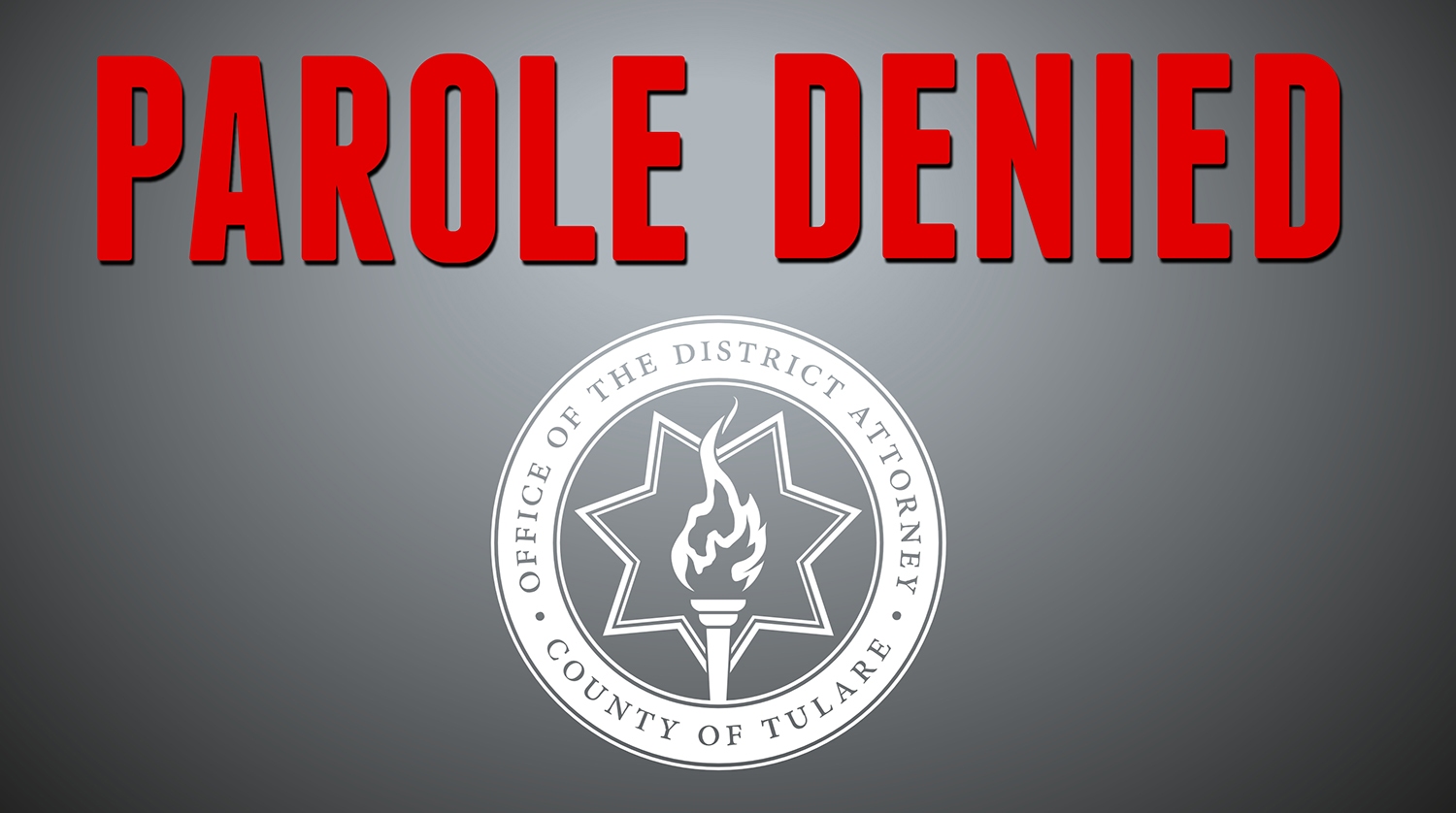 Instead, Sanchez agreed with the Tulare County District Attorney’s assessment that he wasn’t suitable for parole.

And, it was stipulated that Sanchez, 45, would serve five more years before re-applying for parole.

Sanchez was 17 when he beat an elderly couple to death in their Pixley home on Easter Sunday in 1992 and 10 days later beat a 72-year-old Pixley man unconscious.

Robbery was the motive in both cases.

Sentenced to Life Without Parole

Two years later, Sanchez was convicted on two counts of first-degree murder, as well as other charges, and sentenced to life without the possibility of parole.

However, state law grants parole eligibility to offenders who committed their crimes before age 18 and have served 25 years.

“In 1994, the family of these victims stood in court and were told that the person who beat their loved ones to death in their own home would never get out of prison,” Tulare County District Attorney Tim Ward said in a news release.

“If truth in sentencing was real, the only thing this family would have left to do is cherish the memories of those who were callously taken from them. Instead, they now have to endure the terrible details of that night’s events at parole hearing after parole hearing to plead their case that they should be afforded the justice that was promised to them in 1994.”