Walters: An Official Crusade Against Proposition 22 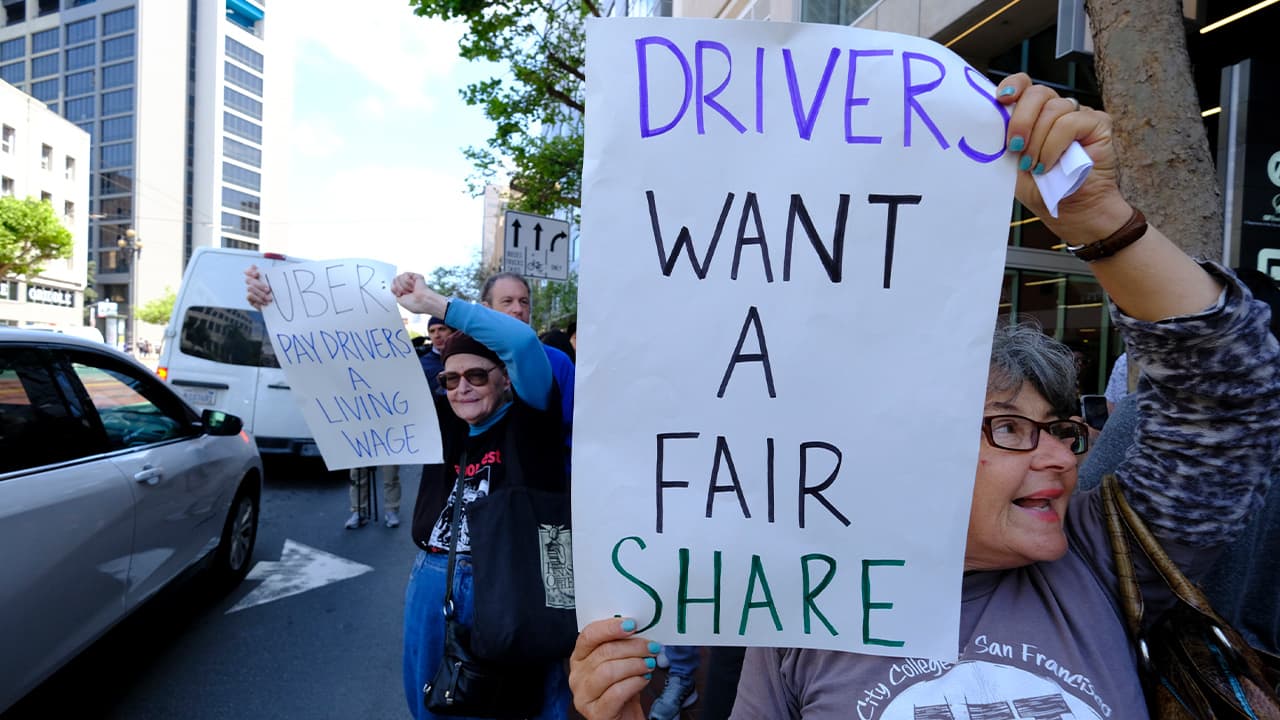 Reasonable people can disagree whether the business model of Uber, Lyft and other transportation services is a model of flexible part-time work or cruelly exploits non-employee workers.

Their drivers, often using their own vehicles, are paid by the ride, giving rise to the term “gig economy.”

Uber, et al, contend that they give drivers opportunities to voluntarily supplement their incomes by working whenever it suits them. It’s not uncommon for someone to simultaneously drive for both Uber and Lyft.

The model, however, is unsettling to unions and their political allies, who contend that it deprives gig workers of rights and benefits of being on the payroll, such as contributions for Social Security and Medicare benefits and overtime pay. As independent contractors, gig workers also cannot be union members.

Two years ago, the state Supreme Court essentially declared gig work to be an illegal misclassification and the Legislature followed up with a hotly contested measure, Assembly Bill 5, that put the decision into law with very few exceptions.

Uber, et al, responded with a ballot measure that would exempt them from the legislation while offering gig workers some employee-like benefits.

Ostensibly, then, voters will decide whether gig work is an appropriate new model or an abomination when they either pass or reject Proposition 22.

However, the anti-Proposition 22 coalition — unions and their political allies — is not content to just let voters decide, but is waging an all-out pre-election crusade through official channels, essentially inserting government into a political campaign.

It closely mirrors the anti-Proposition 22 campaign theme and the companies challenged it in court, only to lose as judges affirmed Becerra’s wide discretion to write ballot measure summaries.

Becerra and some city attorneys also sued Uber and Lyft for continuing to classify their drivers as independent contractors despite the passage of AB 5 and this week, San Francisco Superior Court Judge Ethan Schulman ruled against the companies.

Schulman said the companies’ employment practices are depriving drivers “of the panoply of basic rights to which employees are entitled under California law.”

“Our state and workers shouldn’t have to foot the bill when big businesses try to skip out on their responsibilities,” Becerra said in a statement. “We’re going to keep working to make sure Uber and Lyft play by the rules.”

The Battle That Pits the Gig Worker Companies Against Unions

“The vast majority of drivers want to work independently, and we’ve already made significant changes to our app to ensure that remains the case under California law,” Uber spokesperson Davis White said in a statement.

A few days earlier, state Labor Commissioner Lilia Garcia-Brower sued Uber and Lyft to recover back wages for drivers that allegedly had been cheated out of pay by misclassification, thus inserting Gov. Gavin Newsom’s administration into the pre-Proposition 22 drive.

Finally, the author of AB 5, Assemblywoman Lorena Gonzalez, a San Diego Democrat, has proposed another crackdown in a new bill.

The battle that pits the gig worker companies against unions and Democratic politicians began when the state’s economy was booming. In the throes of deep recession, Proposition 22’s fate may hinge on whether voters perceive gig work as a lifeline for the unemployed or see gig companies as part of the economic problem.