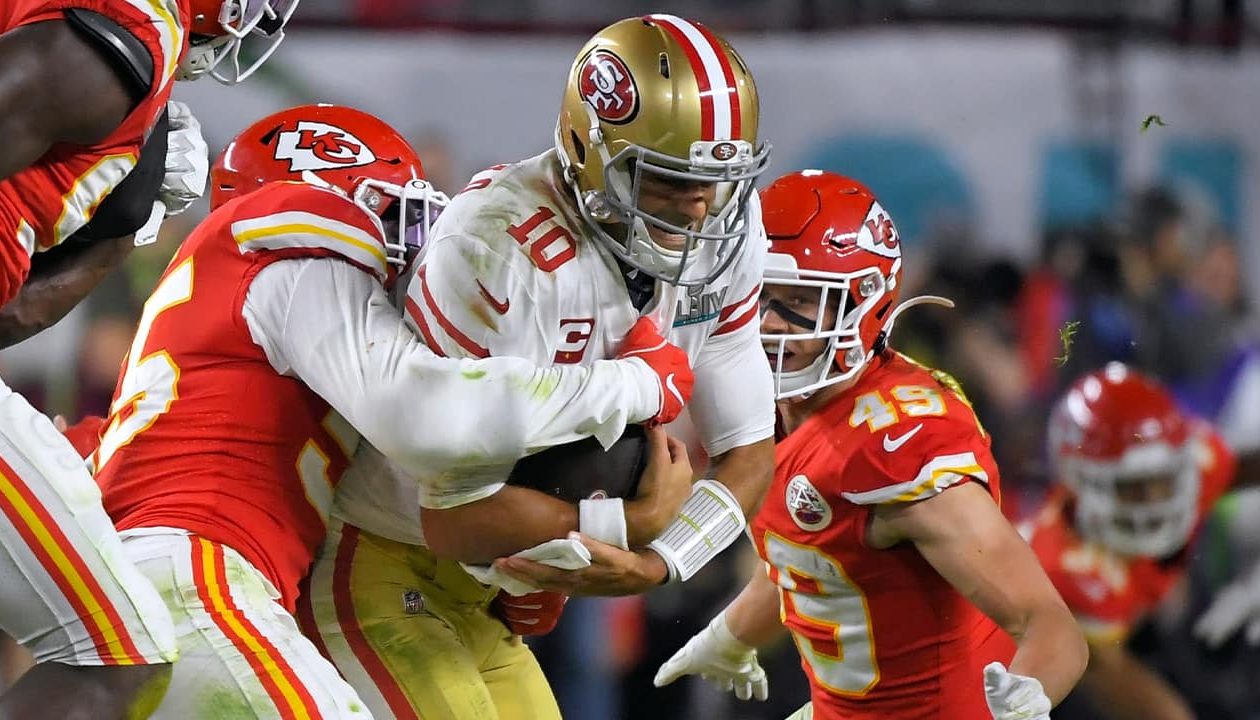 Nick Bosa said he hasn’t been able to watch the fourth quarter of the Super Bowl even once. Jimmie Ward needed to wait more than a month to pop in that tape and has watched it maybe 20 times.

The Super Bowl loss that came after San Francisco blew a 10-point fourth-quarter lead over the Kansas City Chiefs still hovers over the 49ers six months later as they begin preparations for what they hope will be a title run this time.

“We all have that ingrained in our brain,” defensive lineman Arik Armstead said. “It’s all motivating us and pushing us to get back there. I think we had such an amazing year last year and we want to continue to get better and move forward. I know we’re all excited to get back to work and try to get back to Super Bowl and win this time.”

The Niners could taste a title win last February when they took a 20-10 lead into the fourth quarter against Patrick Mahomes and the Chiefs.

But the offense stalled and the defense gave up three touchdowns in the final 7 minutes of a 31-20 loss, leading to an offseason of wondering “What if?”

“It’s all about the finish,” Ward said. “I felt like we went out there and had a very great half, even up to the fourth quarter. The last five minutes we didn’t finish. It seemed like they wanted it more than us and that’s why they won the game.”

The problems were on both sides of the ball.

Jimmy Garoppolo completed only 2 of his final 10 passes as the Niners couldn’t keep Mahomes off the field or deliver another score. The biggest miss came when Garoppolo overthrew Emmanuel Sanders on a deep third-down pass from the Kansas City 49 with the Niners trailing 24-20.

The defense allowed three straight touchdown drives with the crucial play coming when Mahomes converted a third-and-15 with a 44-yard pass to Tyreek Hill. That set up the first TD of the quarter for the Chiefs and turned the momentum in a game that San Francisco appeared to have in its control.

Niners fans complain that Bosa was held by Eric Fisher on the play, giving Mahomes that extra instant to complete the deep pass.

Bosa said the game didn’t come down to one non-call.

“I’m not going to say that’s the reason we lost the game, because there’s plenty of opportunities where I could have done better,” he said. “I’m not going to blame the ref by any means. It’s definitely good motivation, first year you get there and you’re 7 minutes away and a nightmare of a situation happens. You could bet that we’re going to come back pretty strong this year if we’re able to get 16 games in and the playoffs.”

Now the Niners need to start from scratch if they want to become the fourth team ever to bounce back from the disappointment of a loss in the title game to win it all the following year. Dallas and Miami did it in back-to-back seasons in 1971-72 and then the New England Patriots again in 2018.

Eight other Super Bowl losers returned to the game the next season only to lose again, including Buffalo three times. But 15 of the past 33 teams that lost in the Super Bowl failed even to make it back to the playoffs the following year, including the Los Angeles Rams this past season.

“I hear a lot of people right now, my teammates, they say they want to get back to that spot and win it,” Ward said. “That’s what everybody in the NFL, every team wants to do, get to the Super Bowl and win it. My approach is more just to take one day at a time, one game at a time. I’ve been in that position so I see what it takes. But I can’t look past this first game. I can’t look past tomorrow’s practice.”

AMC to Offer 15-Cent Tickets on First Day of Reopening