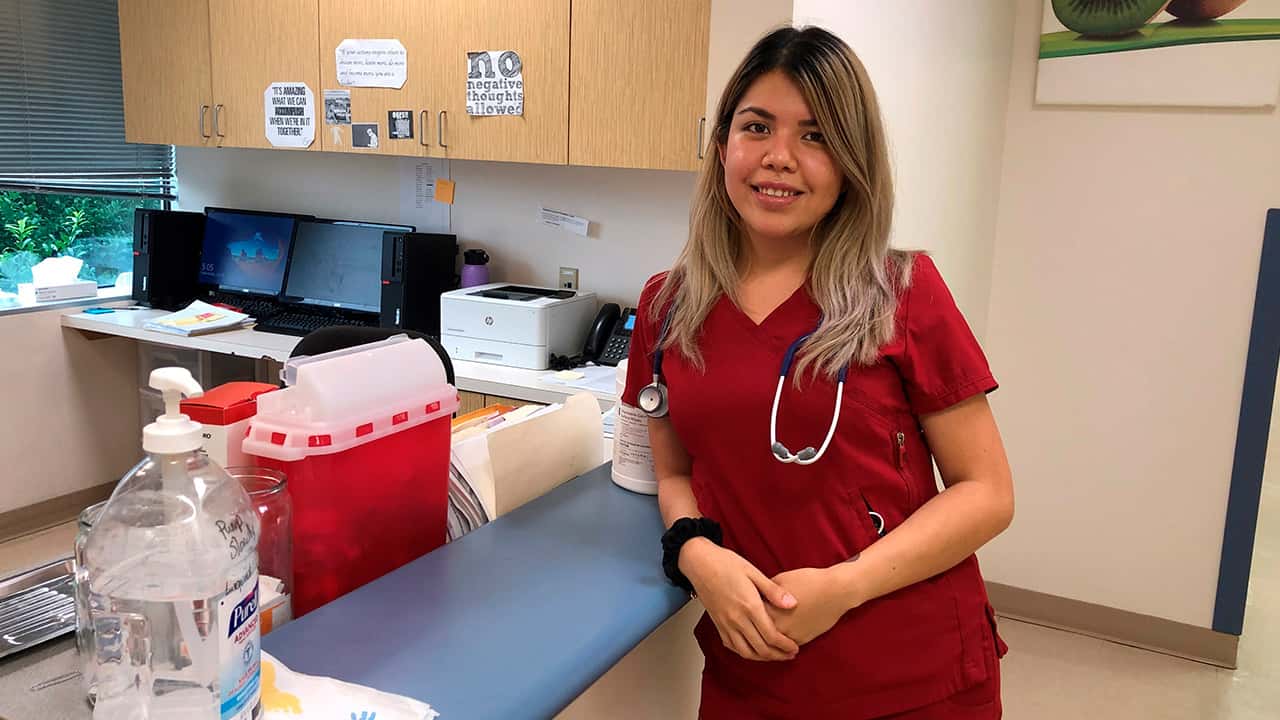 MEMPHIS, Tenn. — When Claudia Guzman suspected she had caught the coronavirus, her friends and family were full of advice: Don’t quarantine. Don’t get tested. A homemade tea will help cure you.

“They were saying, ‘Don’t go to the hospital,’ because supposedly, if you are admitted into the hospital, they administer the virus into your body,” said Guzman, who was born in Chicago to parents from Mexico and now lives in Memphis, Tennessee.

False claims and conspiracy theories, ranging from bogus cures to the idea that the virus is a hoax, have dogged efforts to control the pandemic from the beginning. While bad information about the virus is a problem for everyone, it can pose a particular threat to communities of people of color who alreadyface worse outcomes from the virus.

False claims and conspiracy theories, ranging from bogus cures to the idea that the virus is a hoax, have dogged efforts to control the pandemic from the beginning. While bad information about the virus is a problem for everyone, it can pose a particular threat to communities of people of color who alreadyface worse outcomes from the virus.

Among Latinos in the U.S., misinformation around the coronavirus has found fertile ground because many in their communities have higher levels of distrust in government, less access to medical care and may need to be reached by Spanish-language public health resources. It’s a dangerous mix that could discourage people from taking precautions, participating in contact-tracing efforts, or getting treatment.

“There isn’t much evidence-based information in Spanish for them. And this is a new disease, so the science is evolving every day,” said William Calo, a Pennsylvania State University researcher who studies Hispanics and public health. “We are struggling with providing good information in English — just imagine adding a second language.”

With a population of 60 million, Hispanic people in the U.S. are now four times more likely than non-Hispanic white people to be hospitalized because of COVID-19, according to the U.S. Centers for Disease Control and Prevention. Other studies also show Latinos in some areas are also twice as likely to die from the illness. (Native Americans and Black people face similarly stark disparities.)

These vulnerabilities have many causes. Among them are the fact that many Latinos are less likely to have health insurance or access to quality health care — sometimes because they can’t afford it and sometimes because of their immigration status. Many work in industries that are deemed essential and cannot be performed remotely, such as food service, sanitation, meat packing, construction and retail. And many live in larger, multigenerational households where social distancing is difficult.

For Many, the Reluctance to Get Tested or Seek Treatment Stems From Fear of Deportation

Added to this already dangerous mix is a higher level of distrust in authority among Latinos — as is the case for other minority communities — that is helping fuel the spread of misinformation about the virus.

“If I’m hearing something from the government, from people who I, for a variety of reasons, don’t trust, then I’m not going to do anything,” said Monica Feliú-Mójer a Puerto Rican native and Harvard-trained neurobiologist who works to encourage Latinos to pursue science careers. “But if I hear this from my friend who I believe in, and who I trust, then it’s more likely that I’m going to act on that information.”

For many, the reluctance to get tested or seek treatment stems from fear of deportation in a community with a significant percentage of immigrants. That may be particularly true under President Donald Trump, said New York State Sen. Gustavo Rivera, a Democrat who represents a largely Hispanic district in the Bronx. Trump ran on promises to crack down on both illegal and legal immigration and has repeatedly painted immigrants — especially nonwhites — as posing a public health and safety danger.

That distrust could discourage people from getting treatment or from cooperating with government contact tracers trying to identify who an infected person had come into contact with.

“It’s a real concern,” Rivera said of the worries some Latinos have about contact tracing. “We need to secure that information, and there needs to be a guarantee of its privacy.”

Language barriers make the situation even worse. Many areas face a shortage of Spanish-speaking health care workers, and most of the accurate online information about the virus in the U.S. is in English. That forces some Latinos who need information in Spanish to rely on less-trusted sources like social media. And while a growing number of fact-checking organizations are trying to identify and correct false claims spreading online, very few publish their work in Spanish. The Associated Press publishes some of its fact checks in Spanish.

All of this means Latinos may not receive good information about how to slow the spread of the virus — and may not act on it if they do. Guzman, for instance, thinks she contracted the virus at a vigil last month for her grandfather, who died of cancer soon after. Many of the people there either weren’t wearing facial masks or didn’t have them on correctly. About 10 family members subsequently were diagnosed with the coronavirus.

Guzman, who is a medical assistant, knew to push back when friends and relatives passed along false claims and theories. For example, her parents suggested she wouldn’t have to quarantine if she drank a homemade tea of lemon, honey and ginger.

Guzman, who is a medical assistant, knew to push back when friends and relatives passed along false claims and theories. For example, her parents suggested she wouldn’t have to quarantine if she drank a homemade tea of lemon, honey and ginger.

“I had to tell them, ‘No, that’s not true. In order to stop spreading it, you have to stay home,’” said the 27-year-old, who had mild symptoms that lasted a few days. She spent time in quarantine before returning to work.

Her boss, Venezuela-born Dr. Pedro Velasquez-Mieyer, is the chief medical officer of two clinics in Memphis that serve mainly Latino and Black patients. He said he’s heard from patients who won’t wear masks, or who liken COVID-19 to the chicken pox and say they want to get infected so they’ll develop immunity.

“They are part of their own network of misinformation, and nobody is actually saying, ‘This is false, this is not reliable,’” he said. “They keep sending the message.”

Feliú-Mójer says it’s just as important to control rumors as it is to control the virus.