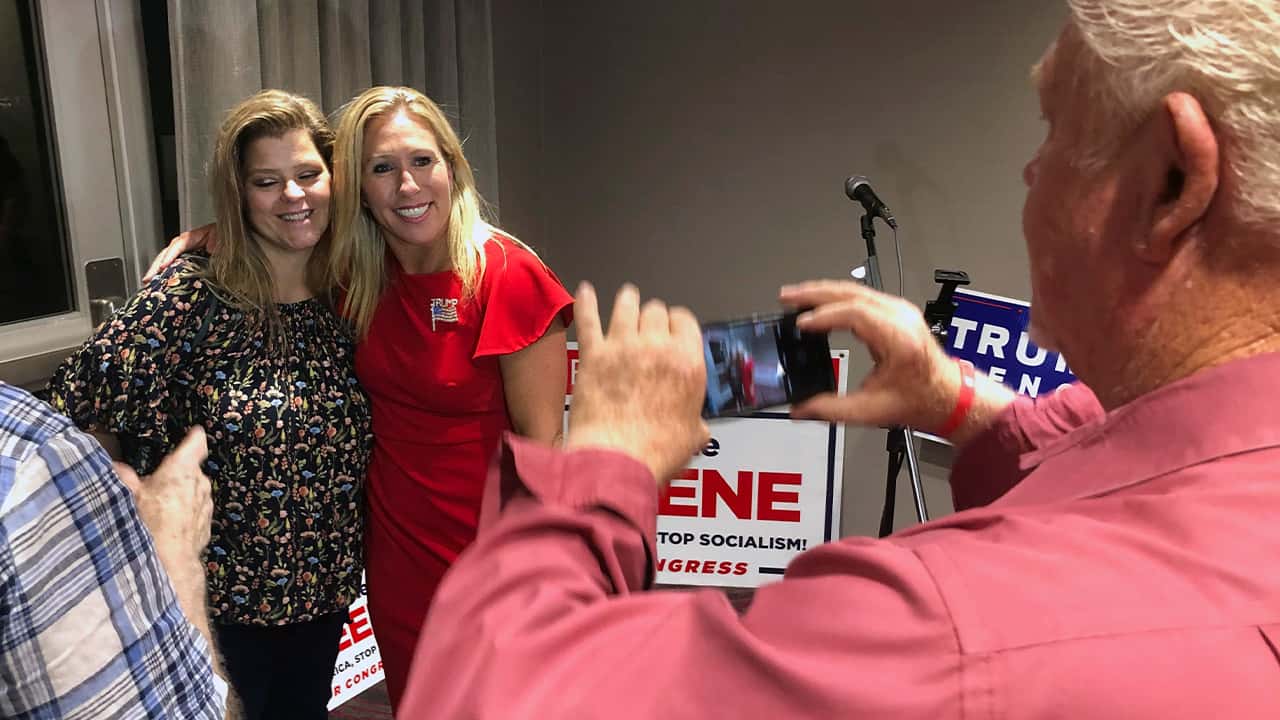 Greene, a businesswoman and political newcomer, beat neurosurgeon John Cowan in a primary runoff Tuesday in Georgia’s deep-red 14th Congressional District, which stretches from the outskirts of metro Atlanta to the rural northwest corner of the state.

“Congratulations to future Republican Star Marjorie Taylor Greene on a big Congressional primary win in Georgia against a very tough and smart opponent,” Trump said on Twitter. “Marjorie is strong on everything and never gives up – a real WINNER!”

“You inspired me to run and fight to Save America and Stop Socialism!!” Greene responded to Trump’s tweet. “No one will fight harder than me!!”

Greene has amassed tens of thousands of followers on social media, where she often posts videos of herself speaking directly to the camera. Those videos have helped propel her popularity with her base, but also drawn condemnation after videos surfaced in which she complains of an “Islamic invasion” into government offices, claims Black and Hispanic men are held back by “gangs and dealing drugs,” and pushes an anti-Semitic conspiracy theory that billionaire philanthropist George Soros, who is Jewish, collaborated with the Nazis.

Greene also is part of a growing list of candidates who have expressed support for QAnon, a conspiracy theory centered on the baseless belief that Trump is waging a secret campaign against enemies in the “deep state” and a child sex trafficking ring run by satanic pedophiles and cannibals.

In a victory speech Tuesday night, Greene showed she isn’t afraid of continuing to make head-turning comments going into the general election, saying of House Speaker Nancy Pelosi: “We’re going to kick that b—— out of Congress.”

Greene will face Democrat Kevin Van Ausdal in November. Republican Rep. Tom Graves, who did not seek reelection, last won the seat with over 76% of the vote in 2018.

Outcry in Somalia as New Bill Would Allow Child Marriage

No Prosecution for Many Arrested at Portland’s Protests