No Football for Fresno State Until Spring 2021 at the Earliest 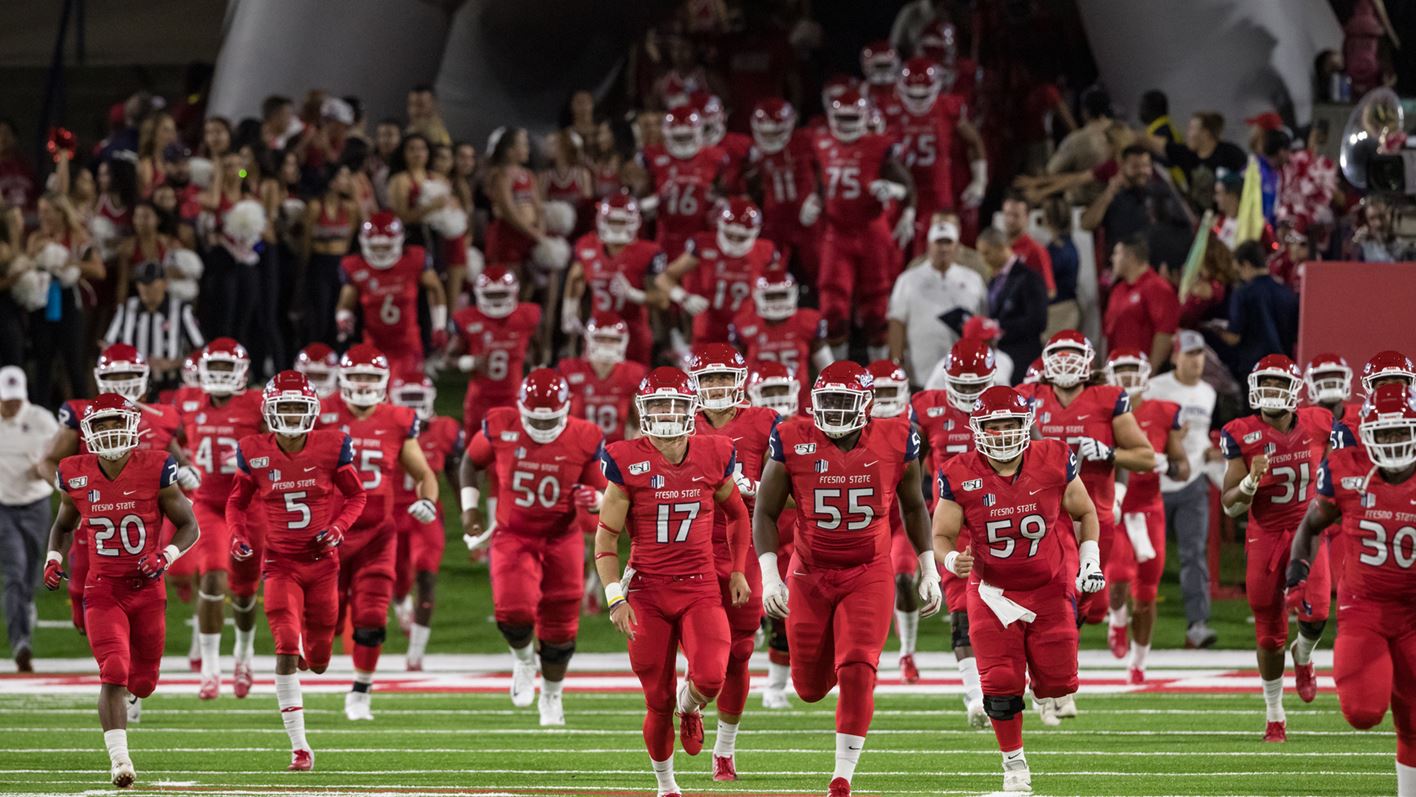 After President Donald Trump issued a call to save college football from a COVID-19 pandemic-forced shutdown, the Mountain West Conference said Monday it was postponing the season.

That means there will be no football for Fresno State and first-year head coach Kalen DeBoer at Bulldog Stadium — or anywhere else — until spring 2021 at the earliest.

The conference’s decision comes less than a week after it announced plans to play an eight-game conference football season and allow its members to pursue two nonconference games.

The 12-team Mountain West joined the Mid-American Conference as leagues from the highest tier of NCAA Division I football to forgo the fall season.

“Since the start of the pandemic, our membership and staff have been working diligently to prepare for a fall sports season,” said Mountain West Commissioner Craig Thompson in a news release Monday afternoon. “We were hopeful we could carefully and responsibly conduct competition as originally scheduled with essential protocols in place. However, numerous external factors and unknowns outside our control made this difficult decision necessary.”

The fall sports affected by Monday’s decision also include men’s and women’s cross country, women’s soccer and women’s volleyball (with the exception of the unique circumstances involving the Air Force Academy.

At this time, the conference said, there are ongoing discussions regarding the status of men’s and women’s basketball.

“The best interests of our students and student-athletes remain our focus and we will persist in our efforts to forge a viable and responsible path forward,” said Mary Papazian, president of San José State University and chair of the conference board of directors.

Speculation emerged Monday that two of the five most powerful conferences — the Big Ten and the Pac-12 — might call off their fall seasons and explore the possibility of spring football.

A Big Ten spokesman said no votes on fall sports had been taken by its presidents and chancellors as of Monday afternoon. In addition, the powerful Southeastern Conference said it wasn’t ready to give up on football for the fall.

“Best advice I’ve received since COVID-19: ‘Be patient. Take time when making decisions. This is all new & you’ll gain better information each day,’” SEC Commissioner Greg Sankey posted on Twitter. ”Can we play? I don’t know. We haven’t stopped trying.”

“If we’re going to try and minimize the risk of the virus, it’s really that the setting of the country as whole is the issue, not really actually the sport,” said Adalja, a member of the NCAA’s COVID-19 advisory panel.