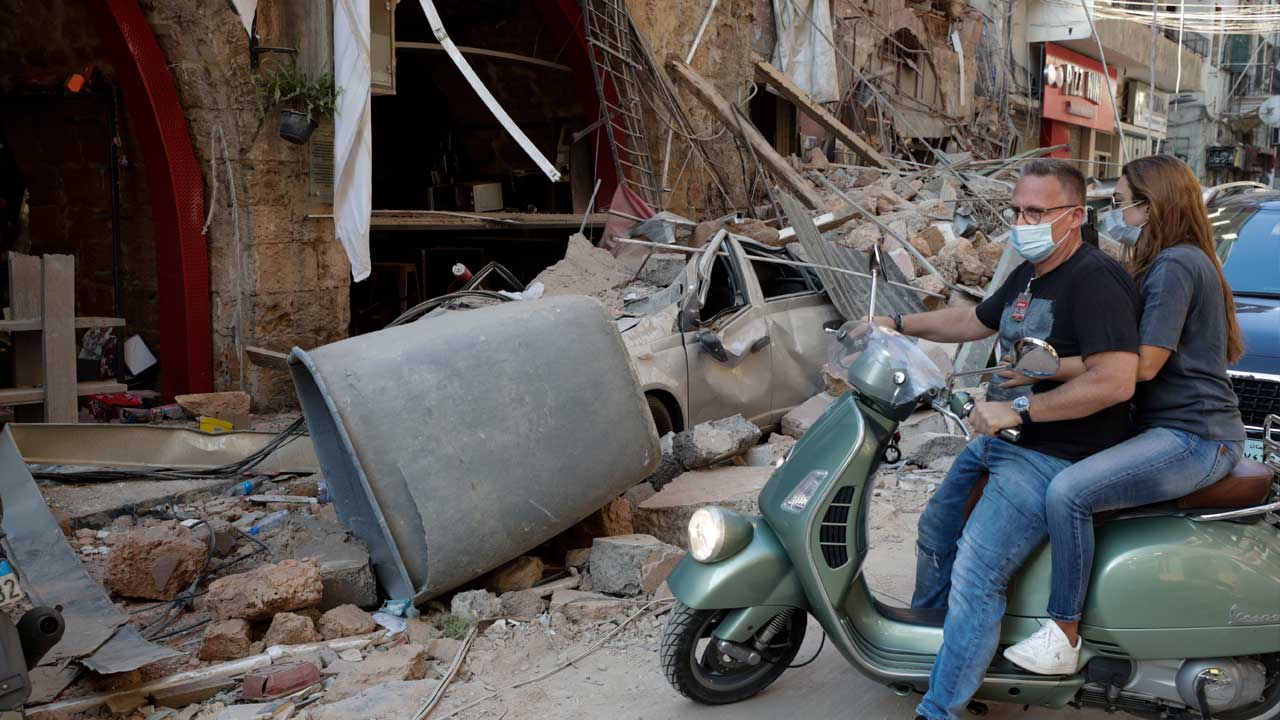 PARIS — As stunned Lebanese rescuers counted the dead and combed rubble for signs of life a day after a huge explosion shattered swaths of Beirut, nations near and far pledged Wednesday that the country, already trapped in a deep economic crisis, would not be left alone.

The explosion at the capital’s port that killed at least 100 and injured thousands, with shock waves smashing deep into the city, stunned the world. From Australia to Indonesia to Europe and the United States, countries readied to send in aid and search teams.

The explosion at the capital’s port that killed at least 100 and injured thousands, with shock waves smashing deep into the city, stunned the world. From Australia to Indonesia to Europe and the United States, countries readied to send in aid and search teams.

Reflecting both the gravity of the disaster and France’s special relationship with its former protectorate, French President Emmanuel Macron was to visit Lebanon Thursday. Paris wasted no time in dispatching two planeloads of specialists, rescue workers and supplies to Beirut on Wednesday.

The blast appeared to have been triggered by a fire that touched off a giant quantity of ammonium nitrate fertilizer stored in the port, which exploded with the force of a moderately strong earthquake.

The European Union was activating its civil protection system to round up emergency workers and equipment from across the 27-nation bloc. The EU commission said the plan was to urgently dispatch over 100 firefighters with vehicles, sniffer dogs and equipment designed to find people trapped in urban areas.

The Czech Republic, Germany, Greece, Poland and the Netherlands were taking part in the effort with other countries expected to join. The EU’s satellite mapping system will be used to help Lebanese authorities establish the extent of damage. Civilians carry a victim at the explosion scene that hit the seaport, in Beirut Lebanon, Tuesday, Aug. 4, 2020. Massive explosions rocked downtown Beirut on Tuesday, flattening much of the port, damaging buildings and blowing out windows and doors as a giant mushroom cloud rose above the capital. Witnesses saw many people injured by flying glass and debris. (AP Photo/Hussein Malla)

Help Also Was Coming From Closer to Home

Cyprus, where Tuesday’s blast was felt approximately 120 miles (180 kilometers) from Beirut, was sending in emergency personnel and sniffer dogs.

Help also was coming from closer to home. Iraq was sending six trucks of medical supplies and an emergency medical team to help bolster Lebanon’s overstretched health system, and Egypt and Jordan were supplying field hospitals.

Even Israeli Prime Minister Benjamin Netanyahu said his country, officially in a state of war with Lebanon, stood ready to offer to assist the Lebanese “as human beings to human beings.”

U.N. peacekeepers from Indonesia already stationed in Lebanon were helping in the evacuation effort, and Australia said it was donating 2 million Australian dollars ($1.4 million) in humanitarian support.

But the pledges of aid raised new questions for a country whose economic and political crisis, combined with endemic corruption, have made donors wary in recent years.

In a visit to Lebanon less than two weeks ago, French Foreign Minister Jean-Yves Le Drian made clear that France, Beirut’s steadfast economic backer, would withhold support not destined directly to the Lebanese population, until “credible and serious reform measures” get under way.

Whether the French president would skirt his country’s own no-go zone and offer more than emergency aid was unclear. About $11 billion was pledged to Lebanon at a 2018 Paris conference — but on condition reforms are undertaken.

The World Health Organization is airlifting medical supplies to Lebanon to cover up to 1,000 trauma interventions and up to 1,000 surgical interventions, following a request from the country’s health minister.

The French workers sent to Lebanon on Wednesday include members of a special unit trained to intervene in damaged industrial sites. Among their tasks will be to identify special risks resulting from the explosion, said national civil security spokesman Michael Bernier.

The World Health Organization is airlifting medical supplies to Lebanon to cover up to 1,000 trauma interventions and up to 1,000 surgical interventions, following a request from the country’s health minister.

WHO spokesman Tarik Jasarevic said in an e-mail that supplies were to be airlifted from a “humanitarian hub” in Dubai in the United Arab Emirates and expected to arrive later Wednesday.

Pope Francis offered prayers for the Lebanese, while in Paris a special vigil was to be held late Wednesday in the Notre Dame Maronite Church. The Eiffel Tower will go dark at midnight in mourning.

The blast also killed an Australian man and injured several foreign nationals, including 21 Bangladeshi sailors, at least 21 French, an Indonesian and an Italian. The Australian and German embassies were damaged. The Paris prosecutor ‘s office opened an investigation into the blast, as is customary when French citizens are injured abroad.