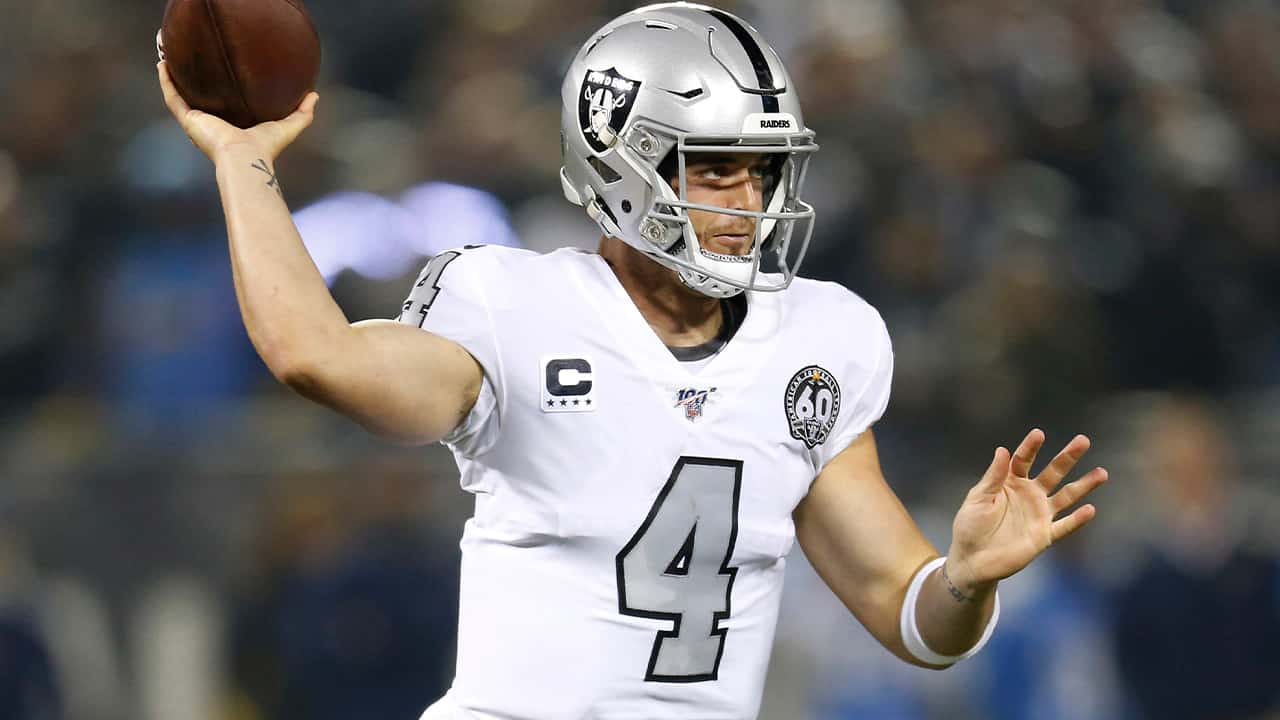 Derek Carr keeps compiling completions and yards at such a fast pace that he already is the career leader for the Raiders in those categories after just six seasons in the NFL.

Those prolific numbers have been a bit of empty calories, however, as they haven’t translated to enough points or wins for the team.

That has raised questions about whether Carr is still the long-term answer for the Raiders after three straight seasons of losing records and fewer than 20 points per game.

Those are questions the former Fresno State standout is eager to answer in his first season in Las Vegas.

In some respects, Carr is coming off his most productive season in his second year under coach Jon Gruden. He set career bests last year in passer rating (100.8), yards per attempt (7.9), yards passing (4,054) and completion percentage (70.4%).

Carr said he felt like he played better than he did in 2016 when the team won 12 games and made the playoffs for the only time since the 2002 season.

But the results weren’t there even though the Raiders ranked eighth in the league in yards per play. A porous defense that struggled to create turnovers combined with an offense that couldn’t turn those yards into points left the Raiders with a 7-9 record and their fifth losing season in Carr’s six years as quarterback.

The team finished 24th in the NFL in scoring last season at 19.6 points per game, the third straight season they failed to reach even 20 points per contest. The only other team to do that last decade with the same starting quarterback was the Rams, who did it in 2010-12 with Sam Bradford.

The biggest issue for the Raiders came in the red zone where they ranked 26th in points per drive, contributing to the lack of scoring overall.

“I think we did a great job of moving the ball. I don’t think anyone can deny that,” Carr said. “But all that means nothing if we can’t finish the drive. … I think if we continue to move the ball like we have with being efficient in the pass game like we are, being efficient in the run game like we’ve been but being able to finish those drives in the red zone. It’s going to be a big emphasis for us all training camp.”

The red zone has not been Carr’s best area the past five years. He ranks 40th out of 50 quarterback with at least 10 starts since 2015 in passer rating inside the red zone and isn’t a threat running the ball like some more athletic quarterbacks are.

Offensive coordinator Greg Olson said that’s one aspect he’d like to see more of from Carr this season, whether it’s running the ball or extending plays with his legs.

“Want to see him create,” Olson said. “When a play breaks down, can you get out and create and be the play after the play call. Hey, this play broke down now you’ve got to escape and get outside the pocket and create something for us or push forward and run. That’s been an emphasis. He sees it, he’s athletic enough that he can create with his legs, so we are just working on him to create more outside the pocket.”

Carr said he has made (creativity) an emphasis in his offseason workouts with teammates, getting some of his conditioning work in by scrambling around and trying to make plays.

Carr said he has made that an emphasis in his offseason workouts with teammates, getting some of his conditioning work in by scrambling around and trying to make plays.

He feels that will be a little easier this year as he gets to work in the same system for a third straight season for the first time in his career.

He also believes he has more talent around him than in recent years thanks to the addition of first-round speedster Henry Ruggs III to go along with a stout offensive line, big-play tight end Darren Waller, slot receiver Hunter Renfrow, deep threat Tyrell Williams and running back Josh Jacobs.