Come Saturday, Fresno’s temperature is expected to hit 100 degrees for the 36th time this year.

But until then, residents will enjoy a cooldown. According to The Weather Channel, today’s high will be 92 degrees, followed by 90 on Thursday and 95 on Friday.

So, it’s a good bet that Fresno will beat the average in 2020. The Weather Channel forecast calls for 100-degrees or higher temperatures Saturday through Tuesday.

After that, expect a long run of sub-100 degree highs.

The Fresno record for most 100-degree days is 63 in 1984, a year when a killer heatwave baked the southwestern United States.

The year with the fewest century-mark temperature days? That would be 1956 when the thermometer reached 100 in Fresno just 15 times. 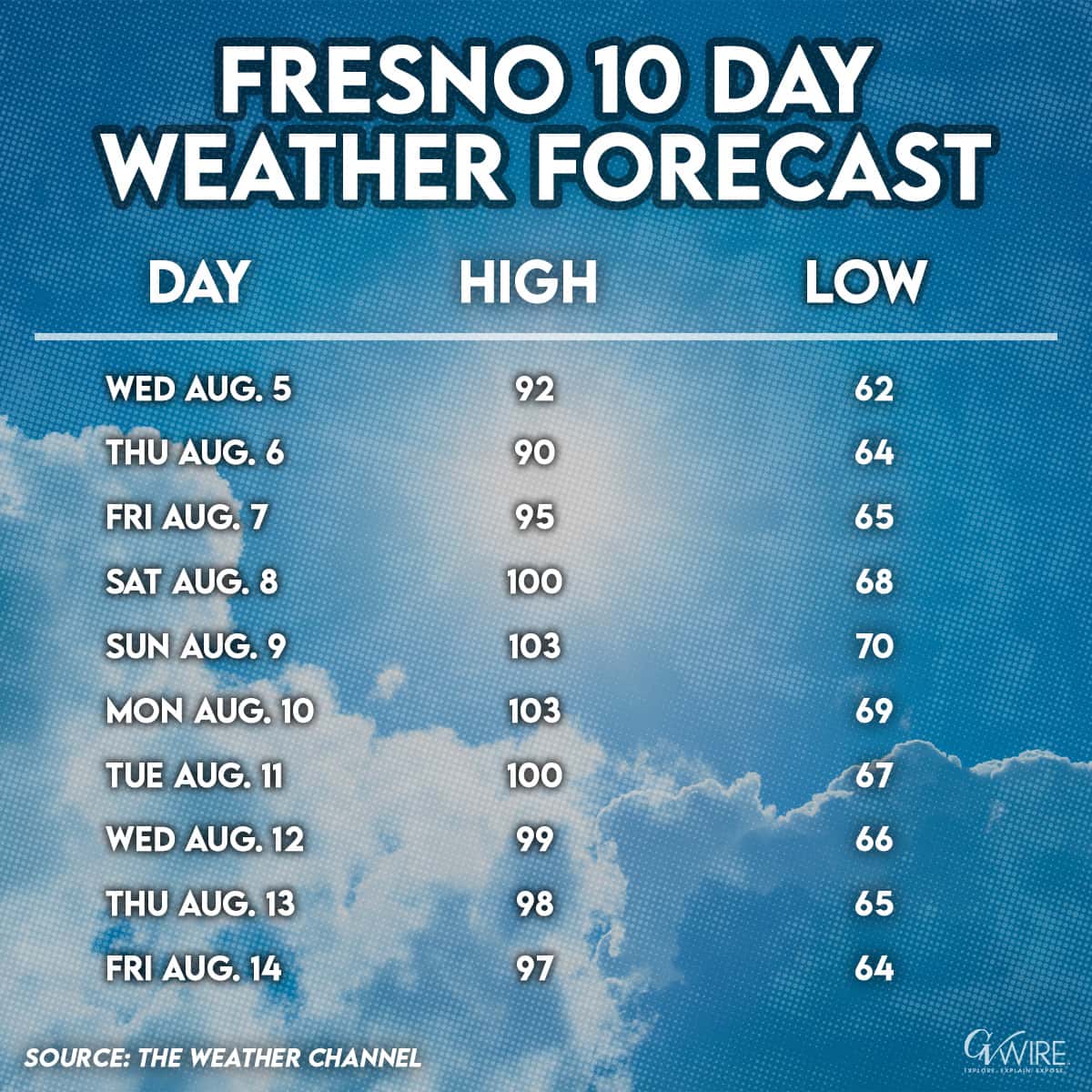