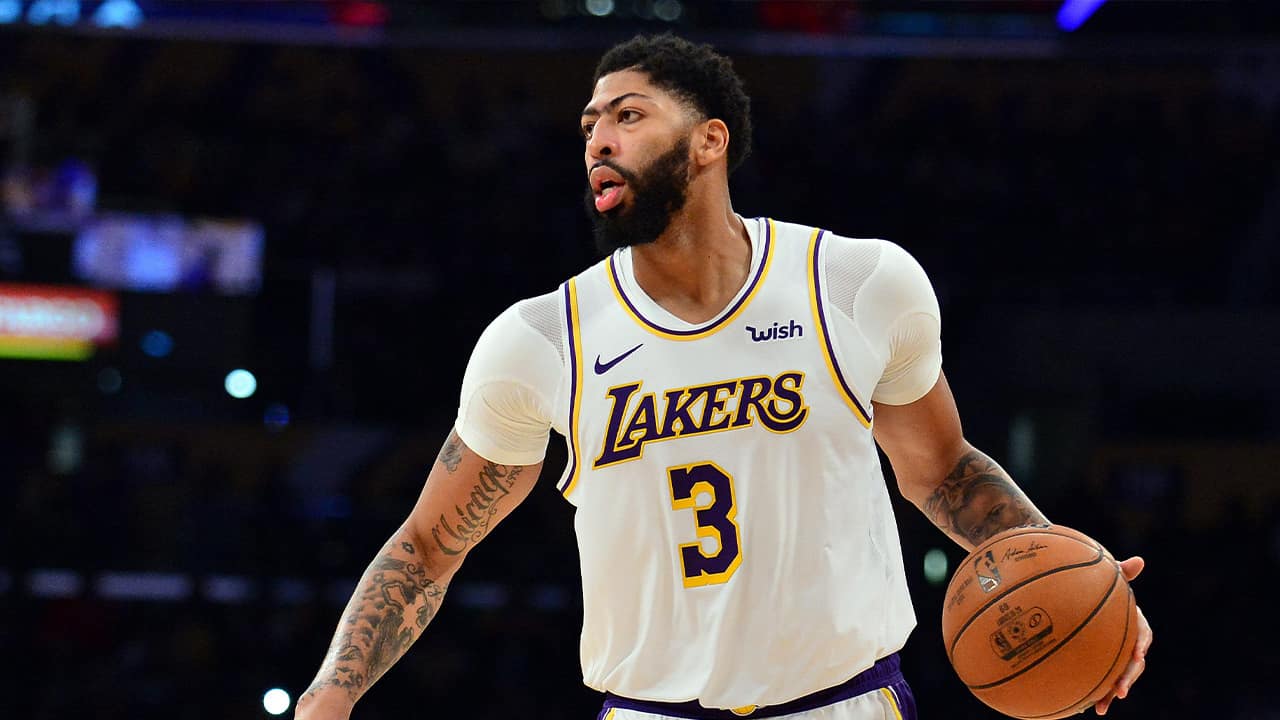 LAKE BUENA VISTA, Fla. — Anthony Davis had 42 points and 12 rebounds, and the Los Angeles Lakers clinched the No. 1 seed in the Western Conference playoffs by beating the Utah Jazz 116-108 on Monday night.

The Lakers (51-15) own a six-game lead over the second-place Los Angeles Clippers and have five seeding games let before starting their first playoff run since 2013.

“If you’re winning enough games to secure the No. 1 seed, you’re building the right habits that are going to be necessary for you to win in the playoffs. Obviously we have bigger aspirations than the No. 1 seed, but we are proud of the accomplishment and we’ll enjoy it while we’re getting ready to get our group ready for the playoffs.” — Lakers coach Frank Vogel

“If you’re winning enough games to secure the No. 1 seed, you’re building the right habits that are going to be necessary for you to win in the playoffs,” Lakers coach Frank Vogel said. “Obviously we have bigger aspirations than the No. 1 seed, but we are proud of the accomplishment and we’ll enjoy it while we’re getting ready to get our group ready for the playoffs.”

Utah (42-25) has clinched a playoff berth and is fifth in the West, a half-game behind Houston and a half-game ahead of Oklahoma City.

Davis’ final basket resulted in a 4-point play with 42 seconds left, as he sank a 3-pointer while getting fouled by Rudy Gobert and made the ensuing free throw to give the Lakers a 114-104 lead.

Utah’s Donovan Mitchell answered with a 4-point play of his own that cut the margin to 114-106 with 36 seconds remaining, but the Jazz couldn’t get any closer. Davis made two free throws with 5.2 seconds left to wrap up the scoring.

Mitchell scored 33 and Mike Conley had 24 for Utah. Gobert added 16 points and 13 rebounds for the Jazz.

Lakers Stayed in Front the Rest of the Way

The Lakers were coming off a 107-92 loss to Toronto in which Davis shot just 2 of 7 and scored 14 points. Davis was much more active Monday right from the start, as he scored 13 points and shot 6 of 14 in the first quarter alone.

Davis had 24 points by halftime, marking the 20th time this season he’s scored at least 20 points in a half.

“Coach just told me to be more aggressive,” Davis said. “He felt like, and I felt like too, that I just kind of played into Toronto’s defense, accepted the double-team. I was making the right plays, but I still have to be aggressive at the same time.”

Utah stayed close and only trailed 58-56 at halftime because it got its own stellar start from Mitchell, who scored 21 points in the first two periods.

Mitchell then connected on a 3-pointer to cap an 8-0 run by Utah to open the second half.

But the Jazz got increasingly careless with the basketball as the third quarter progressed, enabling the Lakers to seize control of the game. The Lakers scored 14 straight points and went on a 19-2 run late in the third quarter.

“When they turn the pressure up, we’ve got to be able to execute even better,” Mitchell said. “We turned the ball over way too many times. They did a great job of taking us out of our actions. … We went up six, they turned it up even more and next thing you know, we’re down 12 or whatever.”

Even after Utah’s Emmanuel Mudiay snapped that run by hitting a 3-pointer at the buzzer, the Jazz still trailed 86-76 heading into the final period.

The Lakers stayed in front the rest of the way.

ESPN cameras showed James arrived at the arena before the game wearing a T-shirt with the message 8:46, the amount of time prosecutors initially said a Minneapolis police officer had a knee on George Floyd’s neck before Floyd’s death on May 25.

Although prosecutors later said Derek Chauvin’s knee was actually on Floyd’s neck for 7:46, the 8:46 figure has become a major symbol in the protest movement that followed Floyd’s death, with some demonstrations including periods of silence that last that length of time.

“No one deserved to lose their life when it could have been prevented, from what I’ve seen and what the world has seen,” James said. “That’s what the T-shirt is all about. The world is watching.”