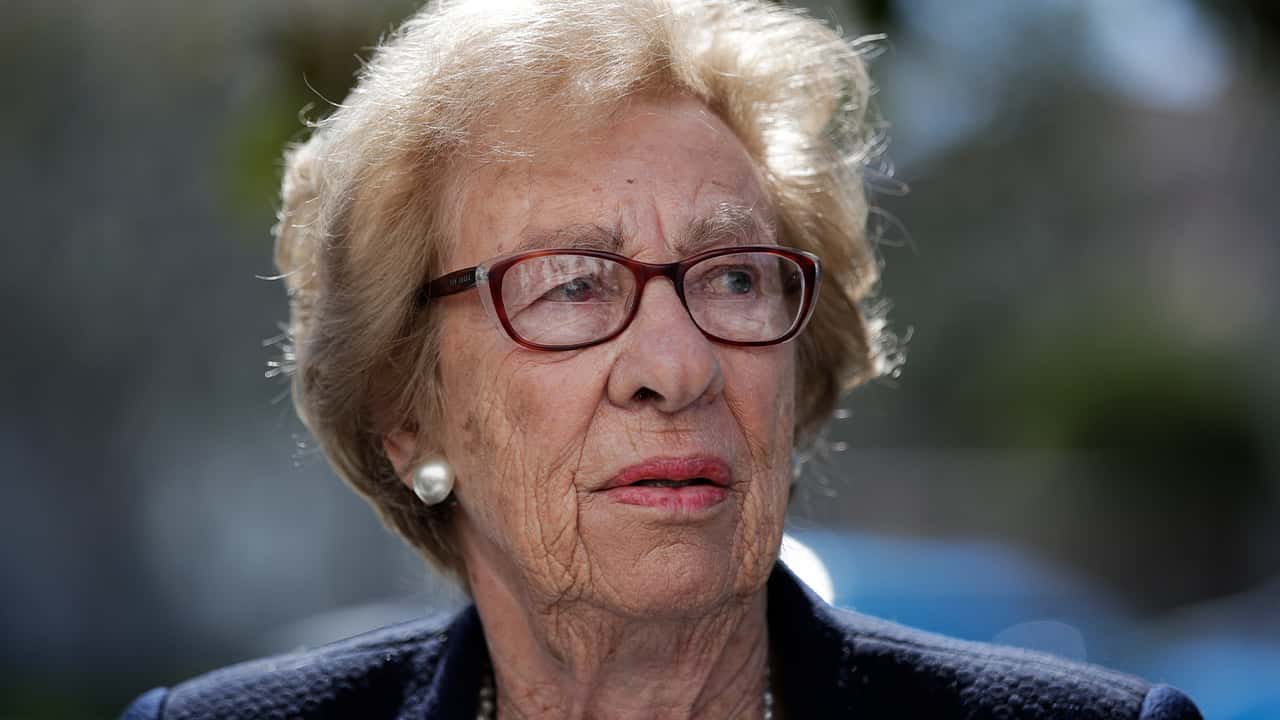 BERLIN — Holocaust survivors around the world are lending their voices to a campaign launched Wednesday targeting Facebook head Mark Zuckerberg, urging him to take action to remove denial of the Nazi genocide from the social media site.
Coordinated by the New York-based Conference on Jewish Material Claims Against Germany, the #NoDenyingIt campaign uses Facebook itself to make the survivors’ entreaties to Zuckerberg heard, posting one video per day urging him to remove Holocaust-denying groups, pages and posts as hate speech. Videos will also be posted on Facebook-owned Instagram, as well as Twitter.

Schloss and Her Mother Survived Auschwitz, but Her Father and Brother Were Killed

Schloss’ family escaped before the war from Vienna to the Netherlands, where she became friends with Anne Frank, who lived nearby in Amsterdam and was the same age. After the German army overran the country, the Schloss and Frank families went into hiding but were discovered by the Nazis separately in 1944, the Schloss family betrayed by a Dutch woman.
Schloss and her mother survived Auschwitz, but her father and brother were killed, while Otto Frank, Anne’s father, was the only survivor of his immediate family and married Schloss’ mother after the war. Otto Frank published his daughter’s now-famous diary so that the world could hear her story. Schloss has written about her own story, is a frequent speaker and would like to tell Zuckerberg of her own experience.
“It was just every day, the chimneys were smoking, the smell of burning flesh,” the 91-year-old told The Associated Press, adding that she had been separated from her mother and assumed she had been gassed.
“Can you imagine that feeling? I was 15-years-old and I felt alone in the world and it was terrible.”
Facebook said in a statement that it takes down Holocaust denial posts in countries where it is illegal, like Germany, France and Poland, while in countries where it is not an offense, like the U.S. and Britain, it is carefully monitored to determine whether it crosses the line into what is allowed.
“We take down any post that celebrates, defends, or attempts to justify the Holocaust,” Facebook told the AP. “The same goes for any content that mocks Holocaust victims, accuses victims of lying about the atrocities, spews hate, or advocates for violence against Jewish people in any way. Posts and articles that deny the Holocaust often violate one or more of these standards and are removed from Facebook.”
Earlier this month, a two-year audit of Facebook’s civil rights record found “serious setbacks” that have marred the social network’s progress on matters such as hate speech, misinformation and bias. Zuckerberg is one of four CEOs of big tech firms who face a grilling by the U.S. Congress on Wednesday over the way they dominate the market.

Several Holocaust Denial Groups Have Been Identified on Facebook

More than 500 companies on July 1 began an advertising boycott intended to pressure Facebook into taking a stronger stand against hate speech. The Claims Conference decided to launch its own campaign after concluding the boycott “doesn’t seem to be making a dent,” said Greg Schneider, the Claims Conference’s executive vice president.

Related Topics:FacebookHolocaustMark Zuckerberg
Up Next