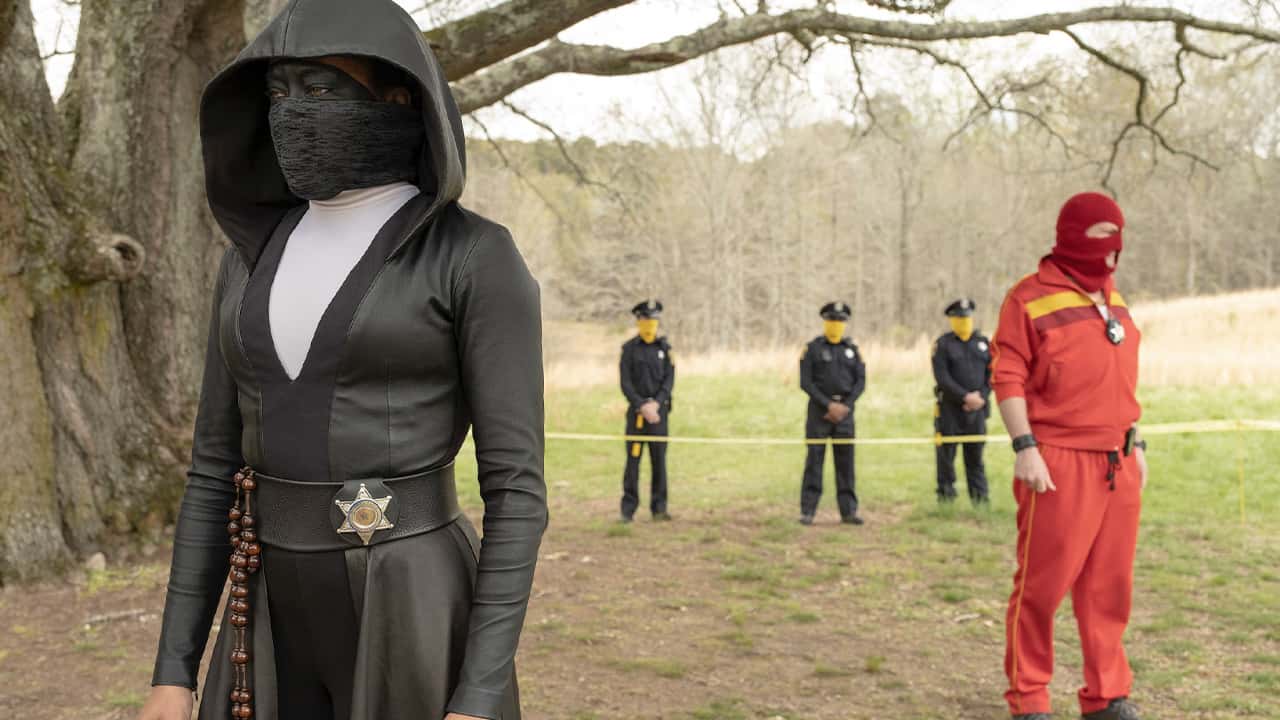 LOS ANGELES — “Watchmen,” cloaked in superhero mythology and grounded in real-world racism, received a leading 26 nominations Tuesday for the prime-time Emmy Awards.
The series, which captured America’s deep unease as it faces racial and political clashes amid a pandemic, was nominated as best limited series and received bids for cast members including Regina King and Jeremy Irons.
King was part of a vanguard of actors of color who showed that TV academy voters took heed of the social climate.
“Zendaya!” exclaimed Emmy announcement host Leslie Jones, her gleeful reaction to the “Euphoria” star’s nomination as best actress in a drama. “This is a great day,” Jones added.
She was part of a socially distanced, virtual release of nominees that was online, not on television as is usual. But nothing is usual during a coronavirus era that has brought Hollywood production to a virtual standstill and is making awards like the Emmys grasp for alternatives.
The strong showing by Netflix’s “Ozark” helped the streamer to a record-setting 160 nominations that bested onetime perennial leader HBO, which earned 107 nods.
Streaming newcomer Apple TV+ earned attention in its first season with Jennifer Aniston’s best drama actress bid for “The Morning Show.” Another streaming newbie, Disney+, saw its Star Wars franchise spinoff, “The Mandalorian,” claim a best drama nomination among its hefty 15 total nods.
The Amazon comedy “The Marvelous Mrs. Maisel” is the second most-nominated series with 20, followed by Netflix’s “Ozark” with 18.
“This year, we are also bearing witness to one of the greatest fights for social justice in history. And it is our duty to use this medium for change,” Frank Scherma, chairman and CEO of the Television Academy said at the outset of the presentation.
Joining Jones on Tuesday were presenters Laverne Cox (“Orange is the New Black”), Josh Gad (“Frozen”) and Tatiana Maslany (“Orphan Black”). Cox, Gad and Maslany appeared on by video feeds.
Among the honorees whose nomination collided with current events: Brad Pitt earned a nod for a guest appearance playing Dr. Anthony Fauci on “Saturday Night Live.”

The Emmy Awards, Hosted by Jimmy Kimmel, Will Be Presented Sept. 20 on ABC

The nominees for best comedy series are: “Curb Your Enthusiasm”; Dead to Me”; “The Good Place”; “Insecure”; “The Kominsky Method”; “The Marvelous Mrs. Maisel”; “Schitt’s Creek”; “What We Do in the Shadows.”
The nominees for best drama series are: “Better Call Saul”; “The Crown”; “Killing Eve”; “The Handmaid’s Tale”; “The Mandalorian”; “Ozark”; “Stranger Things”; “Succession.”
In addition to “Watchmen,” the nominees for best limited series are: “Little Fires Everywhere”; “Mrs. America”; “Unbelievable”; ”Unorthodox.”
The nominees for drama series actress are: Jennifer Aniston, “The Morning Show”; Olivia Colman, “The Crown”; Jodie Comer, “Killing Eve”; Laura Linney, “Ozark”; Sandra Oh, “Killing Eve”; Zendaya “Euphoria.”
The nominees for drama series actor are: Jason Bateman, “Ozark”; Sterling K. Brown, “This is Us”; Billy Porter, “Pose”; Jeremy Strong, “Succession”; Brian Cox, “Succession”; Steve Carell, “The Morning Show.”
The nominees for lead actor in a comedy series are: Anthony Anderson, “black-ish”; Don Cheadle, “Black Monday”; Ted Danson, “The Good Place”; Michael Douglas, “The Kominsky Method”; Eugene Levy, “Schitt’s Creek”; Ramy Youssef, “Ramy.
The nominees for lead actress in a comedy series are: Christina Applegate, “Dead to Me”; Rachel Brosnahan, “The Marvelous Mrs. Maisel”; Linda Cardellini, “Dead to Me”; Catherine O’Hara, “Schitt’s Creek”; Issa Rae, “Insecure”; Tracee Ellis Ross, “black-ish.”
The nominees for best TV movie are: “American Son”; “Bad Education”; “Dolly Parton’s Heartstrings: These Old Bones”; “El Camino: A Breaking Bad Movie”; “Unbreakable Kimmy Schmidt: Kimmy vs. The Reverend.”
A high energy Jones kicked off Tuesday’s announcement by appearing on a virtual set and joking that she was told there would be many others on set to announce the nominees, but instead she was locked in a studio with only a cameraman.
The Emmy Awards, hosted by Jimmy Kimmel, will be presented Sept. 20 on ABC.