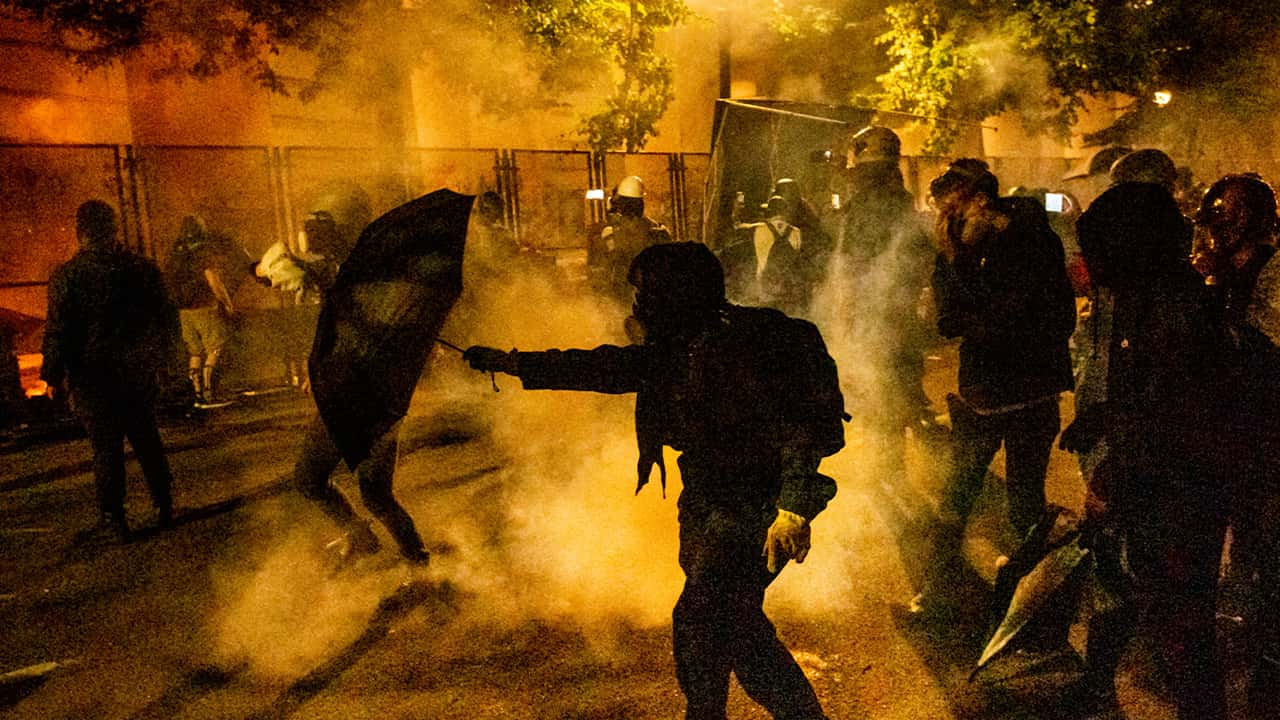 The ACLU lawsuit is one of several filed in response to law enforcement actions during the protests. The state of Oregon is seeking an order limiting federal agents’ arrest powers during the demonstrations.
On Wednesday, Mayor Ted Wheeler and hundreds of others were objecting to the presence of federal police sent by Trump, who labeled the demonstrators as “agitators & anarchists” after Wheeler was gassed.
Wheeler, a Democrat, appeared slightly dazed and coughed and said it was the first time he’d been tear-gassed.
He put on a pair of goggles someone handed him and drank water but did not leave his spot at the front of the raging demonstration — with protesters lighting a large fire between protective fencing and the Mark O. Hatfield Federal Courthouse amid the pop-pop-pop sounds of the federal agents deploying tear gas and stun grenades into the crowd.
It wasn’t immediately clear if the agents knew that Wheeler, a 57-year-old sixth-generation Oregonian and longtime politician, was in the crowd when they used the tear gas.
Wheeler has opposed the federal agents’ presence but has also faced harsh criticism from the protesters, who yelled and swore at him.
Earlier in the night, Wheeler was mostly jeered by protesters as he tried to rally the demonstrators who have clashed nightly with federal agents. But they briefly applauded when he shouted “Black Lives Matter” and pumped his fist in the air.
Trump in his tweet attempted to ridicule Wheeler, calling him the “Radical Left Mayor of Portland, who last night was booed & shouted out of existence by the agitators & anarchists.”
The Justice Department’s inspector general said Thursday it will review the conduct of federal agents who responded to unrest in Portland and in Washington, D.C., after concerns emerged from members of Congress and the public. 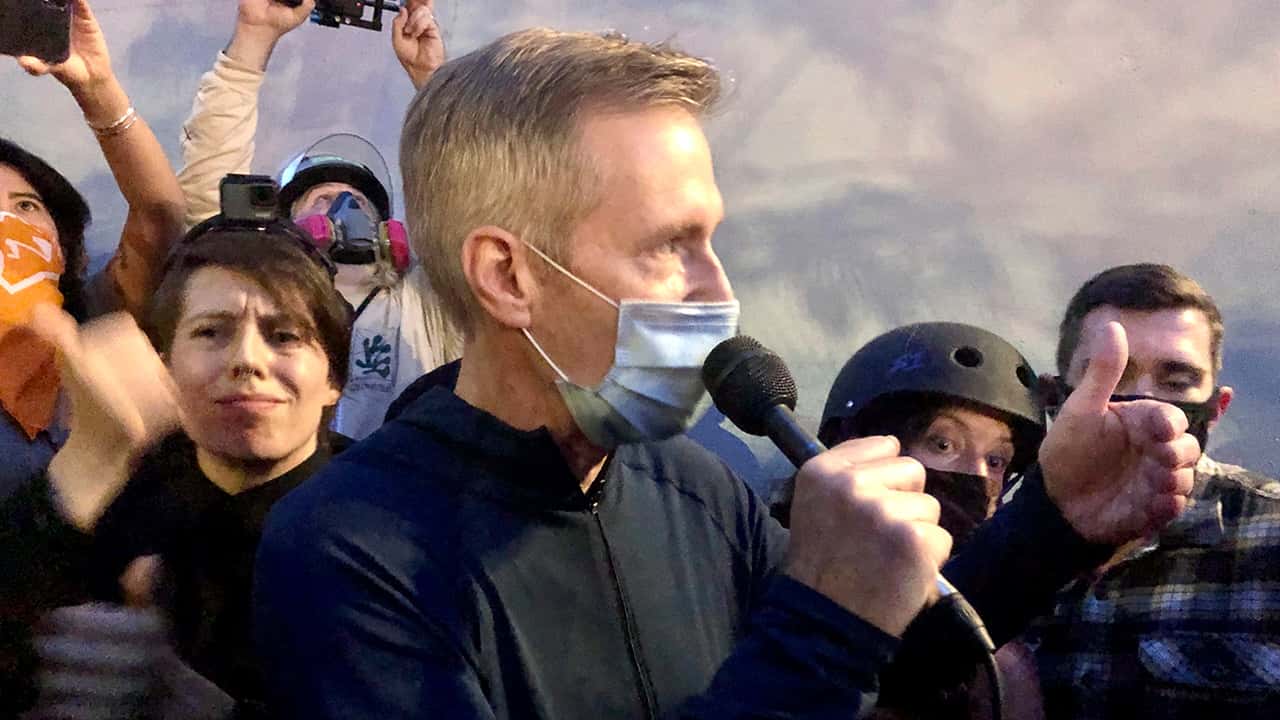 Mayor Ted Wheeler speaks to people gathered in downtown Portland, Ore., Wednesday, July 22, 2020. Wheeler faced a hostile crowd of protesters, who screamed at and sharply questioned him as he tried to rally demonstrators who have clashed repeatedly with federal agents sent in by President Donald Trump to quell ongoing unrest in the city. (AP Photo/Gillian Flaccus)

City council members accused Wheeler of not reining in police who used tear gas multiple times on protesters before federal agents arrived. And city business leaders have condemned the mayor for not bringing the situation under control before the agents showed up.