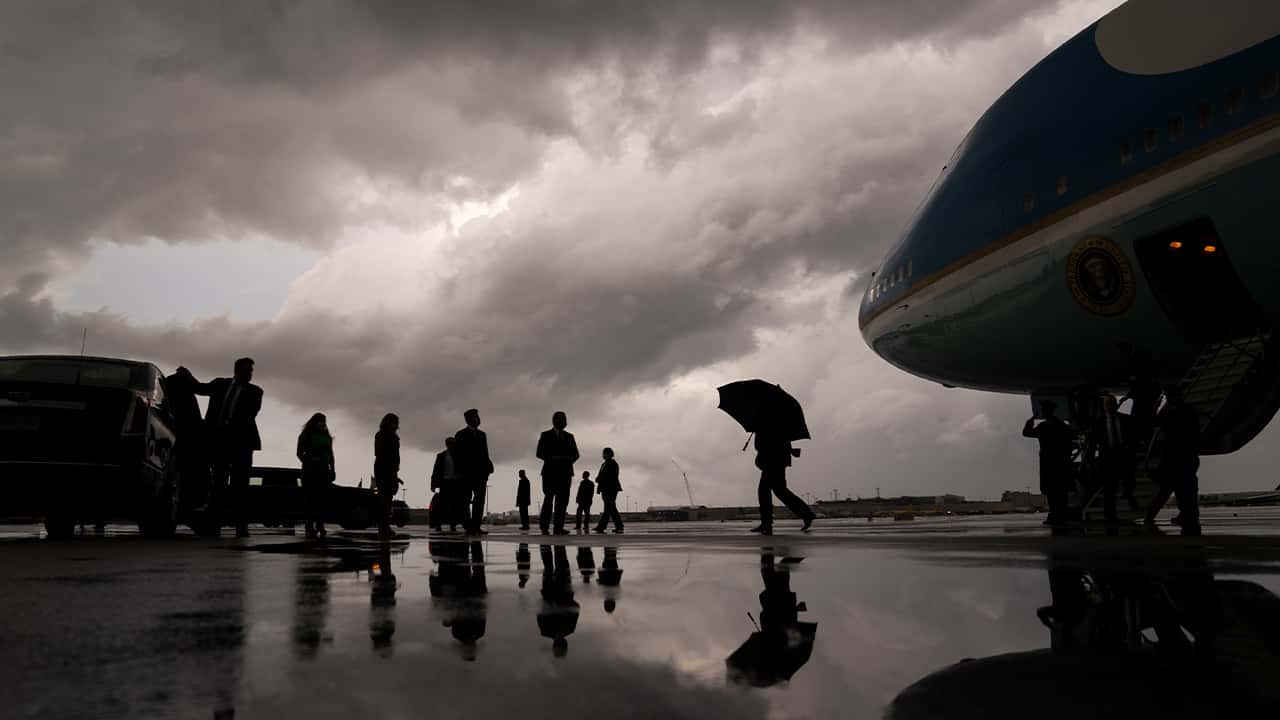 MIAMI — Friday was supposed to be the day President Donald Trump’s campaign reboot itself got a reboot. Instead, it hit another snag.

Trump’s visit to Florida was supposed to launch back-to-back days of high-profile campaigning but instead wound up being a one-off. He did fit in a campaign fundraiser in South Florida and events focused on government counternarcotics efforts and support for the Venezuelan people.
At his Doral event with Venezuelan expatriates, Trump courted a segment of Florida’s diverse Hispanic population by sharpening an emerging attack line: Biden might not be a socialist, but he is running past his expiration date and controlled by an ascendant liberal wing of the Democratic Party.
“Republicans are the party of freedom, and Democrats are the party of socialism and worse,” Trump said.
His visit to Florida took him to terrain where COVID-19′s surge threatens his hold on a must-win state and raises questions about Republican aims to hold their nominating convention in Jacksonville next month.
Biden pointed to Florida’s rising coronavirus cases, saying, “It is clear that Trump’s response — ignore, blame others, and distract — has come at the expense of Florida families.”
But Saturday’s New Hampshire visit was more problematic. Campaign officials privately acknowledged there had been fears all along about how many people would attend the Portsmouth rally. After the disappointing turnout in Tulsa, aides were intent on avoiding a repeat.
Once the storm entered the forecast, even if the rain was expected to stop in the hours before the rally, concerns about turnout only grew. For the event’s scheduled start time Saturday evening, Weather.Com forecast a 15% chance of rain.

But there was also strong opposition to Trump’s rally among some prominent New Hampshire Republicans. Judd Gregg, who previously served New Hampshire both as a governor and senator, bluntly called Trump’s planned appearance “a mistake.”

AP Exclusive: In 'Shadow System,' Migrant Kids Held in US Hotels, Then Deported