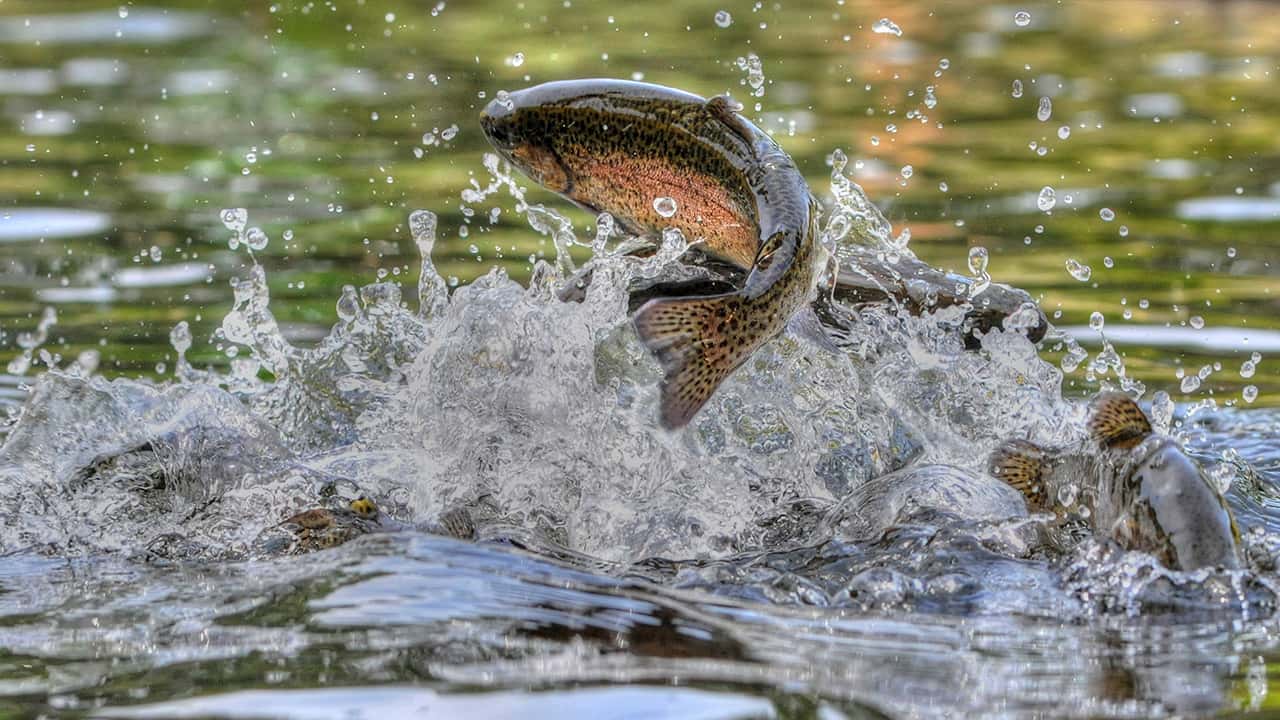 The Depopulation Could Begin as Early as Next Week

The fish to be killed are at Mojave River Hatchery, Black Rock Hatchery and Fish Springs Hatchery. All three facilities had been under quarantine for more than a month. Testing hasn’t found any bacteria at Hot Creek Hatchery in the eastern Sierra, authorities said.
The depopulation could begin as early as next week and could last up to four weeks, Rowan said.
“It’s going to be a huge effort,” he said.
Infected fish can “show symptoms including bulging eyes, lethargic or erratic swimming and increased mortality, or be asymptomatic and show no signs of infection,” the wildlife agency said in a statement.
Transmitting the bacteria from fish or animals to humans is “rare and unlikely” but there have been a few cases of people with weakened immune systems getting it from infected raw fish and unpasteurized milk products, the statement said.
Rowan said it’s unclear how the fish were infected but the strain of the bacterium matches that found in the Columbia River in Washington state. One possibility is that migrating birds visiting the California hatcheries brought the bacterium in their feces but investigators are still working on the cause, Rowan said.
“We may never find out exactly how this got in,” he said.
Other California hatcheries still have tens of millions of trout but the fish kills will “have a significant impact for a long period of time,” he added.
The agency is looking at possibly moving some fish from central and northern hatcheries to stock some waters in the eastern Sierra and Southern California.

Trump's Deployment of Federal Agents: A 'Red Flag' in Oregon