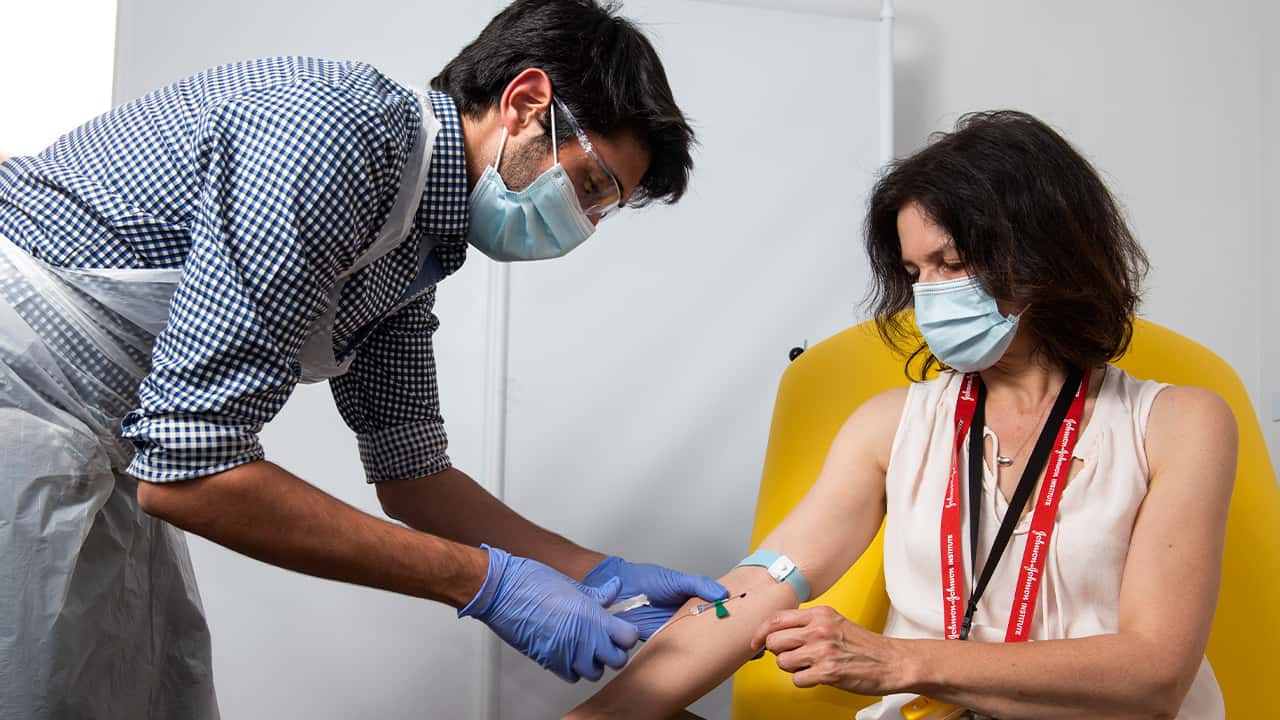 LONDON — Scientists at Oxford University say their experimental coronavirus vaccine has been shown in an early trial to prompt a protective immune response in hundreds of people who got the shot.

He said the vaccine seemed to produce a comparable level of antibodies to those produced by people who recovered from a COVID-19 infection and hoped that the T-cell response would provide extra protection.
“There’s increasing evidence that having a T-cell response as well as antibodies could be very important in controlling COVID-19,” Hill said. He suggested the immune response might be boosted after a second dose; their trial tested two doses administered about four weeks apart.
Hill said Oxford’s vaccine is designed to reduce disease and transmission. It uses a harmless virus — a chimpanzee cold virus, engineered so it can’t spread — to carry the coronavirus’ spike protein into the body, which should trigger an immune system response.
Hill said Oxford has partnered with drugmaker AstraZeneca to produce their vaccine globally, and that the company has already committed to making 2 billion doses.
“Even 2 billion doses may not be enough,” he said, underlining the importance of having multiple shots to combat the coronavirus.
“There was a hope that if we had a vaccine quickly enough, we could put out the pandemic,” Hill said, noting the continuing surge of infections globally. “I think its going to be very difficult to control this pandemic without a vaccine.”
Numerous countries including Germany, France, the Netherlands, Italy, U.S. and the U.K. have all signed deals to receive hundreds of millions of doses of the vaccine — which has not yet been licensed — with the first deliveries scheduled for the fall. British politicians have promised that if the shot proves effective, Britons will be the first to get it.
Chinese researchers also published a study on their experimental COVID-19 vaccine in the Lancet on Monday, using a similar technique as the Oxford scientists. They reported that in their study of about 500 people, an immune response was detected in those who were immunized. But they noted that because the participants weren’t exposed to the coronavirus afterwards, it wasn’t possible to tell if they were protected from the disease.

CanSino Biologics’ vaccine is made similarly to Oxford’s except the Chinese shot is made with a human cold virus, and the study showed people whose bodies recognized it didn’t get as much of the presumed COVID-19 benefit. Still, China’s government already gave special approval for the military to use CanSino’s vaccine while it explores final-stage studies.

Thousands to Walk off Job to Protest Racial Inequality