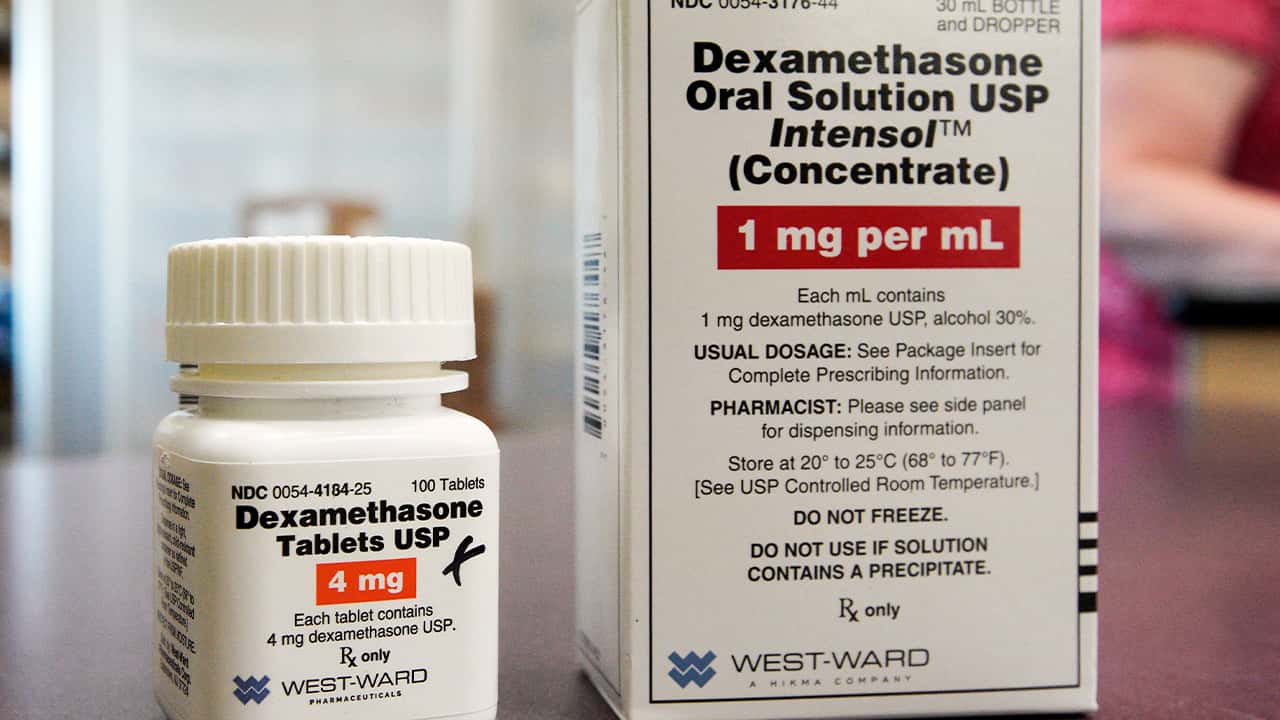 Fresh studies give more information about what treatments do or don’t work for COVID-19, with high-quality methods that give reliable results.
British researchers on Friday published their research on the only drug shown to improve survival — a cheap steroid called dexamethasone. Two other studies found that the malaria drug hydroxychloroquine does not help people with only mild symptoms.
For months before studies like these, learning what helps or harms has been undermined by “desperation science” as doctors and patients tried therapies on their own or through a host of studies not strong enough to give clear answers.
“For the field to move forward and for patients’ outcomes to improve, there will need to be fewer small or inconclusive studies” and more like the British one, Drs. Anthony Fauci and H. Clifford Lane of the National Institutes of Health wrote in the New England Journal of Medicine.
It’s now time to do more studies comparing treatments and testing combinations, said Dr. Peter Bach, a health policy expert at Memorial Sloan Kettering Cancer Center in New York.
Here are highlights of recent treatment developments:

The British study, led by the University of Oxford, tested a type of steroid widely used to tamp down inflammation, which can become severe and prove fatal in later stages of COVID-19.
About 2,104 patients given the drug were compared to 4,321 patients getting usual care.
It reduced deaths by 36% for patients sick enough to need breathing machines: 29% on the drug died versus 41% given usual care. It curbed the risk of death by 18% for patients needing just supplemental oxygen: 23% on the drug died versus 26% of the others.
However, it seemed harmful at earlier stages or milder cases of illness: 18% of those on the drug died versus 14% of those given usual care.
The clarity of who does and does not benefit “probably will result in many lives saved,” Fauci and Lane wrote.

The same Oxford study also tested hydroxychloroquine in a rigorous manner and researchers previously said it did not help hospitalized patients with COVID-19.
After 28 days, about 25.7% on hydroxychloroquine had died versus 23.5% given usual care — a difference so small it could have occurred by chance
Now, details published on a research site for scientists show that the drug may have done harm. Patients given hydroxychloroquine were less likely to leave the hospital alive within 28 days — 60% on the drug versus 63% given usual care. Those not needing breathing machines when they started treatment also were more likely to end up on one or to die.
Two other experiments found that early treatment with the drug did not help outpatients with mild COVID-19.
A study of 293 people from Spain published in the journal Clinical Infectious Diseases found no significant differences in reducing the amount of virus patients had, the risk of worsening and needing hospitalization, or the time until recovery.
A similar study by University of Minnesota doctors in Annals of Internal Medicine of 423 mildly ill COVID-19 patients found that hydroxychloroquine did not substantially reduce symptom severity and brought more side effects.
“It is time to move on” from treating patients with this drug, Dr. Neil Schluger from New York Medical College wrote in a commentary in the journal. 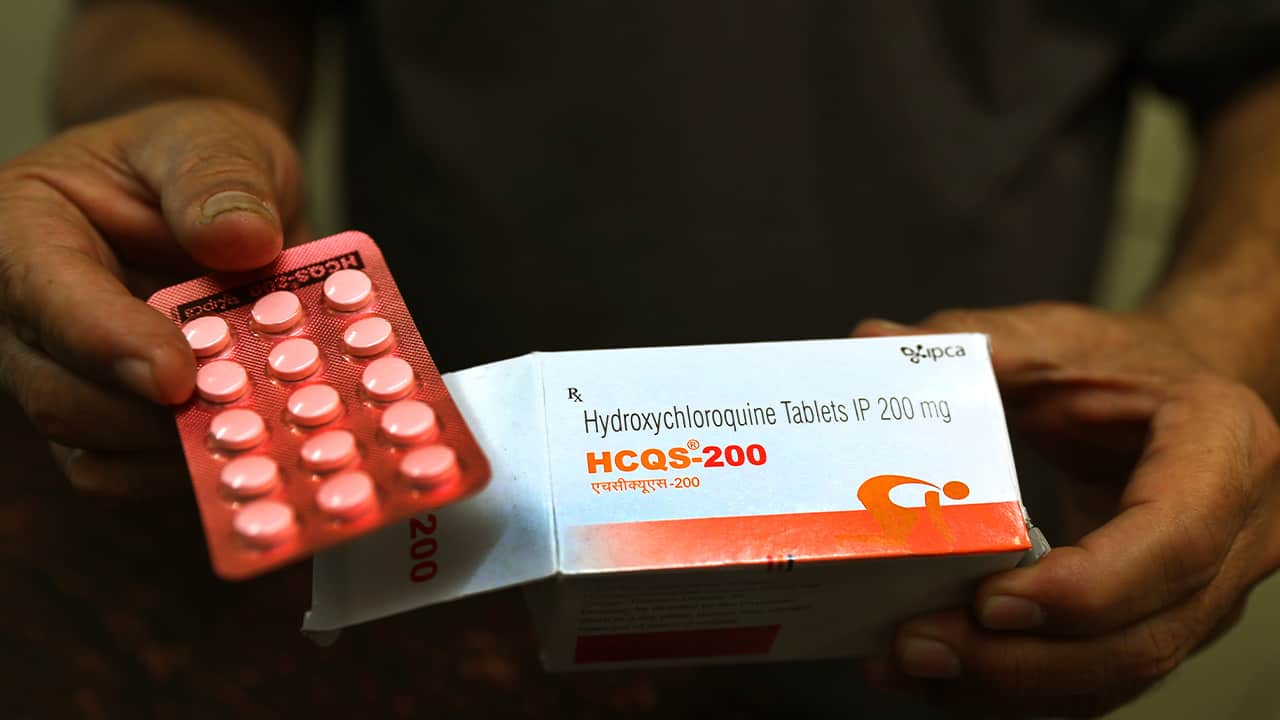 FILE – In this April 9, 2020 file photo, a chemist displays hydroxychloroquine tablets in New Delhi, India. U.S. regulators are revoking emergency authorization for malaria drugs promoted by President Donald Trump for treating COVID-19. The Food and Drug Administration said Monday, June 15 that the drugs hydroxychloroquine and chloroquine are unlikely to be effective in treating the coronavirus. (AP Photo/Manish Swarup, File)

The only other therapy that’s been shown to help COVID-19 patients is remdesivir, an antiviral that shortens hospitalization by about four days on average.
“The role of remdesivir in severe COVID is now what we need to figure out,” Memorial Sloan Kettering’s Bach wrote in an email, saying the drug needs to be tested in combination with dexamethasone now.
Details of the government-led remdesivir study have not yet been published, but researchers are eager to see how many patients received other drugs such as steroids and hydroxychloroquine.
Meanwhile, Gilead Sciences, the company that makes remdesivir, which is given as an IV now, has started testing an inhaled version that would allow it to be tried in less ill COVID-19 patients to try to keep them from getting sick enough to need hospitalization. Gilead also has started testing remdesivir in a small group of children.
Supplies are very limited, and the U.S. government is allocating doses to hospitals through September. 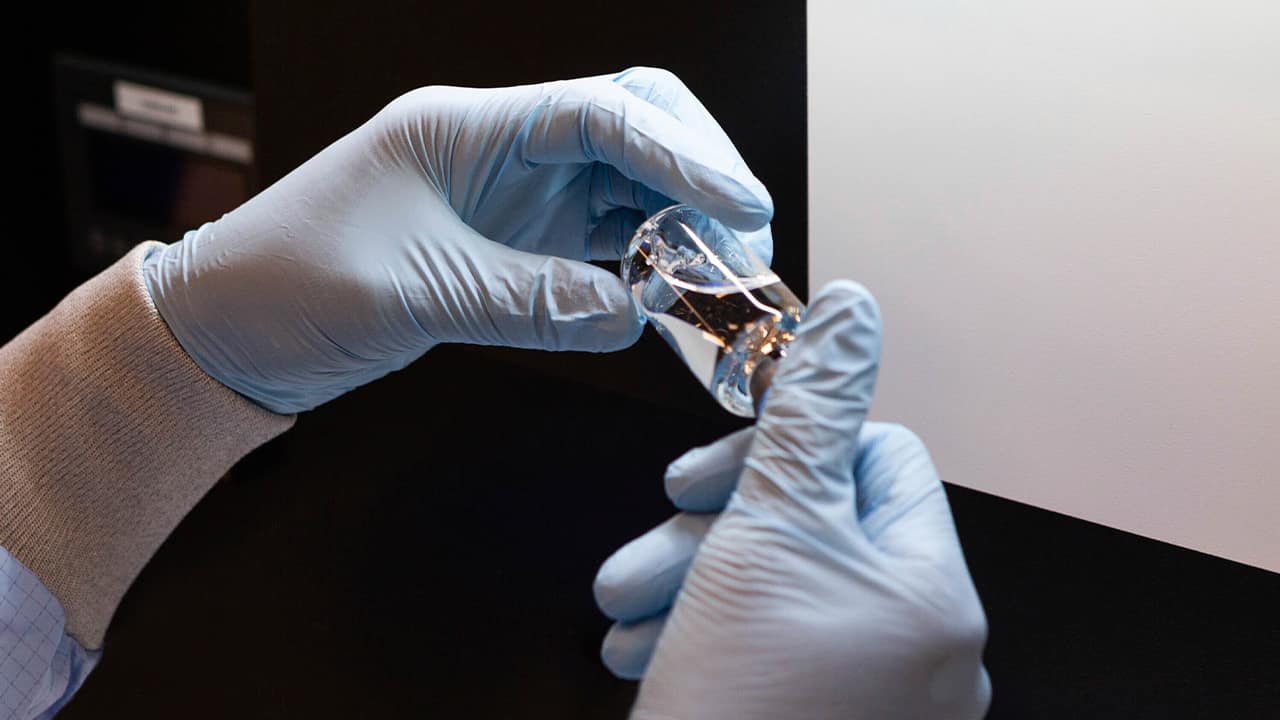 In this March 2020 photo provided by Gilead Sciences, a vial of the investigational drug remdesivir is visually inspected at a Gilead manufacturing site in the United States. Given through an IV, the medication is designed to interfere with an enzyme that reproduces viral genetic material. (Gilead Sciences via AP)