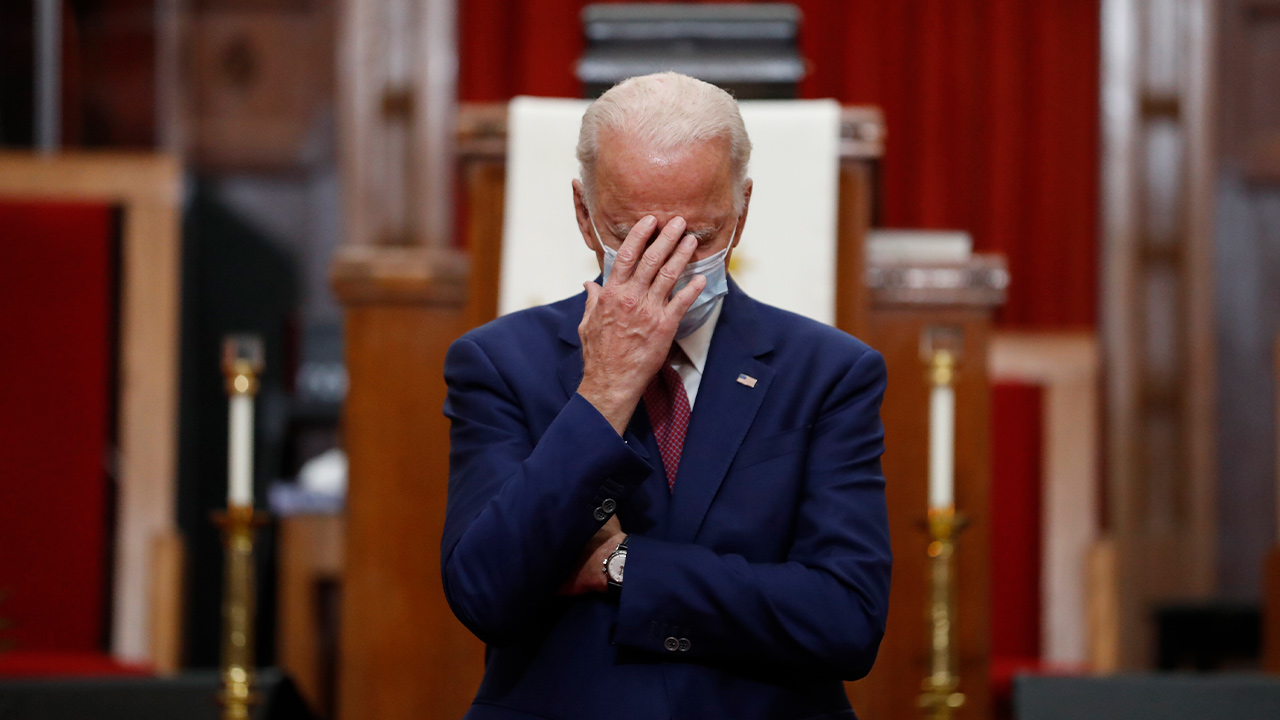 President Donald Trump’s appeal to religious conservatives is a cornerstone of his political identity. But Joe Biden is a different kind of foe than Trump has faced before: one who makes faith a central part of his persona — often literally wearing it on his sleeve. 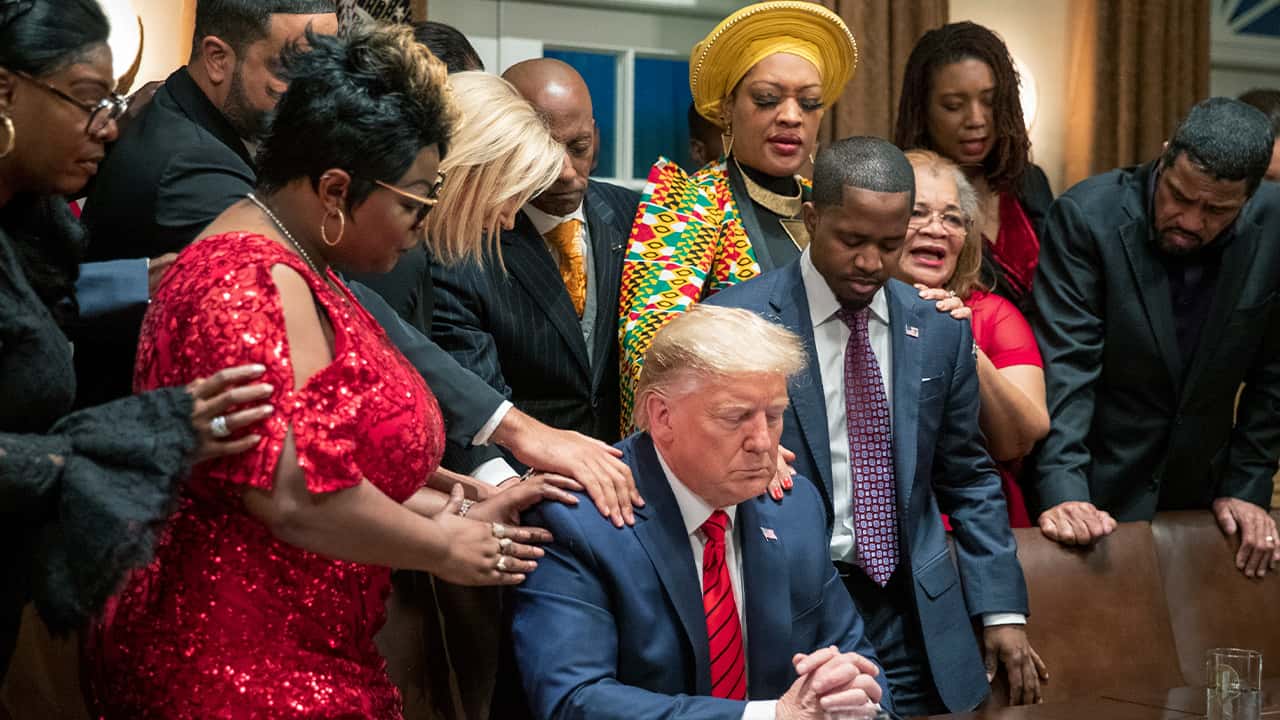 FILE – In this Thursday, Feb. 27, 2020, file photo, African American leaders say a prayer with President Donald Trump as they end a meeting in the Cabinet Room of the White House, in Washington. Trump’s appeal to religious conservatives is a cornerstone of his political identity. But Joe Biden is a different kind of foe than Trump has faced before: one who makes faith a central part of his persona – often literally wearing it on his sleeve. (AP Photo/Manuel Balce Ceneta, File)

That often may depend on the issue in question. The presumptive nominee’s shift leftward on federal funding for abortions is a potential liability with evangelicals as well as many Catholics, for example.
But Biden has used moral language and quoted Pope Francis when discussing other issues that many Catholics do support, such as immigration reform, expanding health care access and tackling climate change.
“My faith teaches me that we should be a nation that not only accepts the truth of the climate crisis, but leads the world in addressing it,” Biden wrote in a Religion News Service editorial.
As the coronavirus pandemic and unrest over racial injustice roil Trump’s presidency, Biden’s team sees an opening to claim the moral high ground. Joshua DuBois, who led religious outreach for former President Barack Obama, described the political climate as “the perfect storm” for the president.
Biden could make “small but meaningful gains” among white evangelicals, whose support for Trump has fluctuated by as many as 15 points in recent polls, by contrasting himself as “the type of person who’s going to speak to our better angels,” DuBois said.
The campaign has yet to match the denomination-level outreach that Obama’s 2008 team deployed, beyond releasing a specific agenda aimed at fellow Catholics, but insiders say that’s by design. McCarthy said the campaign bakes religious elements into other programs, holding faith-focused calls with LGBTQ, Asian American, African American, Latino, Jewish and Muslim communities, among other constituencies.
As for evangelicals, McCarthy said the campaign is targeting three subgroups that may be more on the fence: Latinos, white suburban women and youth, whom surveys have shown to lean less conservative.
The campaign signaled its seriousness Thursday with the hiring of Josh Dickson to oversee faith engagement. Dickson, a former Republican who declared in 2012 that “I’m a Democrat because of my evangelical faith,” previously worked on religious outreach for the Democratic National Committee and Obama’s 2012 campaign.

“Faith-motivated voters — including those traditionally more moderate and conservative — are especially eager to see a President who both shares and leads with the values important to them,” Dickson said in a statement. “Vice President Biden has stood and fought for these values — loving our neighbor, caring for the poor and vulnerable, fighting against injustice and oppression — his entire career.”