Record Number of LGBTQ Candidates Running for Office in US 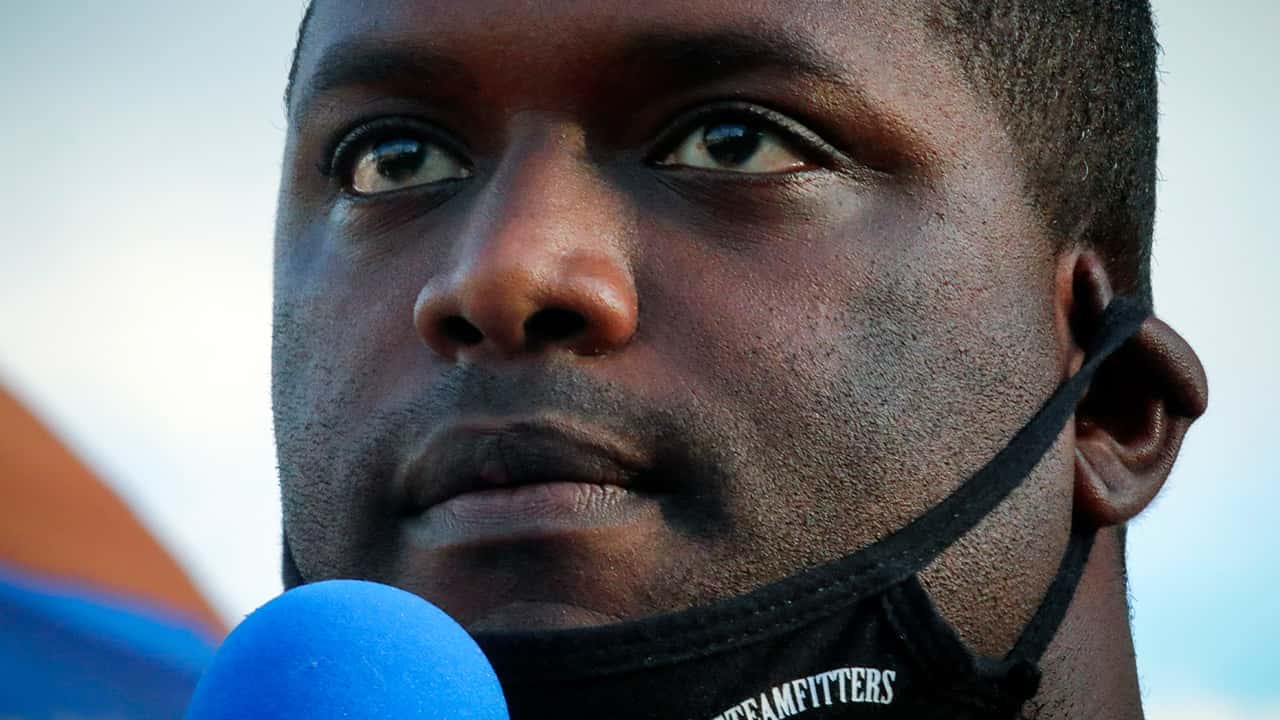 NEW YORK — The number of openly LGBTQ elected officials in the United States has more than doubled in the past four years — and those ranks could soon grow, thanks to a record field of LGBTQ candidates this year, according to new data from an advocacy and research group.
The LGBTQ Victory Institute’s Out For America report, released Thursday, tallies 843 openly LGBTQ elected officials across all levels of government at present, up from 417 in June 2016. The institute says a record 850 LGBTQ people are running for office this year, including several candidates with strong chances of entering Congress.
Yet the institute’s president, former Houston Mayor Annise Parker, says that despite significant progress, LGBTQ people “continue to be severely underrepresented in every state and at every level of government.”
She said LGBTQ people make up about 4.5% of the U.S. adult population, yet hold only 0.17% of the more than 510,000 elected positions in the U.S., ranging from Congress and state legislatures to city councils and school boards. To achieve proportionate representation, Parker said, LGBTQ people would need to win more than 22,500 additional positions.
The Victory Institute data reveals a striking partisan divide. As of 2018, it counted 438 LGBTQ elected officials affiliated with the Democratic Party and only 16 Republicans. Among the LGBTQ candidates with solid chances of winning in November are several Democratic congressional contenders.
One is Gina Ortiz Jones, an Air Force veteran who nearly beat Republican incumbent Will Hurd in a southwest Texas district two years ago, and now is viewed as an even stronger candidate in the mostly Hispanic district because of Hurd’s retirement.

‘I Never Imagined Someone Like Me Could Run for Congress’

Jones, in a telephone interview, said health care is the dominant issue on the minds of many of the district’s voters, but on the campaign trial she frequently shares her thoughts on the need for equality for LGBTQ people.
When she went to college on an Air Force ROTC scholarship and later served in Iraq as an intelligence officer, the now-defunct Don’t Ask, Don’t Tell policy was in effect — obligating gay and lesbian service members to be secretive about their sexual orientation.
“If they found out I was gay, I would have lost my scholarship,” she said. “I bring my entire self to this race — people want to get a sense of the life that you’ve lived.”
In New York state, a gay, Black attorney, Mondaire Jones, was this week declared winner of the Democratic primary for a congressional seat opening up in New York City’s northern suburbs. It’s an overwhelmingly Democratic district, so Jones has a strong chance of becoming a history-maker in Congress — it’s never had an openly LGBTQ Black member.
Jones could have company in breaking that barrier. Gay New York City Councilman Ritchie Torres, who is Afro-Latino, also has a good chance of winning a congressional seat in the Bronx.
“Growing up poor, Black, and gay, I never imagined someone like me could run for Congress, let alone win,” Jones said in his primary victory statement. 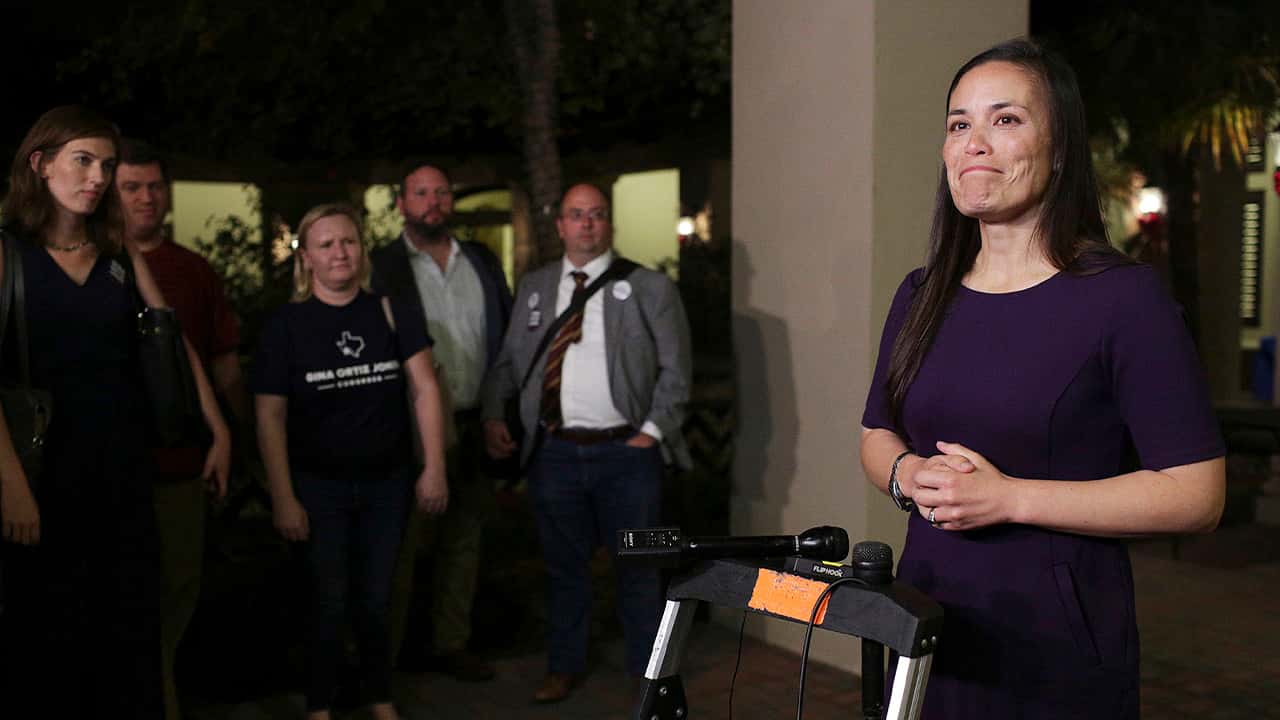 FILE – In this Tuesday, Nov. 6, 2018, file photo, Gina Ortiz Jones speaks to the media after the Bexar County Democratic Party election night watch party at The Herrera Law Firm in San Antonio. Ortiz Jones is among the LGBTQ candidates with a solid chance of winning a congressional seat in November 2020. (Lisa Krantz/The San Antonio Express-News via AP, File)

During That Same Time Period, the Number of Transgender Elected Officials Rose From Six to 26

Among other LGBTQ congressional candidates — all Democrats — are Beth Doglio in Washington state, Pat Hackett in Indiana, Alex Morse in Massachusetts, and Georgette Gómez in California.
Gómez is currently president of the city council in San Diego, where a gay state legislator, Todd Gloria, is a leading contender in the race to become mayor.
The Victory Institute says the number of LGBTQ Black people and Hispanic people holding elected positions has doubled in the past three years — from 92 to 184.
During that same time period, the number of transgender elected officials rose from six to 26. In Delaware, Democratic candidate Sarah McBride is campaigning this year to become the first openly transgender person elected to a state senate anywhere in the U.S.
Parker said LGBTQ elected officials have been leaders on a wide range of issues, including affordable housing, health care, immigration and gun control, as well as influencing debate on LGBTQ rights.
“When LGBTQ elected officials are in the halls of power, they change the hearts and minds of their lawmaker colleagues, defeat anti-LGBTQ bills and inspire more inclusive legislation,” she said.

Related Topics:2020 ElectionLGBTQ
Up Next

Bill Would Add Taxpayers to List for Juries in California