Kelly Preston, Actor and Wife of John Travolta, Dies at 57 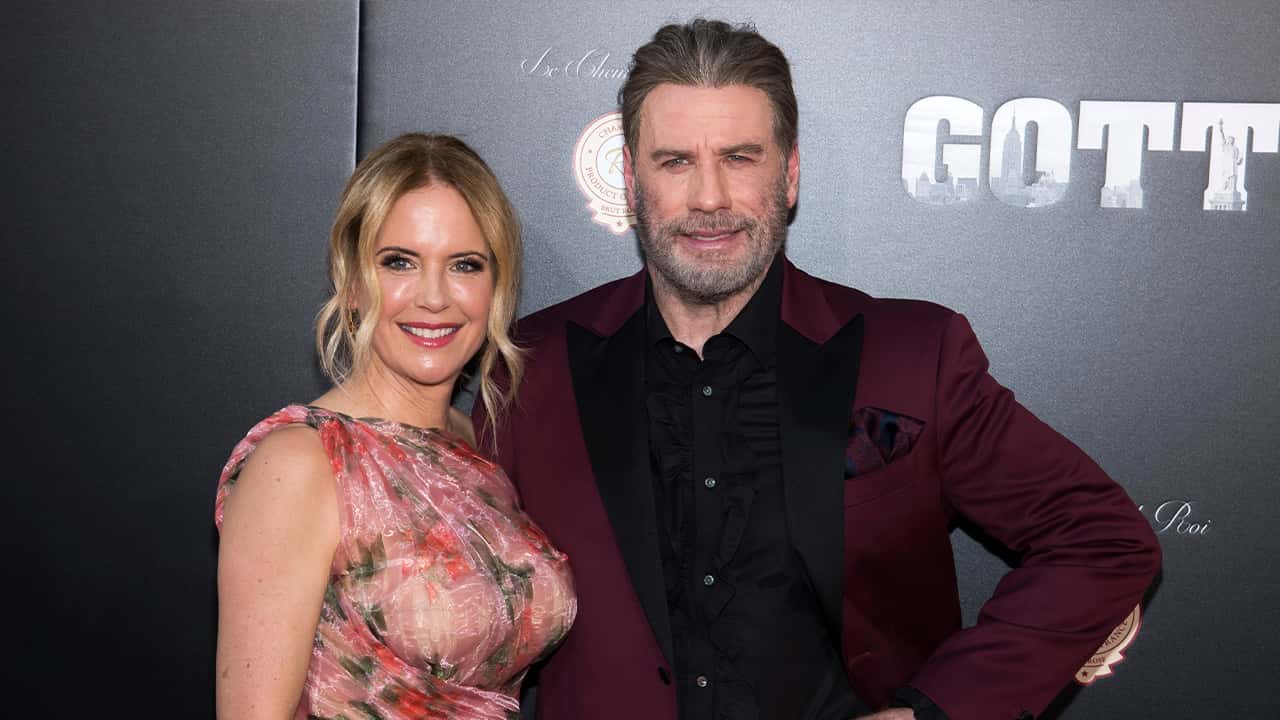 LOS ANGELES — Kelly Preston, who played dramatic and comic foil to actors ranging from Tom Cruise in “Jerry Maguire” to Arnold Schwarzenegger in “Twins,” died Sunday, husband John Travolta said. She was 57.
Travolta said in an Instagram post that his wife of 28 years died after a two-year battle with breast cancer.
“It is with a very heavy heart that I inform you that my beautiful wife Kelly has lost her two-year battle with breast cancer,” Travolta said. “She fought a courageous fight with the love and support of so many.”
The couple had three children together.
“Shocked by this sad news,” Maria Shriver said on Twitter. “Kelly was such a bright loving soul, a talented actress, and a loving mom and wife. My heart breaks for her family who have already known such sadness and grief.”

Shocked by this sad news. Kelly was such a bright loving soul, a talented actress, and a loving mom and wife. My heart breaks for her family who have already known such sadness and grief. Join me in sending them love and strength. #RIP #KellyPreston https://t.co/DndcfOtlOn

Born Kelly Kamalelehua Smith on Oct. 13, 1962, in Honolulu, Hawaii, Preston had a lengthy acting career in movies and television beginning in the 1980s, including the 1985 teen comedy “Mischief,” 1986’s “Space Camp” and her breakthrough, 1988’s “Twins.” Preston played Marnie, the woman who marries Schwarzenegger’s character.
Preston was first married to actor Kevin Gage. They divorced in 1987.
The year after, Preston met Travolta while shooting the 1989 film “The Experts,” a box-office flop about a Soviet KGB agent who hires hip New Yorkers to update the spy program’s understanding of American society. They meet on the dance floor after Travolta asks, “Does anyone here know how to dance.” Preston responds: “I know how to dance.”
They were married in 1991 at a midnight ceremony in Paris while expecting their first son, Jett.
Preston starred opposite Kevin Costner in the 1999 film “For the Love of the Game.” In 2003, she starred in “What a Girl Wants” and as the mom in the live-action adaptation of “The Cat in the Hat.” The following year she appeared in the music video for Maroon 5′s “She Will Be Loved.”

Preston Occasionally Appeared in Films With Her Husband

Preston gave one of her most well-received performances in “Jerry Maguire” as the ex-fiancée of Cruise’s sports agent who dumps him early in the movie. The Daily News called her “icily effective.”
On Monday, Russell Crowe recalled knowing Preston in the ’90s. He said he hadn’t seen her much since, “but when I did, she was always the same sparkly eyed gem.”
Preston occasionally appeared in films with her husband, though the results were seldom among either’s best work. Among them: the box-office bomb “Battlefield Earth” in 2000 and the 2009 Disney comedy “Old Dogs,” also with their daughter, Ella Bleu.
In January 2009, Jett Travolta, 16, died after a seizure at the family’s vacation home in the Bahamas. The death touched off a court case after an ambulance driver and his attorney were accused of trying to extort $25 million from the actors in exchange for not releasing sensitive information about their son’s death.
Travolta testified during a criminal trial that ended in a mistrial and was prepared to testify a second time, but decided to stop pursuing the case and it was dismissed. He cited the severe strain the proceedings and his son’s death had caused the family.
Both Preston and Travolta returned to acting, with Preston’s first role back in the Nicholas Sparks adaptation, “The Last Song,” which starred Miley Cyrus and her future husband, Liam Hemsworth.
In addition to Jett and Ella Bleu, who was born in 2000, the couple had son Benjamin in 2010. Ella wrote on Instagram Sunday: “I have never met anyone as courageous, strong, beautiful and loving as you. Anyone who is lucky enough to have known you or to have ever been in your presence will agree that you have a glow and a light that never ceases to shine and that makes anyone around you feel instantly happy.”
The couple last starred together in the 2018 film “Gotti,” with Travolta playing John Gotti and Preston playing the crime boss’s wife, Victoria.
“Kelly’s love and life will always be remembered,” Travolta said on Instagram. “I will be taking some time to be there for my children who have lost their mother, so forgive me in advance if you don’t hear from us for a while. But please know that I will feel your outpouring of love in the weeks and months ahead as we heal.”

More Than 200 Schools Back Lawsuit Over Foreign Student Rule