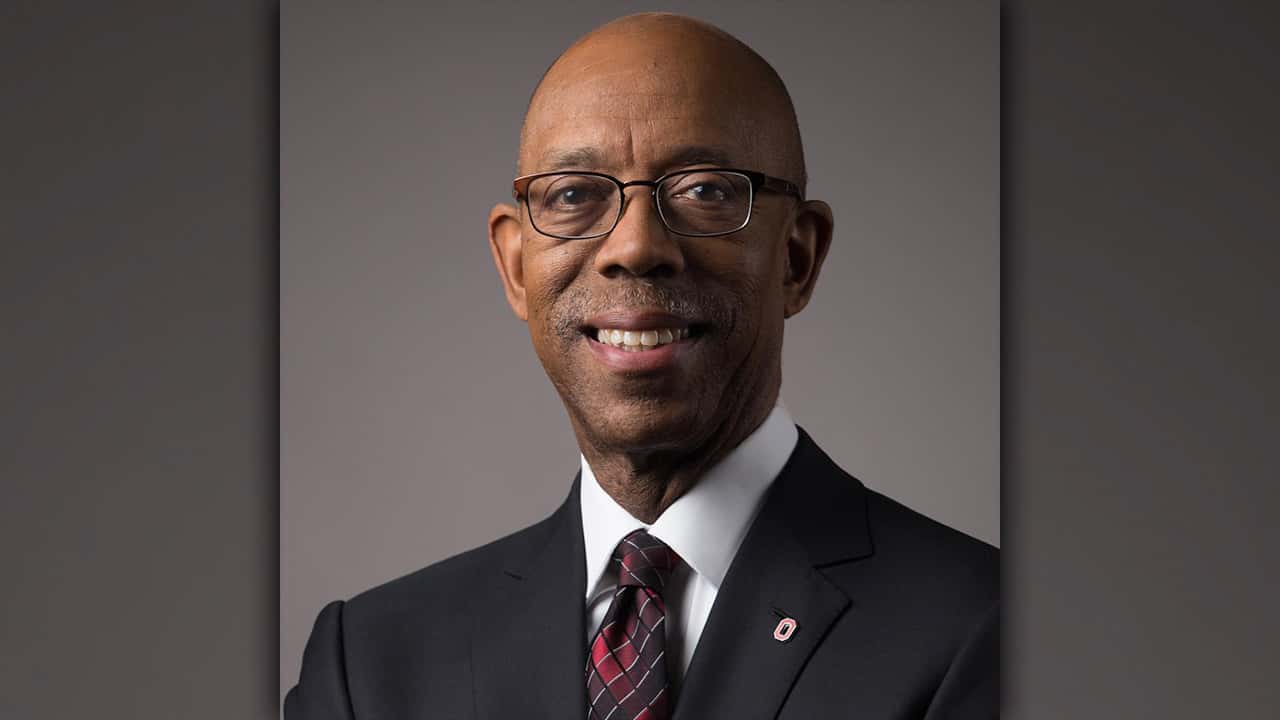 SAN FRANCISCO — Dr. Michael Drake was chosen Tuesday to be president of the University of California, the first Black leader in the system’s 150-year history.
Drake, a seasoned university administrator, replaces Janet Napolitano in overseeing a sprawling, 280,000-student system dealing with issues of accessibility for Blacks and other minorities, along with slashed budgets and upended campus life because of the coronavirus pandemic.


Drake, a seasoned university administrator, replaces Janet Napolitano in overseeing a sprawling, 280,000-student system dealing with issues of accessibility for Blacks and other minorities, along with slashed budgets and upended campus life because of the coronavirus pandemic.
Drake is a UC-trained physician who served as chancellor of the University of California, Irvine, and also led The Ohio State University before retiring from that job last month.
The UC Board of Regents unanimously approved Drake’s appointment.
“I’m excited and ready to go,” Drake told the board, noting the challenging times amid the pandemic, the threat of climate change, and “the yawning wounds of social injustice that we see in so many ways that really tears at the fabric of our lives.”
He noted that the UC system is “best equipped worldwide” to be “fully engaged in finding solutions.”
Napolitano, whose seven years as president end Aug. 1, said Drake’s appointment is “one more step in our university’s ongoing effort to ensure that the university reflects the rich diversity of our state. It follows other recent decisions by this board to address issues of inequity and systemic racism in our society.”
Napolitano and Drake’s references to systemic racism and social injustice echo the topics of mass protests worldwide following the death of George Floyd, a black man, who died in Minnesota after a white officer pressed a knee to his neck.
The first woman to serve as UC president, Napolitano added that: “I recognize the significance of these firsts and while I hope that this kind of leadership diversity at our nation’s universities will soon become commonplace, I am humbled and grateful to have been part of this chapter in UC’s history.”

During His Ohio Tenure, the School Reversed a 20-Year Trend of Decreasing African American Enrollment

Drake was UC Irvine’s chancellor from 2005 to 2014, when the university increased the number of applicants for undergraduate admission by more than 90% and added programs in law, public health, pharmaceutical sciences and nursing science.
Drake went on to become president at The Ohio State University. In that position, he worked to increase the numbers of minority and underrepresented students. The university boosted financial aid and introduced changes to the tuition model.
“I’m a firm believer in inclusion. It takes all of us to do our best work,” Drake said at an afternoon teleconference, adding that it will be “a critical part of our moving forward.”
Drake said that during his Ohio tenure, the school reversed a 20-year trend of decreasing African American enrollment, with the number of Blacks admitted to the university doubling between 2014 and 2020. The school also “dramatically” increased retention and graduation rates for all students, Drake said.
He also worked to create minority representation during his years in the UC system. Prior to UC Irvine, he served as vice chancellor for health affairs for the UC system. He earned his medical degree in ophthalmology at UC San Francisco.
“Michael is a wise and thoughtful leader, never afraid to do the right thing at the right time,” said Kim A. Wilcox, UC Riverside’s chancellor, who served with Drake on the board of the University Innovation Alliance, a group of 11 public universities working to improve college access for low-income students, first-generation students, and students of color.
Drake takes the helm as the state budget cuts more than $470 million from the UC system, and many campuses have already announced plans for mostly online instruction in the fall.

“I am confident that Dr. Drake is the leader we need to guide our world-class higher education system through this time of unprecedented challenge,” Gov. Gavin Newsom said.
The announcement also comes as the California State University system is searching for a new leader. President Timothy White announced he would retire in June, but delayed his departure until the fall because of the pandemic.


The announcement also comes as the California State University system is searching for a new leader. President Timothy White announced he would retire in June, but delayed his departure until the fall because of the pandemic.
Napolitano oversaw historic expansions at the 10-campus system and championed immigrant students. When she took the post in 2013, Napolitano seemed an unconventional choice to lead the prestigious public university system. She had no ties to UC and no experience in academic leadership in her career.
Napolitano has been governor of Arizona, secretary of U.S. Homeland Security, a federal prosecutor and a partner in a prominent Phoenix law firm.
During her tenure at UC, Napolitano won praise for helping to boost enrollment to historic numbers and reforming sexual misconduct policies.
However, a state audit in 2016 found that Napolitano’s office not only amassed millions of dollars in reserve funds that weren’t disclosed but that top aides also sought to suppress criticism of her office in surveys that were supposed to be confidential and sent directly to the state auditor.
State Auditor Elaine Howle’s report said there was “insufficient evidence” to conclude Napolitano knew or approved of any interference. But the investigation and subsequent oversight prompted a rare public rebuke by the UC’s governing Board of Regents, and the university adopted measures to improve transparency.
Napolitano has battled a recurrence of breast cancer, but when she announced her resignation last September she said her health was good. She plans to resume teaching at UC Berkeley’s Goldman School of Public Policy in the fall of 2021.

Exhausted Cities Face Another Challenge: A Surge in Violence