Kaepernick, ESPN Team Up for Documentary Series on His Life 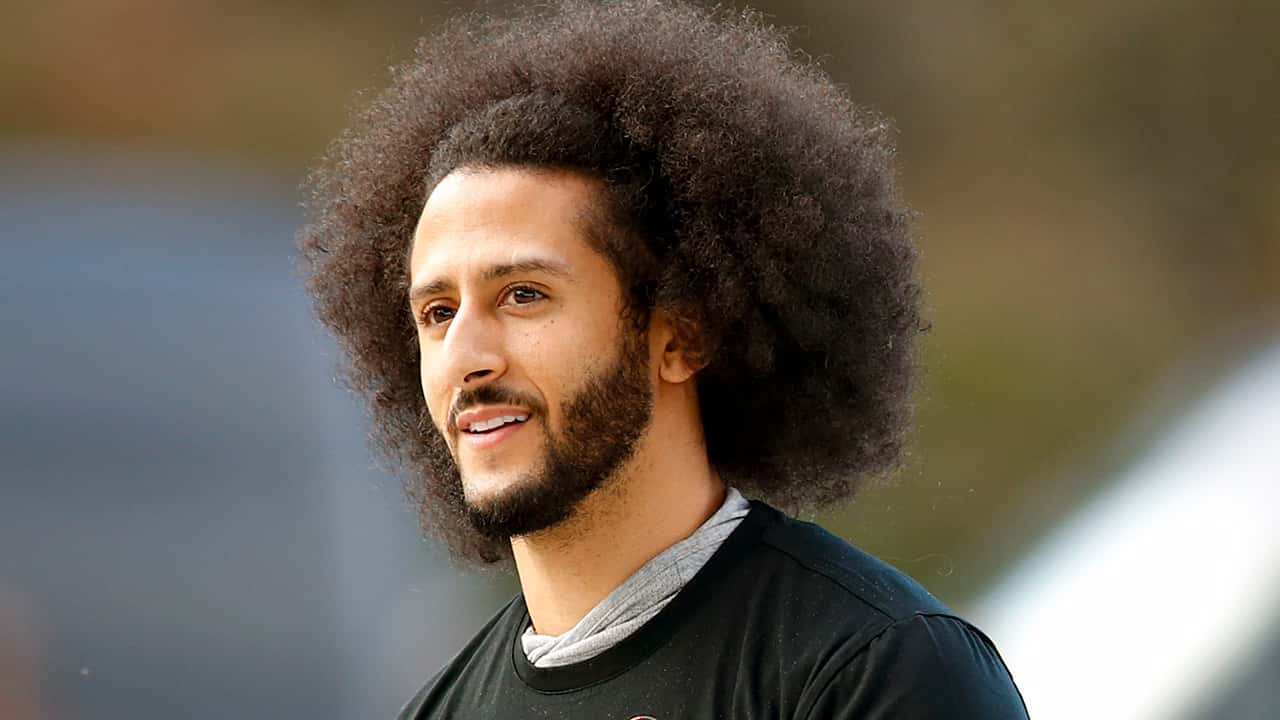 Colin Kaepernick will be featured in a documentary series produced by ESPN Films as part of a first-look deal with The Walt Disney Co.
The deal between Kaepernick’s production arm, Ra Vision Media, and The Walt Disney Co. was announced Monday. The partnership will focus on telling scripted and unscripted stories that explore race, social injustice and the quest for equity. It also will provide a platform to showcase the work of directors and producers of color.
“I am excited to announce this historic partnership with Disney across all of its platforms to elevate Black and Brown directors, creators, storytellers, and producers, and to inspire the youth with compelling and authentic perspectives,” Kaepernick said in a statement. “I look forward to sharing the docuseries on my life story, in addition to many other culturally impactful projects we are developing.”
Despite being exiled from the NFL since the 2016 season when he took a knee during the national anthem to protest police brutality and racial inequality, Kaepernick still wants to play.
A person close to the former San Francisco 49ers quarterback told The Associated Press that Kaepernick is in excellent shape and ready to play but hasn’t received any calls.

His Deal With the Walt Disney Co. Will Extend Across All Disney Platforms

Following the nationwide protests in the aftermath of George Floyd’s death, NFL Commissioner Roger Goodell apologized to players for not listening to them earlier, encouraged them to protest peacefully and denounced racism.
Kaepernick, who became the face of a Nike campaign in 2018, will work closely with The Undefeated, which is expanding its portfolio across Disney, to develop stories from the perspective of communities of color.
His deal with The Walt Disney Co. will extend across all Disney platforms, including Walt Disney Television, ESPN, Hulu, Pixar and The Undefeated.
“During this unprecedented time, The Walt Disney Co. remains committed to creating diverse and inclusive content that resonates and matters,” said Bob Iger, Disney’s executive chairman. “Colin’s experience gives him a unique perspective on the intersection of sports, culture and race, which will undoubtedly create compelling stories that will educate, enlighten and entertain, and we look forward to working with him on this important collaboration.”
The docuseries chronicling Kaepernick’s journey and his last five years is the first project in development.
“Developing exceptional storytelling told through a wide array of voices is at the core of who we are at ESPN,” ESPN President Jimmy Pitaro said. “Colin has had a singular path as both an athlete and an activist, and, as the nation continues to confront racism and social injustice, it feels particularly relevant to hear Colin’s voice on his evolution and motivations.”