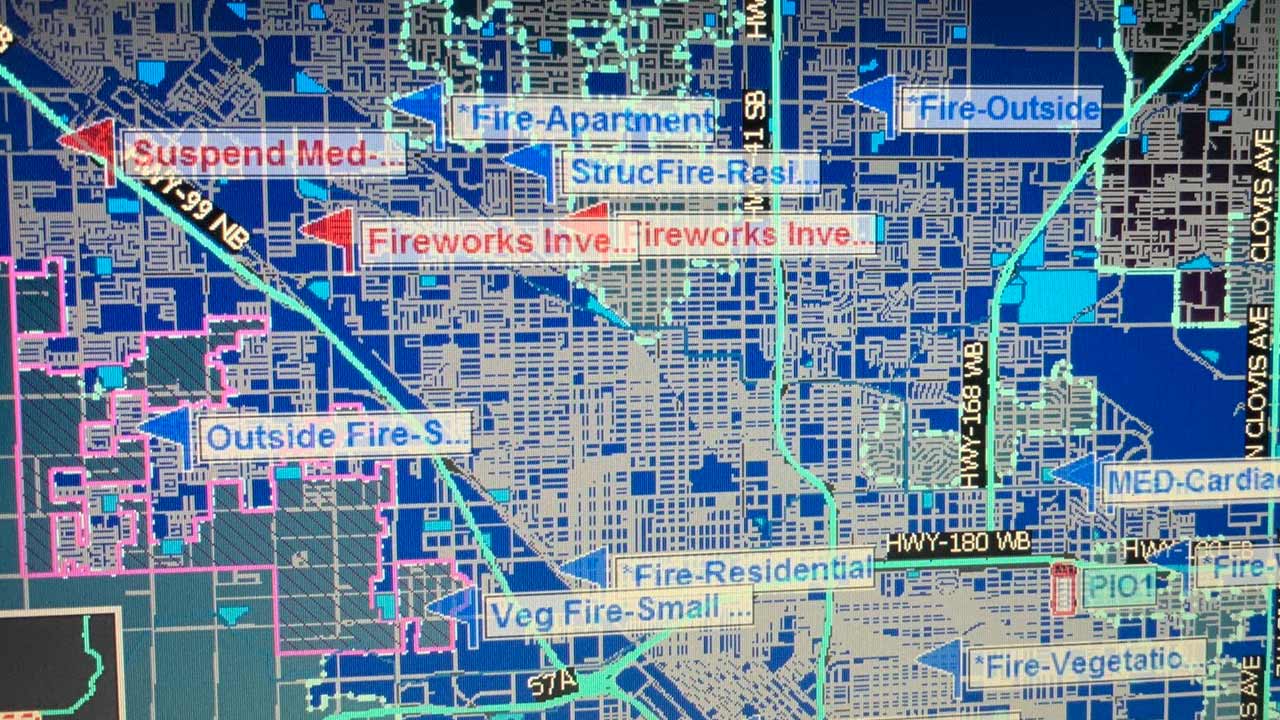 One look at the Fresno sky on Saturday night might have told you it was the worst night ever for illegal fireworks. Confirmation came from events on the ground.

“There were three-and-half hours of non-stop aerial fireworks, which are illegal, over Fresno on Saturday night. The firefighters I talked to said they had never seen anything like it. Fireworks were going off in every part of the city.” — Shane Brown, public information officer, Fresno Fire Department

According to the Fresno Fire Department, it answered 135 calls for fires on the Fourth of July. And, at 10:18 p.m. overwhelmed crews stopped responding to medical emergency requests — unless it was for cardiac arrest — for nearly three hours.

The department responded to 78 fires on the Fourth of July last year.

“There were three-and-half hours of non-stop aerial fireworks, which are illegal, over Fresno on Saturday night,” said Fresno Fire Department Public Information Officer Shane Brown on Monday. “The firefighters I talked to said they had never seen anything like it. Fireworks were going off in every part of the city.”

I’ve never seen it this bad! Police and fire departments are swamped and can’t respond to real emergencies.. https://t.co/kQWzvbWhP0

High Call Volume on Sunday, Too

All together, Fresno fire crews responded to a total of 211 calls Saturday. At 3 a.m. Sunday, Brown said, the department was still fighting 14 fires.

Miraculously, perhaps, there were no reports of injuries to residents or firefighters.

“We filtered calls that would likely meet the criteria for fireworks from this past Saturday,” Botti said in a news release. “Keywords included:  Fireworks, fire, and public hazard.  There were a total of 234.
One thing to note is that if, for example, five people called in a report for fireworks in one particular area, that gets merged into one call, so that is why the 234 number may seem lower than you would expect.”

Sgt. Jeff LaBlue, spokesman for the Fresno Police Department, said Monday that the department received about 4,000 calls for service on July 4, “which is normal for a Saturday night in the summer.”

But, with illegal fireworks exploding all over the city, the department deactivated its ShotSpotter technology. That system helps officers quickly detect and respond to gunshots.

Fireworks Exploding All Over

Well before the holiday, states all over the nation reported that people were setting off fireworks in large numbers.

Two popular explanations for the surge: the cancelation of public displays because of the COVID-19 pandemic, and people looking to blow off steam while being under lockdown orders.

In Los Angeles, firefighters responded to thousands of emergency calls Saturday and extinguished at least one large blaze that consumed half an apartment complex in Northridge, The Los Angeles Times reported.

WATCH: A time-lapse video from our skycam shows hundreds of illegal fireworks bursting over Fresno on the 4th of July Saturday.

AIDS Report: Kids Are Lagging and COVID-19 Is Harming Care