Fireworks Are Booming Before July 4, but Why the Ruckus? 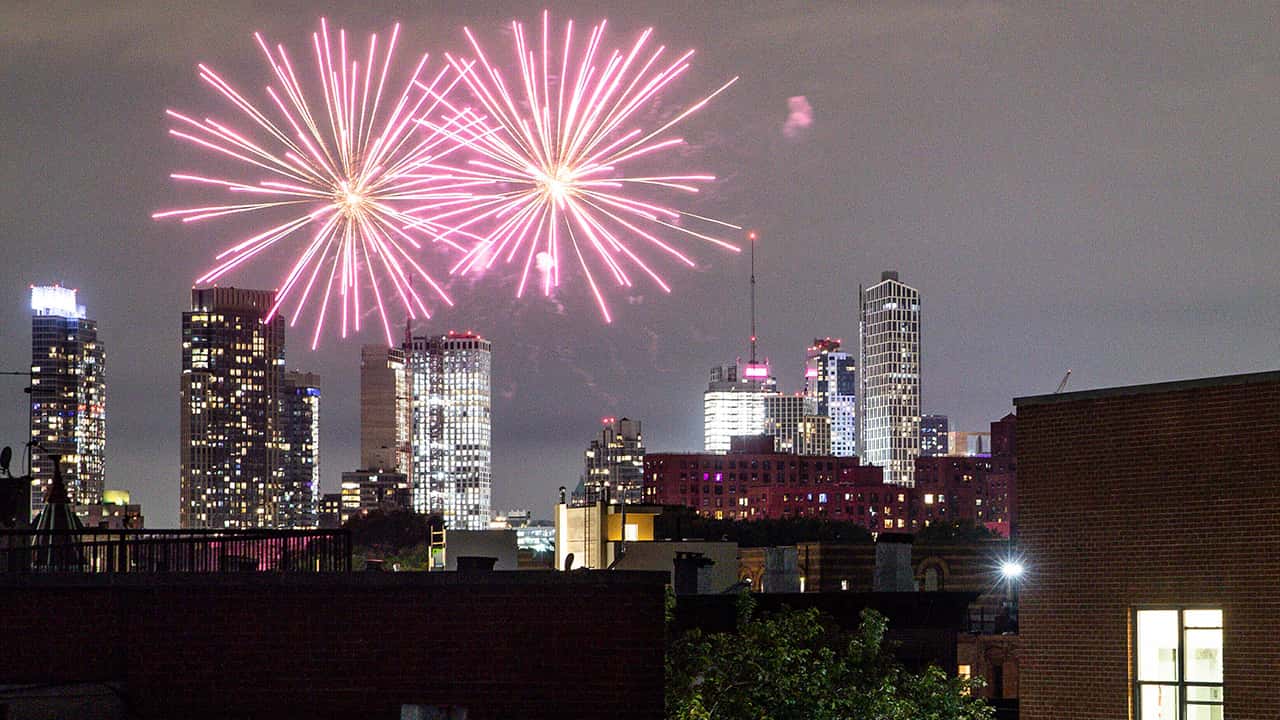 NEW YORK — They are a symbol of celebration, loudly lighting up the night sky and best known in the U.S. as the explosive exclamation point to Fourth of July festivities.

Those Fears Have Gone up in Smoke

Her industry had high hopes for 2020, with July 4 falling on a Saturday. Then came the pandemic and its closures and cancellations, leaving fireworks retailers worried they wouldn’t be able to scratch out much of a sales season.
Those fears have gone up in smoke.
“Sales are off the hook right now. We’re seeing this anomaly in use,” Heckman said. “What’s concerning to us is this usage in cities where consumer fireworks are not legal to use.”
Officials have the same concern.
New Jersey Gov. Phil Murphy said there are too many reports of fireworks being set off across the state, where they are mostly illegal.
“This is no way to blow off steam,” he told reporters Tuesday in Trenton, the capital.
New Jersey outlaws pyrotechnics except for sparklers and snakes, which produce smoke but don’t explode, though residents have easy access to fireworks at shops in Pennsylvania.
In Morrisville, Pennsylvania, Trenton’s neighbor, a big shop sits at the foot of the bridge leading to New Jersey. On Tuesday, the parking lot was nearly full, with cars primarily from New Jersey and Pennsylvania, but others from New York, North Carolina and even Texas.
Officials in Oakland, California, say they have received more complaints of illegal fireworks and reports of celebratory gunfire this year than is typical before the Fourth of July. At least five fires have been linked to fireworks since late May, officials said.
In Denver, authorities seized up to 3,000 pounds (1,360 kilograms) of illegal fireworks discovered during a traffic stop this week.

Theories Abound for Why Fireworks Have Gotten So Popular

Theories abound for why fireworks have gotten so popular.
Some speculate on social media that police are either setting them off themselves or giving them to local teens in hopes people blame those protesting racist policing. Another claim says police are just harassing communities of color.
“My neighbors and I believe that this is part of a coordinated attack on Black and Brown communities by government forces,” tweeted the writer Robert Jones Jr., whose recent posts on fireworks have been retweeted thousands of times.
A video captured in New York appears to show fire department staff setting off the explosives outside their station.
Pyrotechnics expert Mike Tockstein, who has directed hundreds of professional fireworks shows, thinks there’s an easier explanation: the upcoming holiday and a nation filled with young people fed up with quarantines.
“I’ve heard a lot of conspiracy theories, and none of them are based in logic or data or facts,” said Tockstein, owner of Pyrotechnic Innovations, a California-based company that trains fireworks professionals.
“Fireworks are used across the entire country for a full month leading up to the Fourth of July,” he said. “There is a slight uptick, but I don’t think it’s anything more than people are stuck at home and hey, look, fireworks are available.”
One theory that can probably be blown up: organizers of canceled Fourth of July events passing surplus products to recreational users.
“Nothing could be further from the truth in that regard,” Heckman said, “because that would be a felony.”
Those who sell professional fireworks, which are much more dangerous for amateurs to fire, need licenses from the federal Bureau of Alcohol, Tobacco, Firearms and Explosives, and goods are housed in secure facilities, often guarded.
“It’s like the Fort Knox of fireworks,” said Larry Farnsworth, a spokesman for the National Fireworks Association.
Retail use falls under the U.S. Consumer Product Safety Commission.

Many Pop-Up Seasonal Stores Only Opened This Week

The fireworks Heckman is seeing aren’t professional. Retail aerial fireworks are capped at under 2 inches (5 centimeters) in diameter and burst at just under 200 feet (60 meters). Professional fireworks are wider and can explode hundreds of feet higher.