Trump Lashes Out at NASCAR, Bubba Wallace Over Flag, Rope 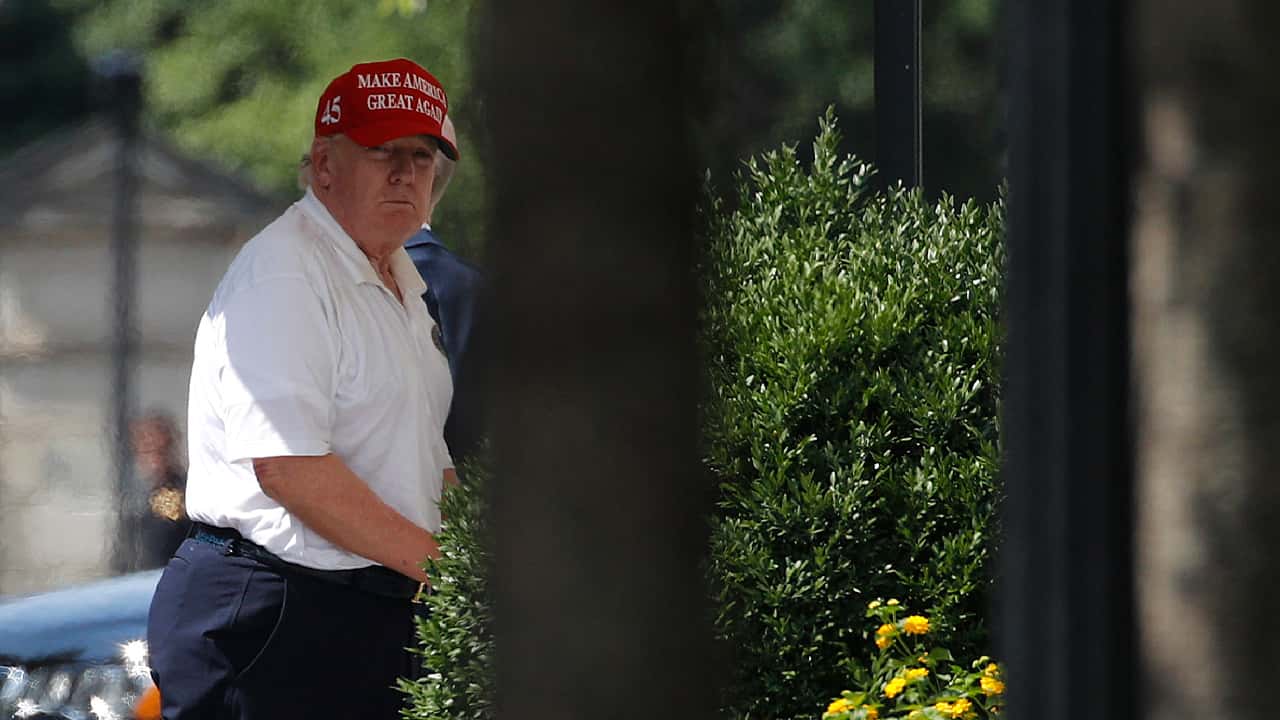 WASHINGTON — After a weekend spent stoking division, President Donald Trump on Monday went after NASCAR’s only Black driver and criticized its decision to ban the Confederate flag at its races and venues.
Exploiting racial tensions, Trump wrongly accused Bubba Wallace of perpetrating “a hoax” after one of his crew members discovered a rope shaped like a noose in a garage stall they had been assigned to. Federal authorities ruled last month that the rope had been hanging there since at least last October and was not a hate crime. Wallace has maintained the rope had been fashioned into a noose.
“Has @BubbaWallace apologized to all of those great NASCAR drivers & officials who came to his aid, stood by his side, & were willing to sacrifice everything for him, only to find out that the whole thing was just another HOAX?” Trump tweeted. “That & Flag decision has caused lowest ratings EVER!”
The tweet came after Trump used a pair of Independence Day speeches to dig deeper into America’s divisions by accusing protesters who have pushed for racial justice of engaging in a “merciless campaign to wipe out our history.” The remarks served as a direct appeal to the Republican president’s political base, including many disaffected white voters, with less than four months to go before Election Day.

For More Than 70 Years, the Flag Was a Common and Complicated Sight at NASCAR Races

White House press secretary Kayleigh McEnany defended the president’s decision to wade into the Wallace case, saying in an interview on Fox News Channel that, “The president’s merely pointing out that we’ve got to let facts come out before we jump to judgment.”
Wallace, an Alabama native, has taken an active role in the push for racial equality. He has worn a shirt saying “I Can’t Breathe,” raced with a Black Lives Matter paint scheme in Virginia and successfully lobbied for NASCAR’s Confederate flag ban.
For more than 70 years, the flag was a common and complicated sight at NASCAR races. The series first tried to ban the Confederate flag five years ago but did nothing to enforce the order.
While Trump claimed NASCAR’s ratings are down, they are actually up.

'Lift Every Voice and Sing' Hymn Ignites Hope Across Nation

Not So Random Acts: Science Finds That Being Kind Pays off