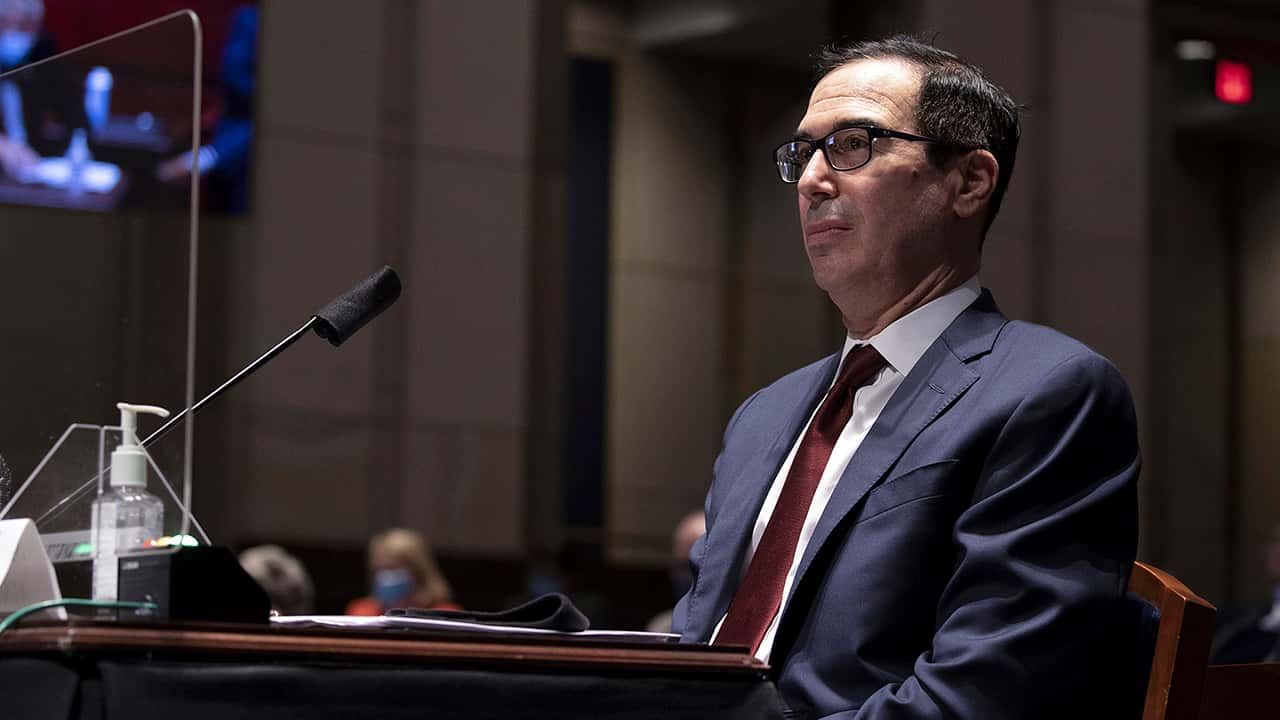 WASHINGTON — The Treasury Department on Monday released the names of more than 650,000 small businesses that received funds from a government program intended to support the economy as states shut down in April to contain the viral outbreak.
Treasury identified just a fraction of the total borrowers, naming only those companies that got more than $150,000. Those firms made up less than 15% of the nearly 5 million small companies that received loans.
The average loan amount for the entire program was $107,000, the Treasury Department said in a broad summary of the program. The government handed out $521 billion through the Paycheck Protection Program, a crucial piece of the government’s $2 trillion rescue package. The loans can be forgiven if the businesses mostly use the money to continue paying their workers. The program initially was set to expire June 30 but was extended last week to Aug. 8.
The recipients employed 51 million people before the pandemic began, Treasury Secretary Steven Mnuchin said, or about 85% of all workers at companies with fewer than 500 employees. Not all of those jobs were saved. The government won’t know how many were until companies apply to have the loans forgiven, a process that is just beginning.
The public may never know the identity of more than 80% of the nearly 5 million beneficiaries to date because the administration has refused to release details on loans under $150,000. That secrecy spurred a lawsuit by news organizations including The Associated Press.

The Data Gave Few Details About Loans to Minority-Owned Businesses

Treasury has released only dollar ranges for the loan amounts, rather than exact figures. Businesses owned by several politicians were listed among the recipients, including Ohio Gov. Mike DeWine, a Republican.
DeWine Seeds-Silver Dollar Baseball received a loan in a range of $150,000 to $350,000, the government said. The company owns the Asheville Tourists, a minor league baseball team in North Carolina, which was purchased by the governor’s family in 2010. DeWine’s son, Brian DeWine, currently serves as president of the baseball team.
Robin J. Vos Enterprises, a popcorn manufacturing company run by Wisconsin GOP Assembly Speaker Robin Vos, received between $150,000 and $350,000. Vos’ spokeswoman, Kit Beyer, didn’t immediately respond to a message inquiring about why the company was seeking the money and how it’s been used.
And Waterville Valley Holdings, an investment group led by the family of New Hampshire Gov. Chris Sununu, got a loan of between $350,000 and $1 million. The company is the principal investor in the Waterville Valley Resort, a ski area where Sununu, a Republican, served as CEO until just before he took office in 2017.
The data gave few details about loans to minority-owned businesses. Companies were not required to supply demographic data on their applications, and many entries about race and gender contained “unanswered.”
However, many minority-owned businesses don’t have employees, and so their loan amounts likely were under $150,000 and therefore not part of the data release. Senior administration officials who briefed reporters before the release said they hoped to get more information when owners submit applications for loan forgiveness over the next few months.

Treasury still was able to determine that 27% of the loan money went to low- and moderate-income areas, the officials said.
The PPP was up and running just days after being approved by Congress in late March. It provided loans of up to $10 million for small businesses to help them recover from the government-ordered shutdowns and revenue losses caused by the virus outbreak. The ability to convert the loans to grants made the program particularly appealing.
Once opened April 3, the PPP sparked a flood of applications from desperate small business owners. The SBA approved more than 1.6 million loans worth $349 million in less than two weeks, exhausting the initial funding. Millions of other businesses had to wait nearly two more weeks for Congress to approve an additional $310 million. Nearly 3.2 million loans worth $172 billion were approved in the second round as of June 30, leaving around $132 billion unclaimed. Congress approved an extension of the program this week until Aug. 8.
Economists generally credit the program with helping prevent the job market meltdown from being much worse. Employers added 7.5 million jobs in May and June, a solid increase though it left the economy with nearly 15 million fewer jobs than before the pandemic. Many economists credit the PPP with driving some of that gain.
Yet other analyses, such as one conducted by economists at Standard & Poors, found that businesses in states with fewer job losses received more loans than those in harder-hit states.