COLUMBUS, Ohio — Governors who ordered shutdowns as their states responded to the coronavirus pandemic were among millions of beneficiaries of the loan program created to help small businesses weather COVID-19’s effect on the economy, data released Monday show.

The governors of at least seven states have ties to companies that received loans through the Small Business Administration’s Paycheck Protection Program. Both Republicans and Democrats, their associated companies’ loans ranged from $150,000 to more than $11 million. It is legal for businesses owned by elected officials to apply for and receive the loans.

Governors have played a leading role in the U.S. response to the deadly coronavirus pandemic, issuing orders that shut down businesses and schools, established guidelines on masks and social distancing and shuttered residents in their homes. 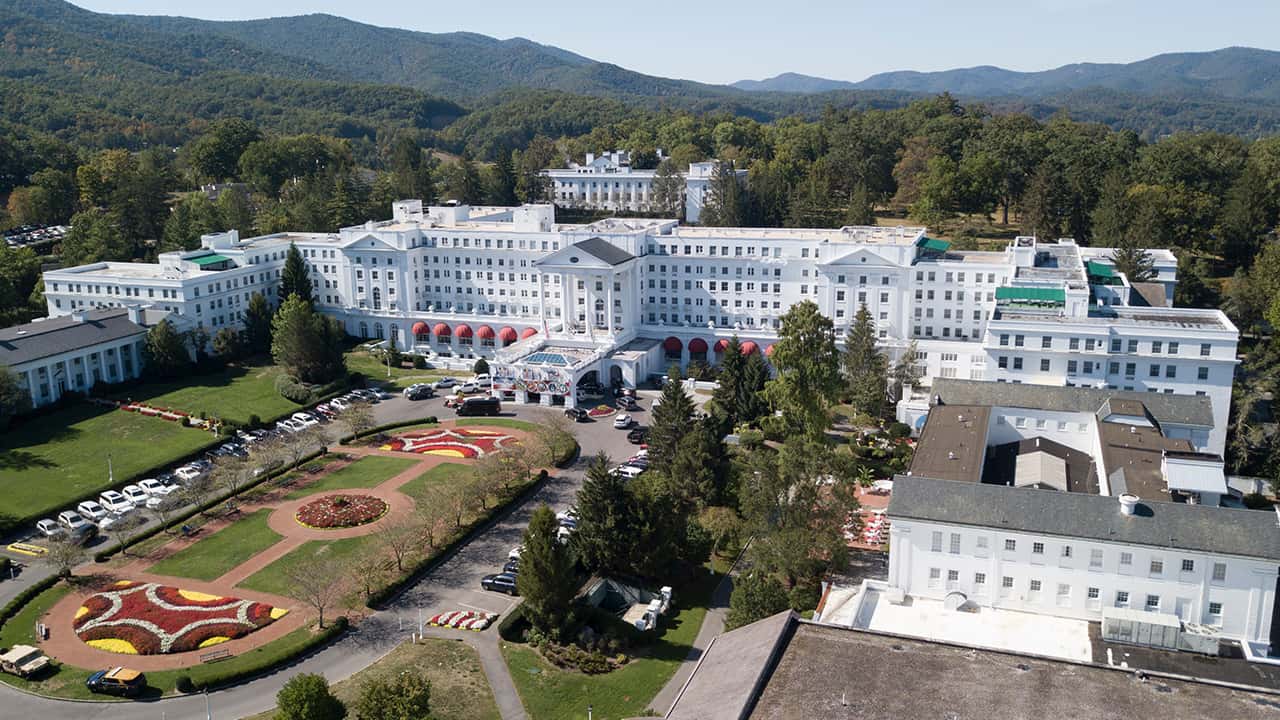 Their businesses were able to successfully navigate a system that many Main Street businesses had trouble getting through before funding for the program’s first round of loans dried up. The aid package is the centerpiece of the federal government’s plan to rescue an economy devastated by shutdowns and uncertainty. The data released by the Treasury Department presents the fullest accounting of the program thus far.

Governors’ successful efforts to tap the loan program came, in some cases, as they faced pushback against the economic effects of their virus policies. The Republican DeWine, for example, has been rebuked by some local party officials and targeted in Statehouse protests for going too far in his response.

He is a part-owner of DeWine Seeds-Silver Dollar Baseball, which received a loan listed between $150,000 and $350,000. The company owns the Asheville Tourists, a minor league baseball team in North Carolina, which was purchased by the governor’s family in 2010. DeWine’s son, Brian DeWine, serves as president of the team.

A spokesman said DeWine has a 32% stake in the baseball team and plays no management role. He said the loan, for $189,500, will cover payroll and payroll-related expenses.

Waterville Valley Holdings, an investment group led by the family of Sununu, a Republican, got a loan of between $350,000 and $1 million. The company is the principal investor in the Waterville Valley Resort, a ski area where Sununu served as CEO until just before he took office in 2017.

Sununu’s legal counsel, John Formella, noted that the resort is part of an industry that was shut down and severely impacted by the pandemic. At least five other New Hampshire ski areas or the resort properties associated with Sununu got loans of at least $150,000.

A New York-based communications company with a stake held by New Jersey Gov. Phil Murphy, a Democrat, got a loan of $350,000 to $1 million. Cohere Communications reported it would retain 21 jobs as part of the program. Murphy’s stake in the company is not clear, but he reported it in a 2019 financial disclosure form filed with the state Ethics Commission.

PlumpJack Management Group LLC, Newsom’s winery and hospitality company, received a loan worth $150,000 to $350,000. PlumpJack reported retaining 14 jobs thanks to the loan. The company is part of a portfolio of brands that include an idyllic resort hotel near Lake Tahoe, five restaurants and bars, four Napa Valley wineries, a sports retailer and more.

Before taking office in 2019, Newsom announced he would step away from his businesses and put his assets in a blind trust managed by a family friend and attorney.

Asked why PlumpJack applied for the loan, Newsom said during a press conference about the coronavirus that “you would have to ask the people that are running those businesses. It’s in a blind trust; period, full stop.” 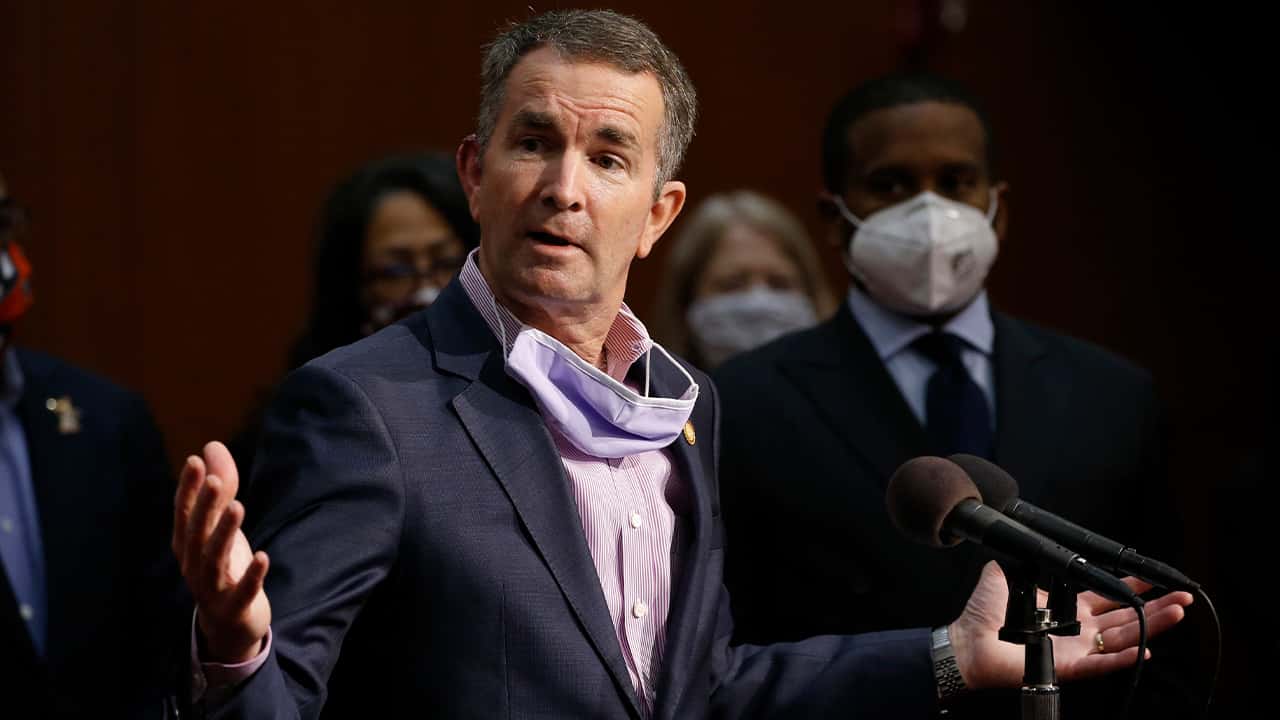 FILE – In this June 4, 2020, file photo Virginia Gov. Ralph Northam speaks during a news conference in Richmond, Va. Governors, like Northam, who implemented shutdowns as their states responded to the coronavirus pandemic were among millions of beneficiaries of the loan program created to help small businesses, data released Monday, July 6, show. Northam’s former medical practice, in which he’s still invested, was among beneficiaries. (AP Photo/Steve Helber, File)

Payments to Justice Companies Could Be as High as $24.3 Million

Justice, a Republican, is considered to be West Virginia’s richest man through ownership of dozens of coal and agricultural businesses, many of which have been sued for unpaid debts. At least six Justice family entities received the Paycheck Protection Program loans, including the governor’s lavish resort The Greenbrier, as well as The Greenbrier Sporting Club, an exclusive members-only club linked to the resort.

Payments to Justice companies could be as high as $24.3 million, because the federal government disclosed the dollar figures in ranges, not specific amounts.

“I encouraged all business in our state to try to seek anything and everything that they could possibly seek from the federal government in regards to loans,” Justice said Monday, adding that about $2 billion has come into the state from the federal package.

Justice said he wanted to place his assets in a blind trust shortly after he was elected but has not done so. He maintains that his children are in control of the family business empire.

Northam’s former medical practice, which he owns a stake in, received a loan of between $2 million to $5 million. Northam, a pediatric neurologist, isn’t involved in Children’s Specialty Group’s day-to-day operations and played no role in their loan application, his spokeswoman said.

A commercial real estate brokerage firm started by Maryland’s Hogan also received a loan of between $150,000 and $350,000. Hogan stepped aside from the company when he was elected governor. His assets are managed by a trust.