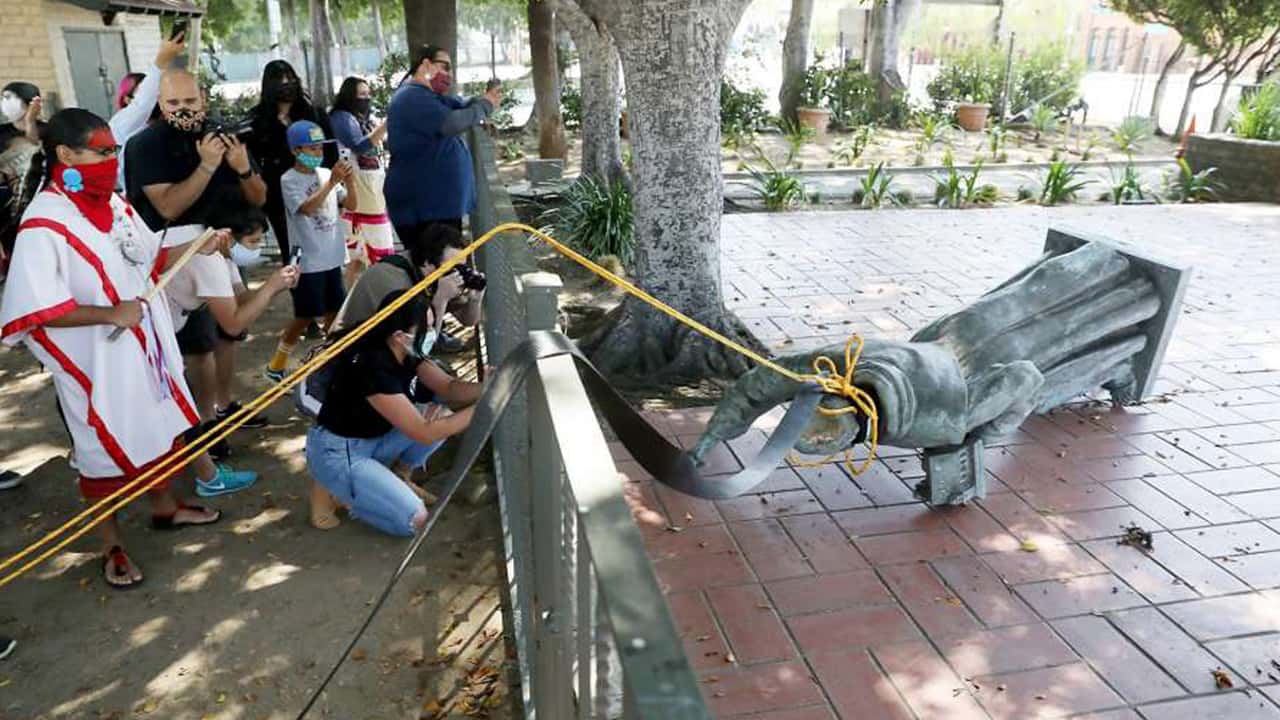 SACRAMENTO — A statue of a Spanish missionary in downtown Sacramento has been toppled by demonstrators.
The Sacramento Bee reports the statue of Father Junipero Serra in Capitol Park was brought down Saturday amid a protest focusing on the rights and historical struggle of indigenous people.
The 18th century Roman Catholic priest founded nine of California’s 21 Spanish missions and forced Native Americans to stay at those missions after they were converted or face brutal punishment.
The California Highway Patrol cleared the park after the statue came down. The CHP will be investigating the statue’s removal as an act of vandalism, the newspaper says.
Sacramento Bishop Jaime Soto denounced the toppling of the statue.
In a statement Sunday, Soto said “this act of vandalism does little to build the future.”

Statues of Serra Have Been Defaced in California for Several Years

“There is no question that California’s indigenous people endured great suffering during the colonial period and then later faced the horror of government-sanctioned genocide under the nascent State of California. This legacy is heartbreaking,” he said. “Yet, it is also true that while Fr. Serra worked under this colonial system, he denounced its evils and worked to protect the dignity of native peoples. His holiness as a missionary should not be measured by his own failures to stop the exploitation or even his own personal faults.”
Statues of Serra have been defaced in California for several years by people who said he destroyed tribes and their culture.
Last month, protesters pulled down Serra statues in Los Angeles and San Francisco.
Meanwhile statues on the East Coast honoring Confederates who tried to break away from the United States were also toppled. The incidents occurred amid ongoing demonstrations against racism following the Minneapolis police killing of George Floyd in May.

Seattle Protester Killed by Man Who Drove Into Crowd