Thinking of Running for School Board? Filing Period Opens July 13 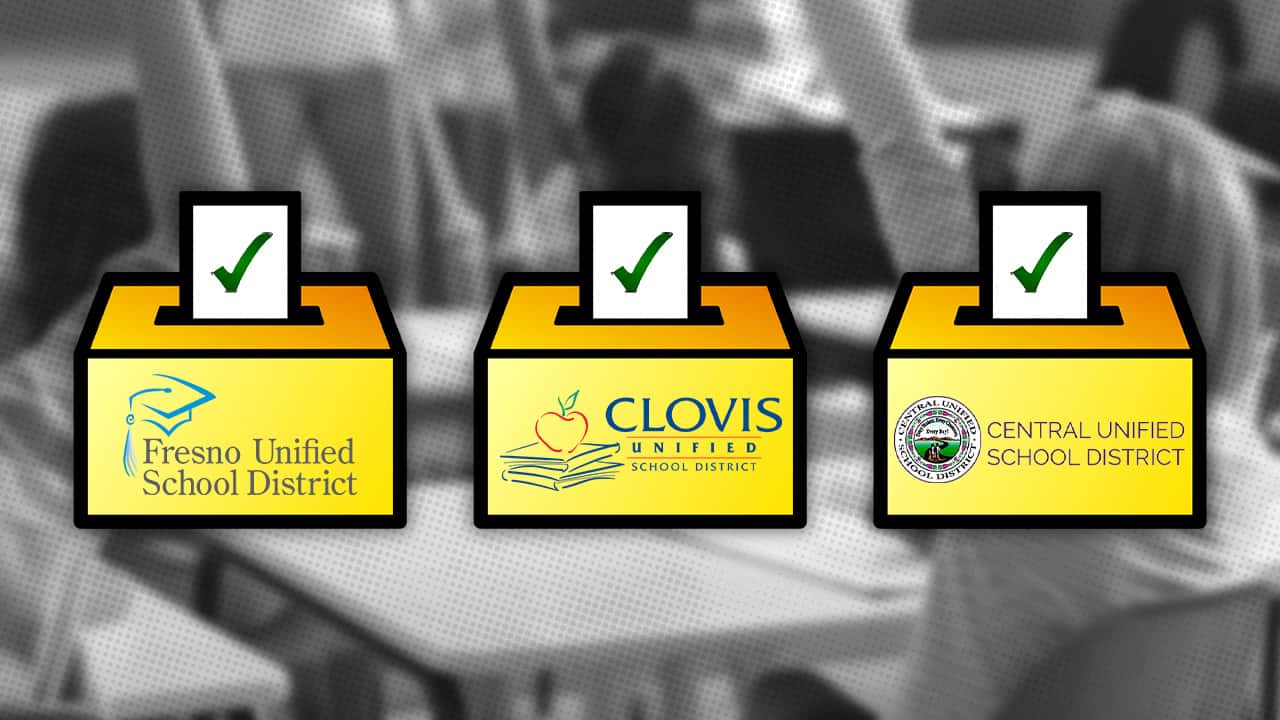 Election season is about to resume in Fresno County.

While the Fresno City Council and mayoral races were decided in the March primary, there will be key school district races to vote on.

To help potential candidates learn the ins and outs of running, the Fresno County clerk’s office is holding an online primer course at 5:30 p.m. on Wednesday, July 8.

“This free online informational class is designed to provide critical information for potential candidates, consultants, and others who will be involved in the election process,” a news release from clerk Brandi Orth’s office says.

At least three trustee positions will be contested each in the Central Unified, Clovis Unified, and Fresno Unified districts.

The nomination period officially opens July 13 for candidates to file. The deadline is Aug. 7. However, that date will be extended until Aug. 12 if the incumbent doesn’t file.

More information on the July 8 seminar can be found here.

According to documents from the county clerk’s office, here are candidates who have already filed an intention to run as of June 29:

The Clovis Unified seat of Hugh Awtrey will be for the remaining two years representing Area 4. Awtrey was appointed to the board last year to fill the seat of Brian Heryford, who resigned.

Update, 6/30/2020: Although filing an intention statement with the county, Devon Devine does not plan to run for Fresno Unified school board in a statement made to Politics 101.

“This is a scary and uncertain time for my family. However, like the many other affected families in our county, we remain positive and confident we will recover soon,” Arias said in a news release. “I will take this time to protect my family’s health while meeting my elected responsibilities to the best of my ability. Once again, I ask that everyone take all necessary precautions, including wearing a mask because the lives of our loved ones depend on it.”

Arias found out on Friday, one day after council chambers reopened for the first time since March 25. Arias says he and his family will quarantine until cleared.

Tuesday’s budget vote will still take place, starting at 9 a.m. via Zoom and phone-in only.

At last Thursday’s meeting, the chambers were retrofitted to accommodate social distancing. Seating on the dais was limited to the five council members present — Councilman Luis Chavez zoomed in and Paul Caprioglio, who normally phones in, was absent because of illness. The members were separated by clear plastic shields in front and toward the sides.

Others who normally sit on the dais, namely city manager Wilma Quan, city attorney Douglas Sloan, and city clerk Yvonne Spence, sat in the bullpen between the dais and gallery.

Mayor Lee Brand participated via Zoom from his home. Other department heads also Zoomed in from their City Hall offices.

Seats in the gallery were greatly reduced. Light blue coverings, about one every other row, marked available seats. For the most part, only city staff and media were the non-councilmembers attending.

The chamber underwent a full disinfection over the weekend. 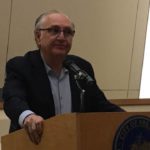 Normally, the State of the City draws nearly 1,000 people to downtown Fresno.

This year because of COVID-19, mayor Lee Brand’s final address on the affairs won’t have a live audience.

The Fresno Chamber of Commerce is still holding the annual event, but it will be on TV instead.

Brand opted not to run for reelection, and he will be succeeded by former police chief Jerry Dyer, who won the March primary outright.

The city is in a state of economic flux. Brand estimates that the budget will be more than $30 million in the hole because of lost tax revenue due to the coronavirus pandemic.

The Fresno Commission on Police Reform meets for the third time since its formation more than 10 days ago.

Members of the commission tell GV Wire the first two meetings were mainly introductions for the membership and how to organize. Tonight’s meeting will discuss crafting by-laws. Then, the group will break out into future subcommittee meetings.

The meeting will be conducted in person with an option for members to Zoom in.