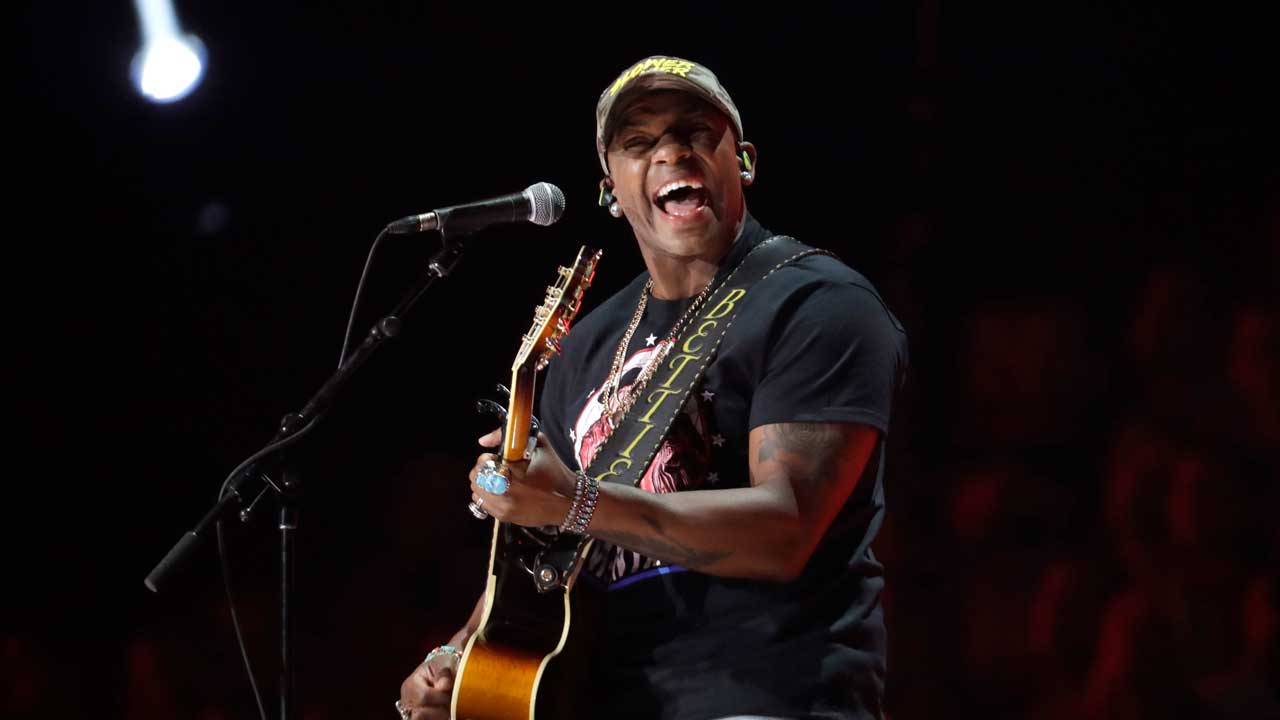 NASHVILLE, Tenn. — When country singer Rissi Palmer was working on her debut album, she wanted a song like Gretchen Wilson’s “Redneck Woman,” a song that would introduce her and tell her story to fans.
On her 2007 debut single, “Country Girl,” she celebrated her country roots while explaining that she didn’t have to look or talk a certain way to call herself a country girl.
“I said that I am not white in the first verse, and the label was like, ‘No, no, no,’” said Palmer, who then rewrote the lyrics to make it feel more universal. “It was very intentional when I wrote that song to talk about all the women, or all the people, that might not necessarily fit in the box, but are still of the same mindset.”

The country music industry has long been hesitant to address its long and complicated history with race, but the death of George Floyd in police custody and the protests it sparked in the U.S. and around the world became a sound too loud for the genre to ignore.
Over the past weeks, country artists, labels and country music organizations posted about Black Lives Matter on social media, participated in the industry wide Blackout Tuesday or denounced racism outright. On Thursday, Grammy-winning country group, The Dixie Chicks announced it would drop “dixie” from its name. The group said in a statement that it wanted to meet “this moment.”
But Black artists say the industry still needs to address the systematic racial barriers that have been entrenched in country music for decades. Stereotypes that country music is just for white audiences, written by white songwriters, and sung by mostly white males are reinforced daily on country radio, playlists, label rosters and tour lineups. In recent years, however, the conversations about country music have shifted to a broader acknowledgement that non-white artists have always been in the genre, even if they aren’t always recognized.\

This combination of photos shows country singer Rissi Palmer, from left, Chuck Harmony, left, and Claude Kelly of Louis York and country rapper Breland. Black artists say the country music industry still needs to do the hard work of addressing the systematic racial barriers that have been entrenched in country music for decades. The genre has historically been marketed to white audiences and reinforced white male artist stereotypes. (Chris Charles via AP, left, Jeremy Ryan via AP, center and Paul R. Giunta/Invision/AP)

Artist/scholar Rhiannon Giddens received a MacArthur Foundation grant for her work to reclaim Black contributions to country and folk music. And artists like Darius Rucker, Kane Brown and Jimmie Allen have all had No. 1 country hits in recent years, while Mickey Guyton just released an unflinching song called “Black Like Me.” But that ingrained culture of exclusivity remains a struggle to change.
“You can look at the reviews of my first album. I was called colored, like, ‘I didn’t know colored people like country music,’” said Palmer, who had three singles reach the Hot Country Songs Chart. “I used to get messages all the time on MySpace, saying, ‘I am so sick of you. Why are you trying to be white?’ or ‘Why are you trying to take over country music?’”
Change hasn’t been easy. After Grammy-winning country group Lady Antebellum announced they were changing their name to Lady A, they later had to apologize to a Black singer who had been using that stage name for years. 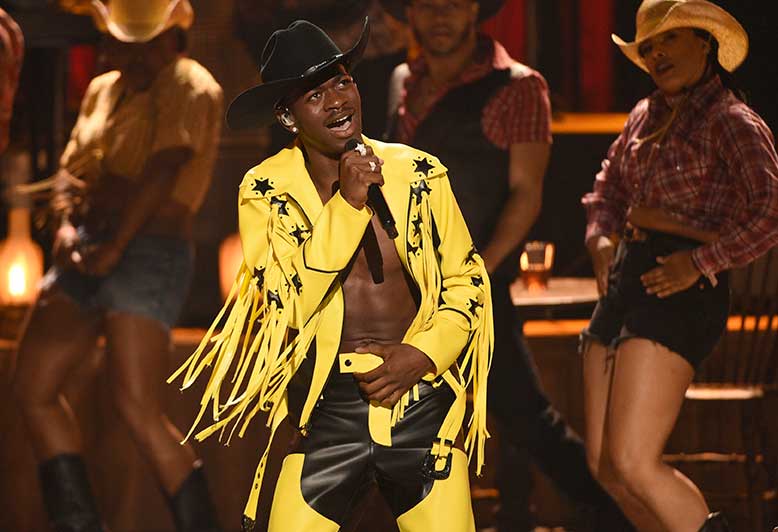 Atlanta-based country rapper Breland also wanted to address, with a wink and a smile, country music’s racial blinders with his TikTok-fueled song “My Truck.” The music video starts with a white guy in a black cowboy hat singing as smoke billows across a dusty landscape, then Breland abruptly shoves him out of the frame to announce, “Don’t touch my truck.”
“I just felt like it was time for people to change their perspective on what country music is and what country music can be, because there is an audience of country music listeners under 30 who believe Black Lives Matter,” said Breland, whose song reached No. 26 on Billboard’s Hot Country Songs chart and has been remixed with Sam Hunt.

Like Lil Nas X’s genre bending “Old Town Road,” Breland playfully fuses trap rhythms with country tropes about horses, do-si-dos and beer on his self-titled EP and sings with country artists Chase Rice and Lauren Alaina. Breland said country music labels can’t just continue to focus on one type of audience.
“There’s a group of country listeners who love country music because of the way it sounds, but don’t love some of the politics that they know are going on behind the scenes,” he said.
Historically country music was created by and played in both white and Black communities in the South, but the music became marketed along racial lines in the Jim Crow era, said Amanda Marie Martinez, a historian and writer who is studying country music and race. White country music was stigmatized early on as “hillbilly music” so the industry started pushing it toward the rising white middle class as a way to make the genre more respected and hugely profitable.
“In the process, they’ve also prioritized the white, middle income, relatively conservative listener as their demographic, kind of the opposite of youth culture,” Martinez said.

But there were periods of diversity, such as the post-Civil Rights era, when Black artists like Charley Pride, Linda Martell, O.B. McClinton and Stoney Edwards were having success, alongside Johnny Rodriguez and Freddy Fender, who were singing in English and Spanish. 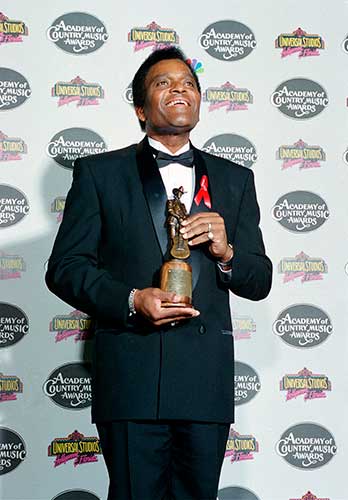 In this May 3, 1994 file photo, country singer Charley Pride poses with the Pioneer Award he received at the 29th Academy of Country Music Awards show in Universal City, Calif. In 2000, Pride was inducted into the Country Music Hall of Fame. (AP Photo/Lois Bernstein, File)

Black artists today are also reclaiming spaces that have been overwhelmingly white domains.
Claude Kelly and Chuck Harmony, who work as a duo called Louis York, were already hit-making songwriters and producers behind pop songs like “Party in the USA” by Miley Cyrus and “Grenade” by Bruno Mars when they moved to Franklin, Tennessee, a Nashville suburb that is home to historical sites of a major Civil War battle and plantations where slaves were once held. There they set up their Weirdo Workshop artist collective and have worked with Jimmie Allen and noted author/poet Caroline Randall Williams.
“We knew that if we were to make our mark in this town as musicians and as Black musicians that playing the Grand Ole Opry would be the pinnacle for that,” Harmony said.
They got a standing ovation at the Opry, but more importantly for Harmony, he wanted the audience to learn about country music’s roots.
“I just wanted their unbiased, undivided attention, so that they can make the correlation between the music that they came to see and the music that we make as Black people,” Harmony said.

Both the Academy of Country Music and the Country Music Association started diversity task forces more than a year ago when country music was being criticized for a lack of female voices and women were being left out of major categories like entertainer of the year.
Becky Gardenhire, a top executive at talent agency WME in Nashville who leads ACM’s diversity task force, said they are looking at ways to recruit and retain diverse voices, both in the boardroom and on the stage, with efforts like mentorships, networking and outreach to build up a pipeline of future leaders and artists.
“We’re hungry for diversity. We want the candidates to come and knock on the door, but we have to also show them that the door is open for them,” said Damon Whiteside, CEO of ACM.
But just as country artists outwardly reflect a predominantly white image, there are few Black country music executives working behind the scenes. Candice Watkins got one of her first big breaks in country music working as the day-to-day manager for Keith Urban between 2009 and 2011.
“That changed my life because obviously he’s a superstar,” said Watkins, who is now the vice president for marketing for Big Loud Records, whose roster includes Jake Owen and Morgan Wallen.

But in that manager’s role, she realized that she was often the only Black person at the boardroom table. Watkins said her label supports her and values her opinion, but she knows that might not be the same for other minorities and their companies.
“How is a young A&R person empowered to come back to the table and maybe pitch a Black artist or person of color? Culturally speaking, do they feel free to do that or do they automatically know this is dangerous ground for them to even bring up?” Watkins said. “There’s a dismantling of culture that needs to happen.”
Palmer, who is recording a podcast that focuses on the experiences of women of color in country music, said she feels optimistic that the current discussions about race and country music can lead to progress, if real changes are implemented.
“I love country music, always have, always will. It’s healing music. It’s beautiful music at its core. It’s heartfelt. It’s spiritual,” Palmer said. “And it would be a shame if not everybody got to enjoy it because of the outward package.”

Related Topics:diversitymusic industry
Up Next

US Police Registry Would Fail Without Changes in States