Advance Peace Is Approved, but Arias and Hall Remain at Odds 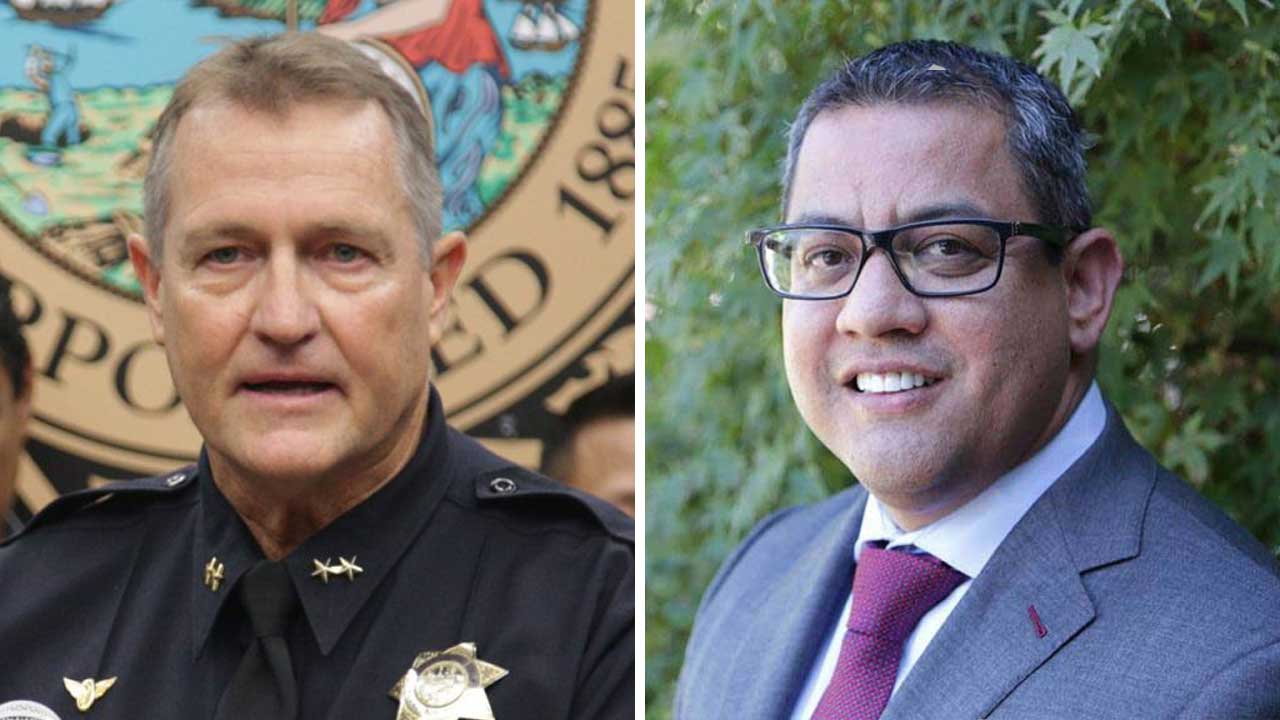 They continued their public sniping at each other during the debate.

Funding the gang violence reduction program was the most notable aspect of Thursday’s budget motion hearings.

Unlike last year, when the council approved money for Advance Peace — only to have mayor Lee Brand veto the spending — the initiative will receive up to $300,000 from city funds. Where those funds will come from is still to be determined.

The vote was 5-1, with Garry Bredefeld voting no and Paul Caprioglio absent.

The big difference this year was the support from Brand and Hall. A big sticking point from last year was cured — no public money for paying gang members who complete incentives by keeping the peace. That will be underwritten by private donations.

During debate, Arias wondered why Advance Peace was put through such scrutiny on performance metrics, but not police?

“I heard last year and this year for the calls for performance metrics, for accountability, for micromanaging, you know, $145,000. Those are all things that I have yet to hear when it comes to the $204 million police budget,” Arias said.

Some of those metrics include 911 response time, filling vacancies in the police department, and terminating bad officers.

Arias hopes the newly established Commission on Police Reform will handle those questions.

“We’ve never had performance metrics for public safety. And I’m glad that we’re putting those in this (Advance Peace) contract. But we should not abdicate our responsibility to do the same thing with the elephant in the room, which is the biggest part of our responsibility as a city,” Arias said.

Arias concluded his comments by saying he would get off his “soapbox.”

“I get upset when I when a councilmember gets on a soapbox without the facts.” — police chief Andrew Hall

Hall did not appreciate Arias’ comments. He said they share performance measures with the city manager and council. He compared his department to other cities in the country on the number of homicides investigated versus the number of officers on the force.

“I think we’re doing a very good job in Fresno. We’re spending your money very wisely. And I get upset when I when a councilmember gets on a soapbox without the facts,” Hall retorted.

As the presiding officer of the meeting, Arias got in the last word.

“I get upset when the chief of police decides to be selective of what data he shares and where he shares it,” he said. “So I’m looking forward to you presenting to the Commission on Police Reform and being fully transparent on all the information. I recognize that our officers do good work. I recognize that you guys have your own performance measures, but not one time in this budget hearing or last year’s budget hearing that you use performance measures or metrics to justify requests for millions of dollars in new money.”

Only one of the 53 budget motions failed. It would have stripped $1 million (later reduced to $550,000) from the mayor and city manager’s budget and funded more firefighters.

The motion was made after Brand’s staff revealed they never applied for a federal grant providing millions for fire, despite council direction to do so.

Bredefeld pushed for the motion to “rectify that.” But, other council members had cold feet.

Brand apologized over not applying for the grant. He was worried such a cut would damage the relationship between his office and the council.

“This is a punitive action that is this way out of proportion,” Brand said.

The motion failed 4-2, with Bredefeld and Nelson Esparza in support.

The council did task the city manager to find more savings to help fund the positions the grant would have funded.

Although not part of the budget debate, the council approved mandatory mask-wearing in the city — somewhat moot because of the state order last week.

However, the council blocked Esparza’s attempt to create a separate complaint hotline.

Bredefeld called it a “snitch hotline” in his objections.

The rest of the council decided that existing complaint lines to the city’s code enforcement department would suffice.

Businesses could face fines up to $1,000 for not enforcing mask rules.

Esparza said it was about protecting vulnerable workers.

“We can’t have our cake and eat it. You can’t have a reopening of the economy and folks going out and about and not have safety measures in place,” he said.

The final vote was 4-2 in favor. Because the motion needed five votes, it won’t go into effect immediately as an emergency order.

The council will have to wait to take an affirming vote at the next regularly scheduled meeting on July 16, and then it will go into effect 30 days later.

Thursday marked the return to council chambers for the first time since March 25.

Five of the seven members were present, with Luis Chavez opting to Zoom in and Caprioglio absent because of illness.

Of the five, two wore masks the entire time — Esparza and Esmeralda Soria. They had to repeat themselves multiple times because others complained it was hard to hear. Esparza finally relented toward the end, taking off his mask to be heard clearly.

For the most part, the only other participants in the chambers were city staff and the media. Instead of placing “X” flyers on seats not available because of social distancing, seats were covered in light blue to designate that it was OK to sit there.

Arrows marked the floors to dictated a traffic flow pattern. Markers also noted places to wait in line to speak, if there were speakers present. 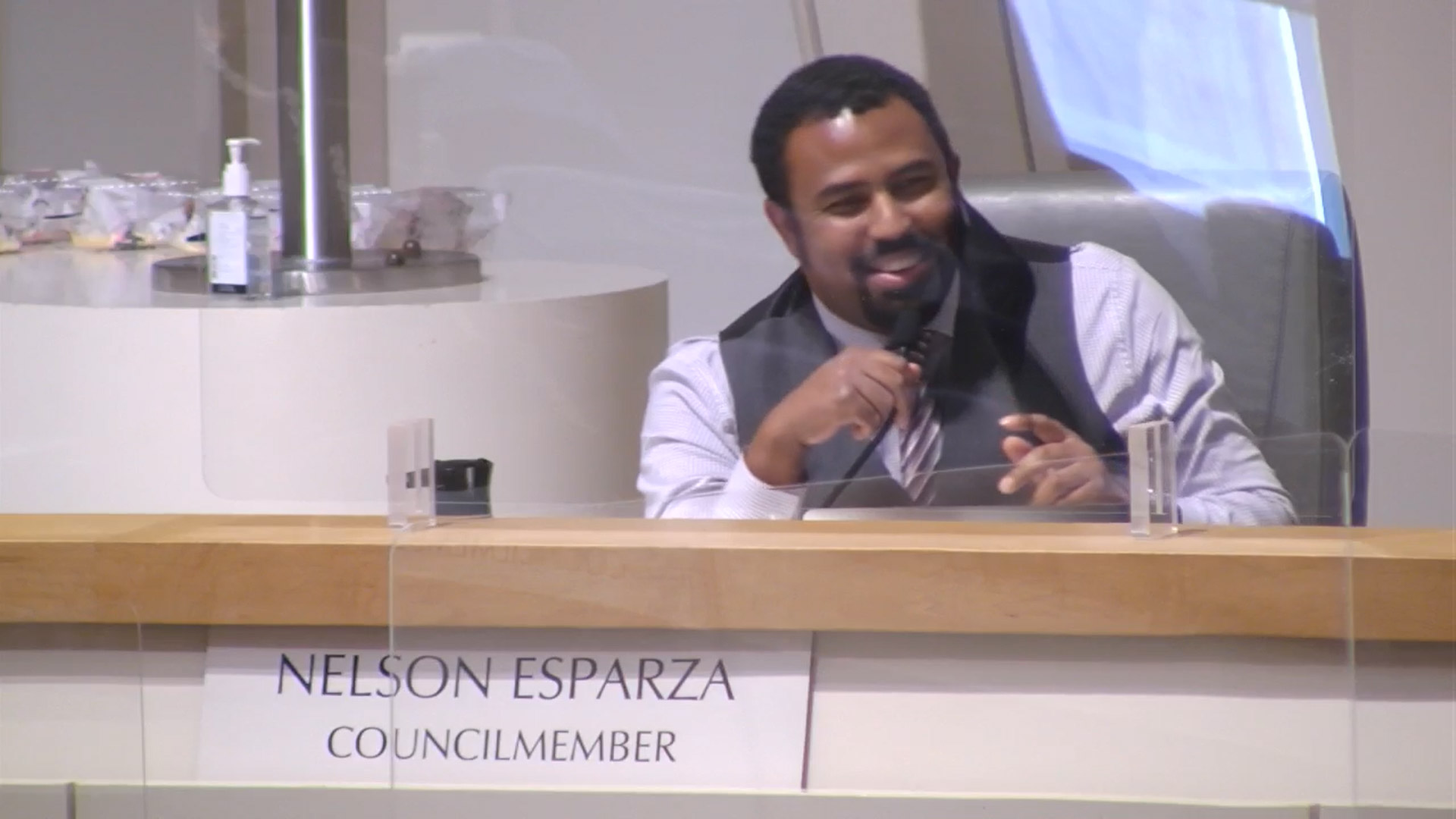 Fresno County Supervisor Buddy Mendes is known for his quips. He unleashed another gem this week at the supervisor’s meeting.

Mendes asked colleague Sal Quintero when he might return to chambers to debate county business. Quintero said not in the near future, expressing concern over social distancing.

Saying he was the second-oldest supervisor and had “two of the three major conditions that you’re supposed to be watching out for,” Mendes expressed his views on governing during COVID-19.

Mendes told Politics 101 that his comments were about showing up to work, not about wearing masks.