Can Valley Researchers Wipe Out COVID-19 on Mass Transit? 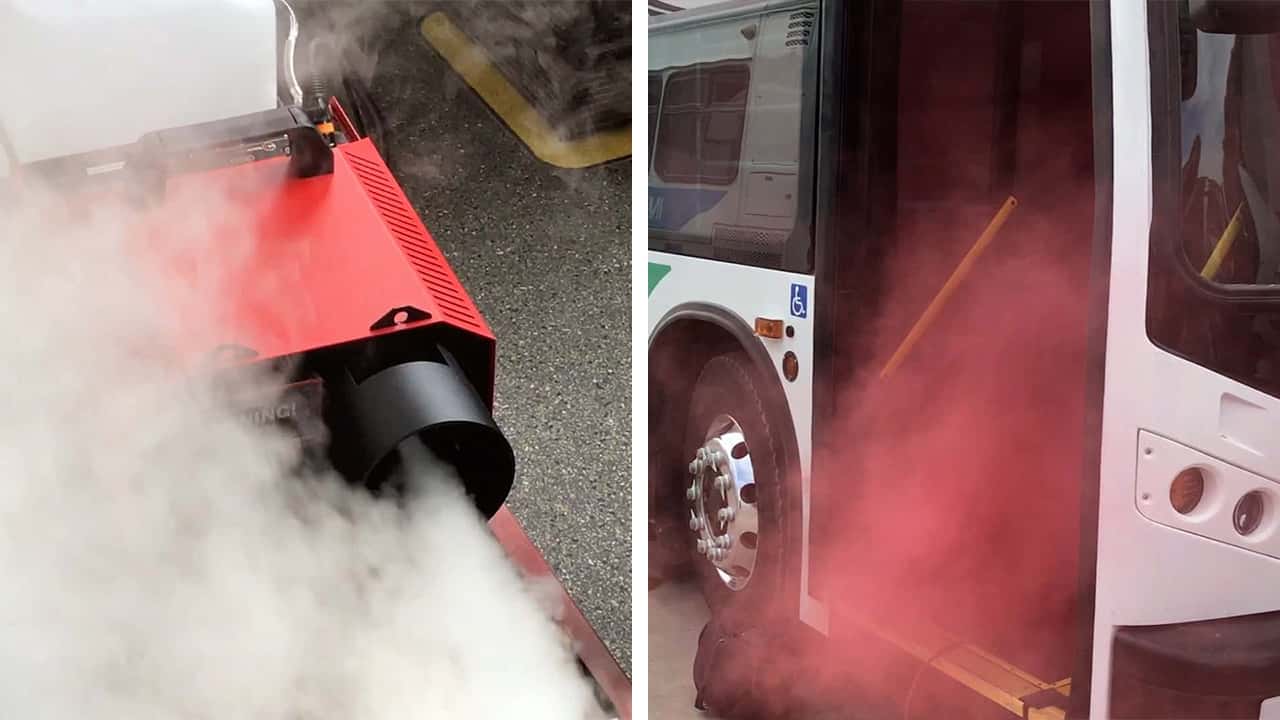 Using smoke candles and viruses that infect bacteria (not humans), an experiment to stop COVID-19 with worldwide implications was staged on buses in Selma this week.

A team of researchers is using different approaches to stop and eliminate coronavirus on mass transit — and eventually office buildings with large HVAC systems. 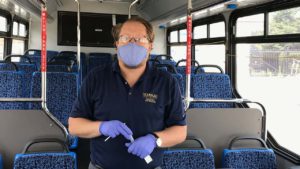 “HVAC systems are likely to just redistribute the air and airborne virus throughout the entire cabin, risking the health of both drivers and passengers.” — Dr. Juris Grasis, assistant professor in molecular and cell biology at University of California, Merced

The study is primarily funded by the California State University Transportation Consortium. Fresno County Rural Transit and Clovis City Transit are providing the buses for the experiments.

“HVAC systems are likely to just redistribute the air and airborne virus throughout the entire cabin, risking the health of both drivers and passengers,” said Dr. Juris Grasis, assistant professor in molecular and cell biology at University of California, Merced.

He’s one of the lead researchers trying to find a way to stop COVID-19 spread on mass transit.

Researchers flipped the switch on a water vapor generator to simulate the normal airflow from people breathing inside the bus Wednesday. In a few minutes, the bus was filled.

Moe Salem, chief technology officer for Air2O Cooling, tells GV Wire℠ the person most impacted is the bus driver. Just above the driver are several air vents that recirculate the cabin air next to the driver’s face the entire drive.

Researchers used colored smoke pushed out of non-toxic candles to simulate the movement of the airflow and airborne contamination. The colored smoke demonstrated what happens when a passenger sneezes or coughs. In about six minutes, smoke blanketed the interior of the bus. 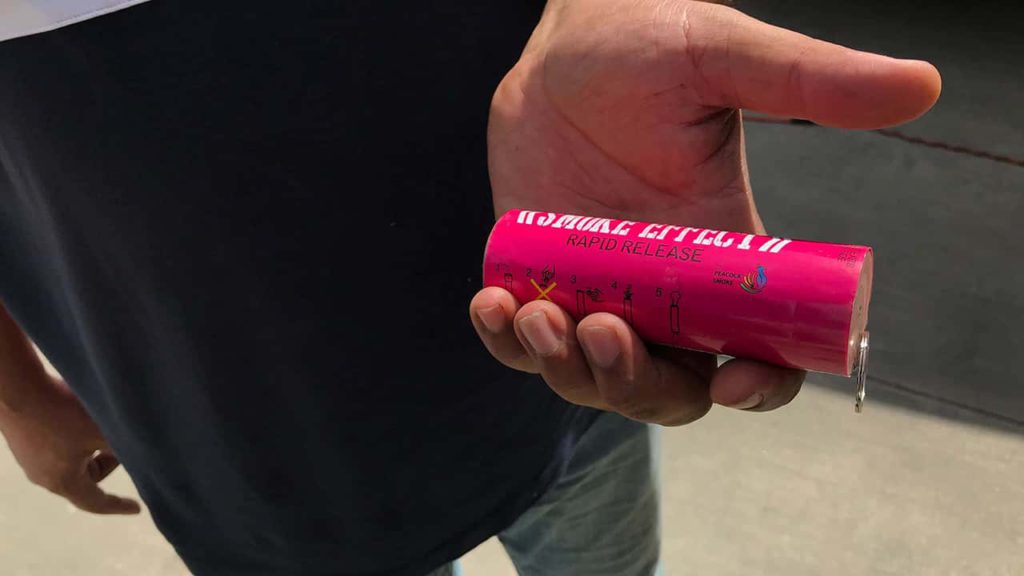 One of the non-toxic candles before it’s loaded into a machine to simulate sneezing and coughing. (GV Wire/Jim Jakobs)

The research team hopes to stop COVID-19 in several ways.  By creating positive air pressure inside the cabin, and using the following: 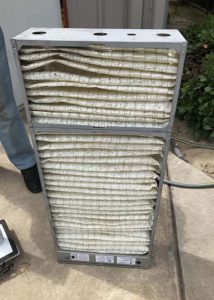 “As it gets into the HVAC system, we want to stop it from being spread throughout the bus,” Grasis said. “We’re going to use different types of charging devices to actually charge the water vapor that the virus could be on — and actually help bind and eliminate the virus in that HVAC system so it doesn’t go throughout the whole bus.

“We have done some experiments in the lab. We’ve tested copper solutions and that looks to work pretty well at killing viruses. We’re hoping to get these experiments done in the next month.”

The team will later perform experiments under a variety of vehicle conditions, such as having the bus stationary and in motion, with the door and windows open and shut, and with HVAC in cooling and heating operations.

Dr. Aly Tawfik, associate professor of civil engineering in the Lyles College of Engineering at Fresno State, believes this study could have implications beyond mass transit.

“Results of this study could be significantly valuable and directly lead to improved protection of passengers and drivers on public transportation modes against all forms of air-borne viruses — both locally as well as across the entire globe,” said Tawfik.

Moses Stites, general manager of the Fresno County Rural Transit Agency says, “We plan to make this (research) public so that other companies can also use it and industries such as the school bus system, van operators, and state and national transit organizations as well.”