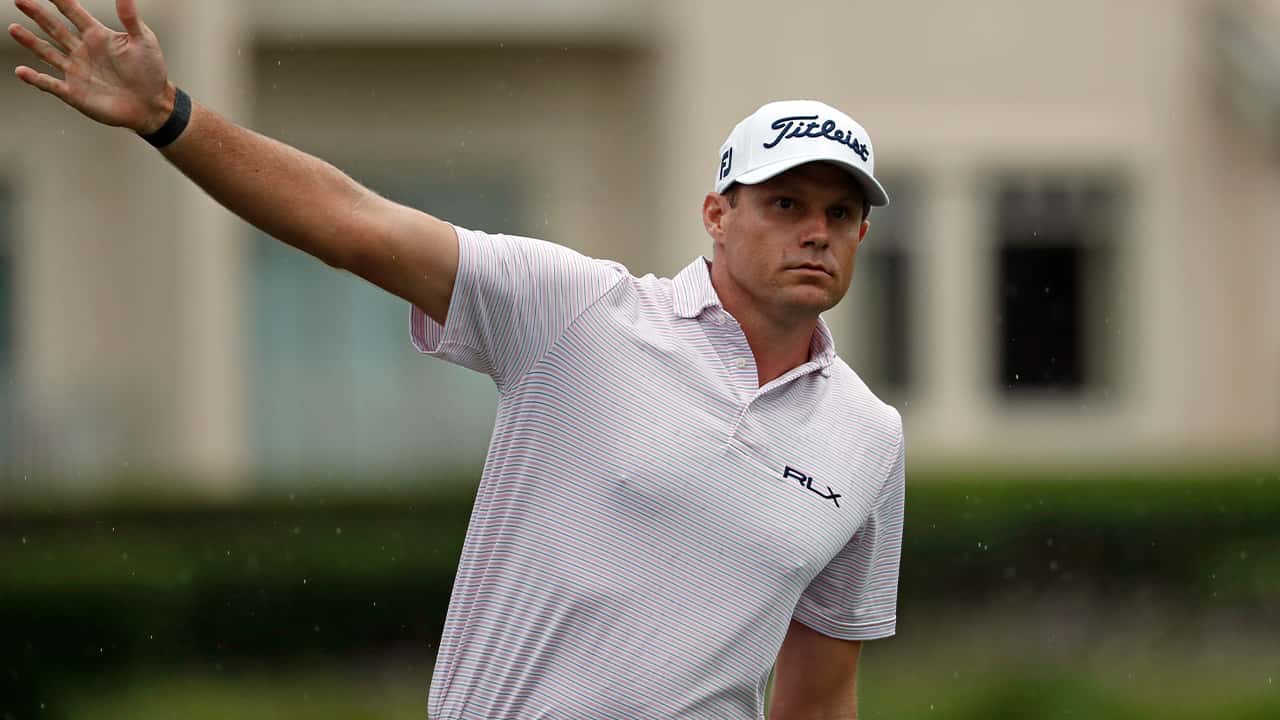 HILTON HEAD ISLAND, S.C. — Five-time PGA Tour winner Nick Watney tested positive Friday for the coronavirus, the first player with a confirmed infection since golf resumed a full schedule last week.
The former Fresno State standout immediately withdrew from the RBC Heritage and must self-isolate for at least 10 days under the PGA Tour’s protocols.
Watney played the opening round with Vaughn Taylor and Luke List, and a rules official notified them at the turn of the positive test.
“I was a little shocked, to be honest,” Taylor said. “Heart started racing, got a little nervous. Just hope Nick is doing well and we get through this.”

Watney missed the cut last week in the Charles Schwab Challenge at Colonial in Fort Worth, Texas. He traveled on his own to South Carolina, and his coronavirus test upon arrival at Harbour Town was negative.
Before arriving at the course for his second round, he reported symptoms consistent with COVID-19, the illness caused by the virus. Watney was tested again, and the result came back positive.
Si Woo Kim saw him in passing on the range, and Rory McIlroy said he chatted with Watney on the putting green. McIlroy said they were at a distance, and that Watney sent him a text about the positive result after McIlroy finished his round.
“He was just saying, ‘Look, I hope I didn’t get too close to you.’ He feels badly that he was here today at the golf course,” McIlroy said. “I said to him, ‘If I was in your position, I probably would have been here, too. At this point, you just have to concentrate on getting better and getting healthy.'”

Webb Simpson emerged from a crowd of contenders with five birdies in a six-hole stretch on the back nine Sunday for a 7-under 64 to win the RBC Heritage by one shot over Abraham Ancer and set the tournament scoring record.

No Positive Tests at Colonial

The tour had no positive tests of the 487 administered at Colonial, and none among the 98 players tested before taking the charter to Hilton Head or the 369 tests for those arriving on their own.
Players, caddies, and essential personnel have mandatory tests. The tour will provide a stipend to pay for the costs of his self-isolation.

Watney’s most recent victory was in 2012 at Bethpage Black in the FedEx Cup playoff opener. He has struggled to regain his top form since missing 10 months in 2016 because of back surgery.