All leaders are demagogues. You may not realize this, because we’ve come to associate the word “demagogue” with only dangerous populist leaders. But in Greek, the word just means “leader of the people” (dēmos “the people” + agōgos “leading”). 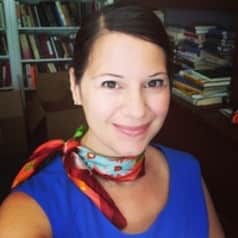 Obviously, an unaccountable leader is dangerous in any political community.

I’ve been analyzing Trump’s rhetoric since 2015 and, despite how it may appear to some critics, Trump is a rhetorical genius. I describe why in my new book, “Demagogue For President: The Rhetorical Genius of Donald Trump.”

He’s a genius at using rhetoric like a dangerous demagogue does, to prevent the country from holding him accountable.

Trump campaigned as an unaccountable leader. He promised that he would fight for his followers and wouldn’t be accountable to established leaders in his party, the media, fact-checkers, political correctness or common standards of decency.

Trump has used six rhetorical strategies repeatedly since 2015. Three ingratiate Trump with his followers, and three alienate Trump and his followers from everyone else. The effect is to unify his followers against everyone else and to make Trump the fulcrum for all political discussion and debate.

Ad populum: appealing to the wisdom of the crowd, using popularity as the measure of value.

Dangerous demagogues have no power if they have no followers, so they use ad populum to solidify their base and wield their supporters as a cudgel against opponents.

Trump routinely praises his people as the smartest, best, most patriotic, hardest-working Americans. They are great and good, and everyone else is not. For example, when he claimed that he could “stand in the middle of Fifth Avenue and shoot somebody and I wouldn’t lose any voters,” that was an ad populum appeal about the loyalty of Trump’s base.

Trump’s ad populum appeal was designed to silence his Never Trump critics while distracting attention away from their central criticism of him: that he was a populist, not a real conservative.

Popularity (crowds, opinion polls, ratings, votes) is the only sign of value to Trump. Conservativism itself has no value unless it is popular.

Dangerous demagogues use paralipsis because it gives them plausible deniability to assert that they didn’t actually say some controversial thing or that they were merely joking or being sarcastic.

Trump uses this strategy to spread rumor and innuendo and to give a “backstage” or “real” view of what he supposedly really thinks. It is rewarding for Trump because it allows him to say two things at once, without being held accountable.

For example, Trump repeatedly amplified racist white nationalist content on his Twitter feed while denying that he agreed with them.

“I don’t know about retweeting,” Trump told Jake Tapper. “You retweet somebody and they turn out to be white supremacists. I know nothing about these groups that are supporting me.”

He also claimed that there was a difference between tweeting something and retweeting something, refusing to take responsibility for his retweets. His retweets functioned as a paralipsis: It allowed him to say and not say and provided him with the out of plausible deniability.

American exceptionalism: This refers to America’s unique role in the world, simplified by Trump as “America winning.”

Dangerous demagogues use American exceptionalism to take advantage of their followers’ patriotism and feelings of national pride for the demagogue’s gain.

Trump presents himself as the apotheosis of American exceptionalism and claims that he is the heroic figure who can make America great again by defeating corruption and conspiracy. Trump will win for Trump’s people – he’s their hero.

For example, Trump claimed that he was uniquely qualified to “drain the swamp” of corruption. His campaign presented a hero narrative of sacrifice and struggle. He had been “the ultimate insider,” he claimed, but once he decided to run for president and make America great again, he had been purified. As “the ultimate outsider” Trump would “drain the swamp” and end corruption. He said that it would be easy for him to do. 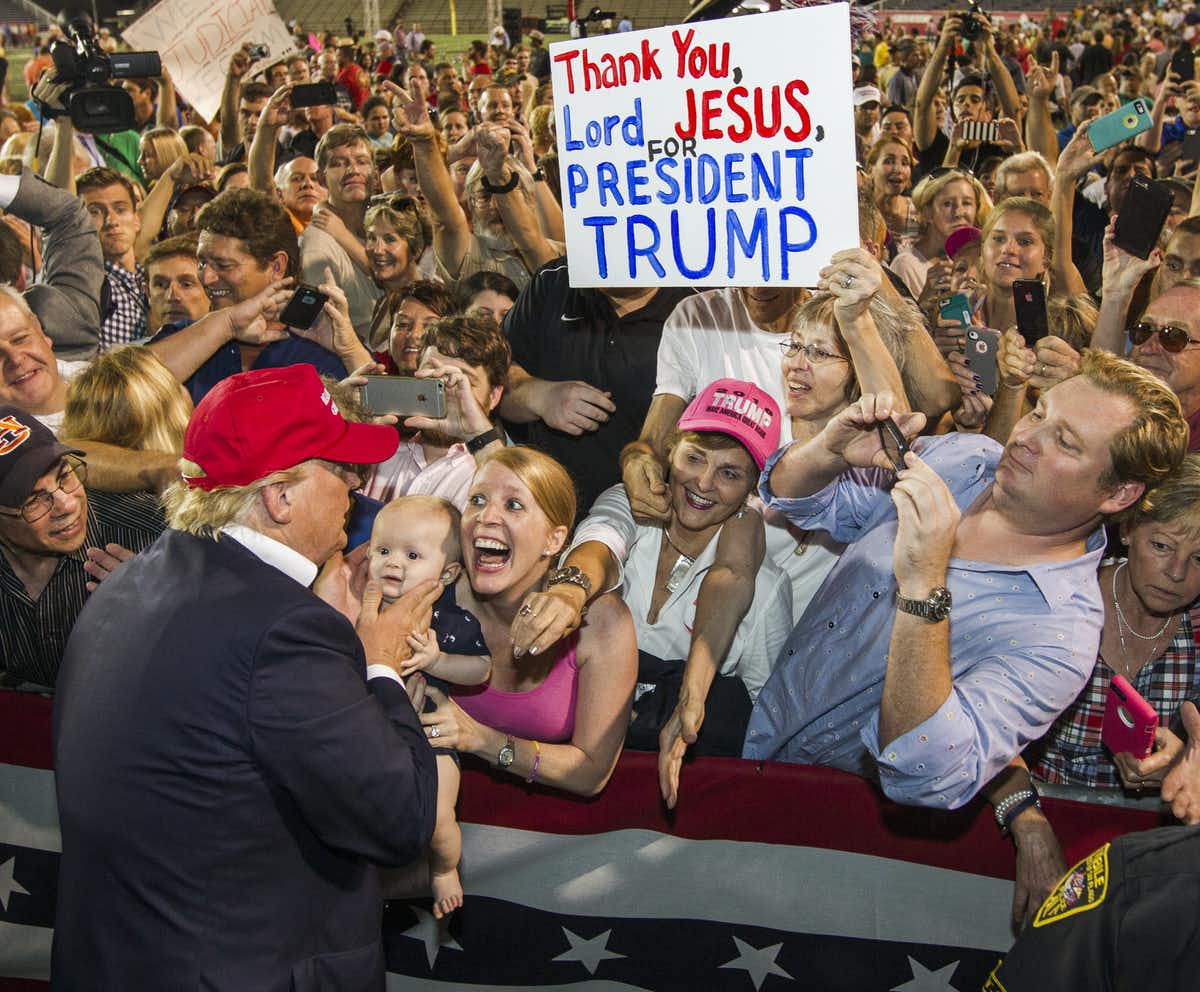 Ad hominem: attacking the person instead of their argument.

Trump routinely attacks people with name-calling, appeals to hypocrisy and insults to distract the nation away from criticisms made about him. He uses these strategies to avoid accountability by undermining the legitimacy of his opposition.

For example, he mocked a reporter with a physical disability. Trump did this to distract attention from his misrepresentation of events on 9/11 by arguing that the reporter’s memory was as impaired as his body. This allowed Trump to claim that his version of history was the only truth, without actually proving that his version of history was accurate.

Dangerous demagogues use ad baculum to change the subject of debate and use force to silence legitimate opposition.

Trump silences his opposition by threatening them with mean tweets, violent mobs and condoning, or refusing to condemn, violence conducted in his name.

For example, he used threats and appeals to fear when he repeatedly told his supporters that Hillary Clinton was determined to take away their guns, leaving them defenseless against rapists and murders. When he accepted the National Rifle Association’s endorsement, he threatened, “If she gets to appoint her judges she will, as part of it, abolish the Second Amendment.” If that happened, Trump threatened, then gun owners would lose “any chance they have of survival.”

Dangerous demagogues use reification to position opposition as less than human, thereby denying their standing to criticize or object. Reification is traditionally a part of war rhetoric or genocide.

Trump undermines his opposition by treating them as objects – things, animals – rather than as people. Objects shouldn’t have the same rights as people, so it makes Trump’s enemies easy to dismiss and attack.

For example, he treated Muslim refugees as dangerous enemy objects masquerading as people – as a “Trojan horse” that would unleash “a 200,000-man army, maybe. Or 50,000 or 80,000 or 100,000.” The refugees weren’t people in need of help; they were an army pretending to be people, dangerous because they were determined to attack America.

Denying the humanity of the refugees made it easier to deny them refuge, which is precisely what Trump proposed doing with his Muslim ban.

Did Trump “have the best words,” as he once claimed?

Hardly. His words are weapons, well calculated to attack our public sphere by increasing distrust, polarization and frustration – making it more difficult to solve political problems.

Trump was so successful in using dangerous demagogic rhetoric that no one could hold him accountable for his words and actions during the 2016 campaign or since. He uses rhetoric to gain compliance rather than for persuasion – he deploys language as force, or as a “counterpunch,” as he likes to explain.

Trump’s rhetorical strategies correspond to how authoritarians have historically eroded democracy, which is why his rhetoric is so dangerous.

Jennifer Mercieca, Associate Professor of Communication, Texas A&M University. This article is republished from The Conversation under a Creative Commons license. Read the original article.