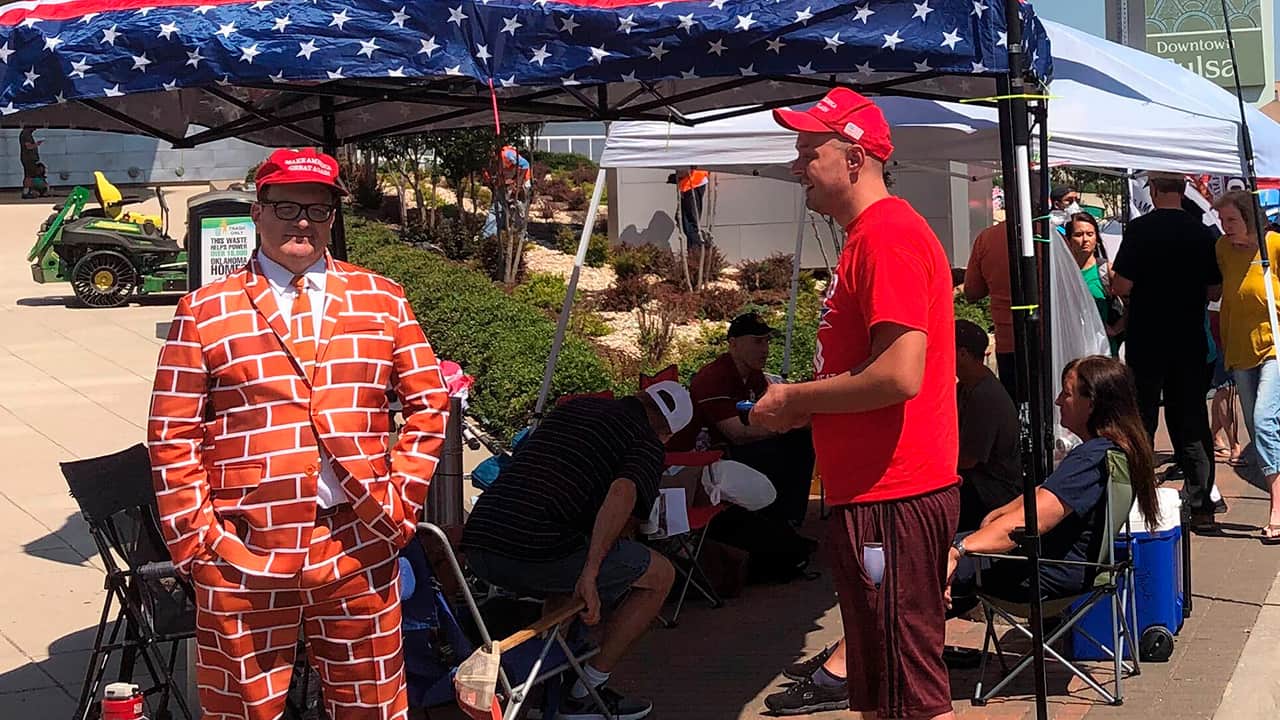 TULSA, Okla. — The mayor of Tulsa, Oklahoma, has declared a civil emergency and set a curfew for the area around the site where President Donald Trump plans to hold a campaign rally this weekend.
In his executive order establishing a curfew around the BOK Center from 10 p.m. to 6 a.m. Thursday through Sunday, Mayor G.T. Bynum cited the unrest that followed some of the recent protests around the country over the death of George Floyd in Minneapolis last month.
“I have received information from the Tulsa Police Department and other law enforcement agencies that shows that individuals from organized groups who have been involved in destructive and violent behavior in other States are planning to travel to the City of Tulsa for purposes of causing unrest in and around the rally,” Bynum said in his order, which was posted on the police department’s Facebook and Twitter pages.
Bynum didn’t elaborate as to which groups he meant, and police and city officials didn’t immediately respond to phone messages Friday seeking further information. Although President Donald Trump has characterized those who have clashed with law enforcement after Floyd’s death as organized, radical-left thugs engaging in domestic terrorism, an Associated Press analysis found that the vast majority of people arrested during recent protests in Minneapolis and Washington, D.C., were locals.
Police said the curfew means the scores of Trump supporters who have camped in parking lots and on sidewalks outside ahead of Saturday night’s rally at the 19,000-seat arena must leave the area during the curfew or face possible arrest.
Bynum’s order said crowds of 100,000 or more are expected in the area around the rally.