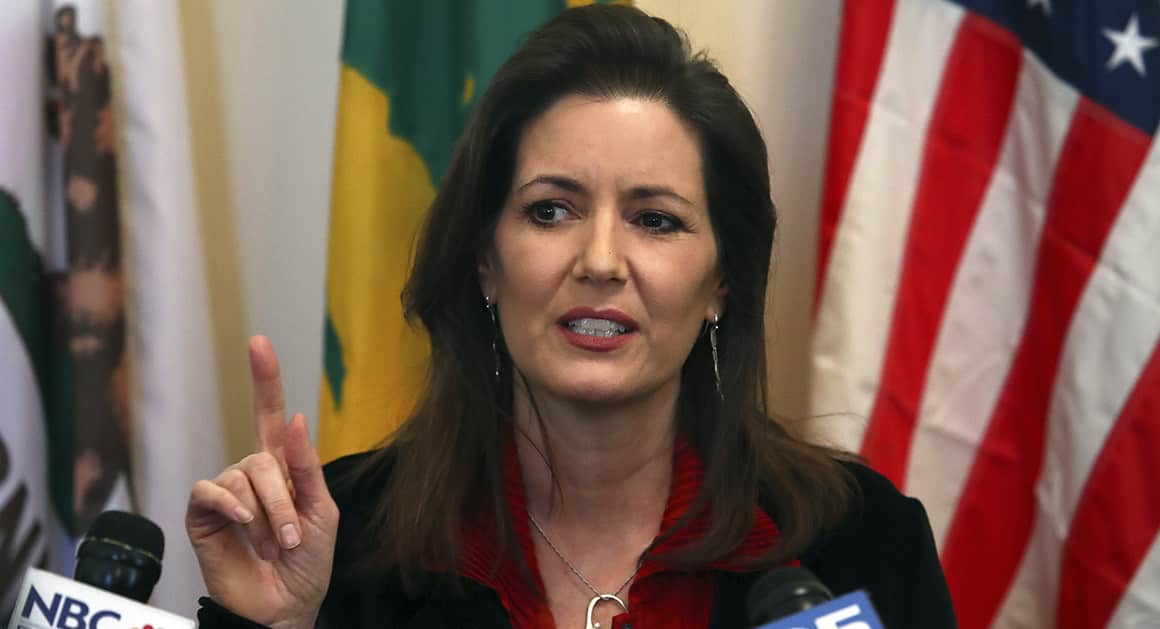 OAKLAND — Oakland’s mayor said five ropes found hanging from trees in a city park are nooses and racially-charged symbols of terror but a resident said they are exercise equipment that he put up there months ago.
Mayor Libby Schaaf said Wednesday that a hate crime investigation was underway after a social media post identified a noose at the city’s popular Lake Merritt. Police said they searched the area on Tuesday and found five ropes attached to trees.
The Police Department provided five photographs of trees, some of which showed knotted ropes and one that appeared to have a piece of plastic pipe attached to a rope, hanging from tree limbs.
They have been removed by city officials.
Victor Sengbe, who is black, told KGO-TV that the ropes were part of a rigging that he and his friends used as part of a larger swing system. He also shared video of the swing in use.
“Out of the dozen and hundreds and thousands of people that walked by, no one has thought that it looked anywhere close to a noose. Folks have used it for exercise. It was really a fun addition to the park that we tried to create,” Sengbe said.
“It’s unfortunate that a genuine gesture of just wanting to have a good time got misinterpreted into something so heinous,” he told the station.

A Full Investigation and FBI Notified

Nooses have been associated with the lynching of black people and used as symbols to taunt or terrorize African Americans.
Schaaf said officials must “start with the assumption that these are hate crimes.” However, the mayor and Nicholas Williams, the city’s director of parks recreation, also said it didn’t matter whether the ropes were meant to send a racist message.
“Intentions don’t matter when it comes to terrorizing the public,” Schaaf said. “It is incumbent on all of us to know the actual history of racial violence, of terrorism, that a noose represents and that we as a city must remove these terrorizing symbols from the public view.”
“The symbolism of the rope hanging in the tree is malicious regardless of intent. It’s evil, and it symbolizes hatred,” Williams said.
Police said several community members came forward during their initial investigation to say the ropes were used for exercise and a man came forward to say he put them up several months ago.
The department said it is conducting a full investigation and had notified the FBI.
“We remind and ask our community to be mindful when using this equipment in a recreational manner. These acts may send an unintended message,” the police statement said. “We recognize especially at this time, that any ropes on or attached to trees, limbs or other objects can be associated with hate crimes and racial violence.”