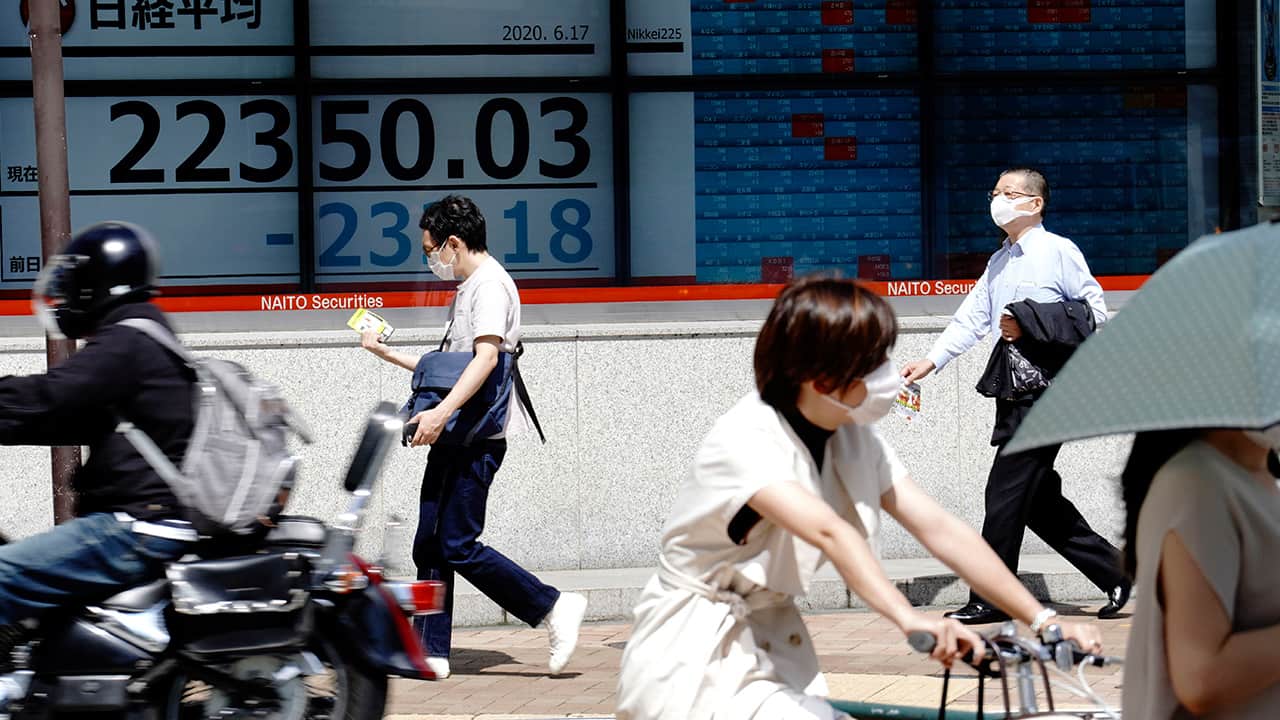 NEW YORK — Wall Street is flipping between small gains and losses Wednesday, as markets around the world take a pause following their big rally a day before.
The S&P 500 was up 0.1%, as of 11 a.m. Eastern time, after earlier pinging between a gain of 0.4% and a loss of 0.5%. Stocks elsewhere in the world made mostly modest gains, and Treasury yields were inching lower.


The S&P 500 was up 0.1%, as of 11 a.m. Eastern time, after earlier pinging between a gain of 0.4% and a loss of 0.5%. Stocks elsewhere in the world made mostly modest gains, and Treasury yields were inching lower.
The Dow Jones Industrial Average was up 19 points, or 0.1%, at 26,307, and the Nasdaq composite was up 0.5%.
Three straight days of gains for the S&P 500 have brought it back within 8% of its record set in February, after earlier being down nearly 34%, as reports give hope that the economy can pull out of its recession relatively quickly. With businesses reopening across the country, reports on retail sales Tuesday and on the job market earlier this month were much healthier than economists expected.
Continuing, unprecedented amounts of aid from the Federal Reserve are also helping to support markets, and the central bank’s chair will offer a second day of testimony on Capitol Hill later in the day.
Still, many professional investors urge caution and say the market’s big rally may have been overdone. The road back to full recovery will be long and is full of potential setbacks, in sharp contrast to the quick surge of roughly 40% for the S&P 500 since late March.
Consider Norwegian Cruise Line Holdings, whose stock has often led the market — both up and down — as expectations swing about the reopening economy. It had six straight days this month where it rose or fell more than 10%.
It said late Tuesday that it’s cancelling most of its voyages through September. Its shares fell 7.4%.

The chief risk for the market lies in rising infection levels in several hotspots around the world, including Florida, Texas and China. Even if authorities don’t reinstate widespread lockdowns, the worry is that businesses and consumers could get frightened by new waves of infections and pull back on their spending.
Most stocks in the S&P 500 were down. Besides cruise lines, which had the sharpest losses in the index, other travel-related companies that also need a reopening economy were also weak. American Airlines Group lost 3.3%, United Airlines Holdings gave up 3.9% and Delta Air Lines fell 3%.
Stocks of smaller companies were also particularly weak, which is typical when investors are getting more pessimistic about the economy. The Russell 2000 index of small-cap stocks fell 1.1%.
On the winning side were home builders after a report showed that construction activity rebounded following months of sharp declines due to shutdowns caused by the pandemic. Builders began construction on 4.3% more homes in May than April, though the growth wasn’t as strong as economists expected. D.R. Horton rose 2%.
The yield on the 10-year Treasury slipped to 0.73% from 0.75% late Tuesday. It tends to move with investors’ expectations for the economy and inflation.
In Europe, Germany’s DAX returned 0.2%, and France’s CAC 40 rose 0.6%. The FTSE 100 in London added 0.1%.
In Asia, South Korea’s Kospi ticked up 0.1%, and the Hang Seng in Hong Kong rose 0.6%. Japan’s Nikkei 225 fell 0.6% after the government reported the sharpest decline in exports since the 2008 global crisis.
A barrel of U.S. crude oil fell 0.5% to $38.18. Brent crude, the international standard, slipped 0.6% to $40.73 per barrel.

Who They Were: Victims of the Deadliest California Wildfire