A Bakersfield gang member, arrested in a 2017 gang sweep, will spend more than 20 years in prison for dealing drugs.

The U.S. Attorney’s office said Tommie Thomas, 37, was sentenced in a Fresno federal courtroom to 20 years, six months for distribution of methamphetamine. 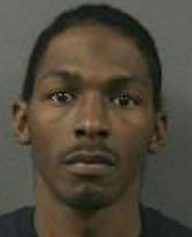 Thomas was one of at least 35 West Side Crips members arrested in a multi-agency raid in December 2017. The defendants faced state and federal charges, from drugs and illegal gun possession to murder.

At the time of the arrests, then-Bakersfield Police Chief Lyle Martin said the investigation required a year’s worth of work, telling Bakersfield Now it was a “surgical approach to addressing gang violence.”

Bakersfield Now reported at the time that law enforcement used “wiretaps and undercover drug buys during the investigation.”

All of the defendants in federal custody have either been convicted of or have pleaded guilty to charged offenses, according to a news report from KGET.