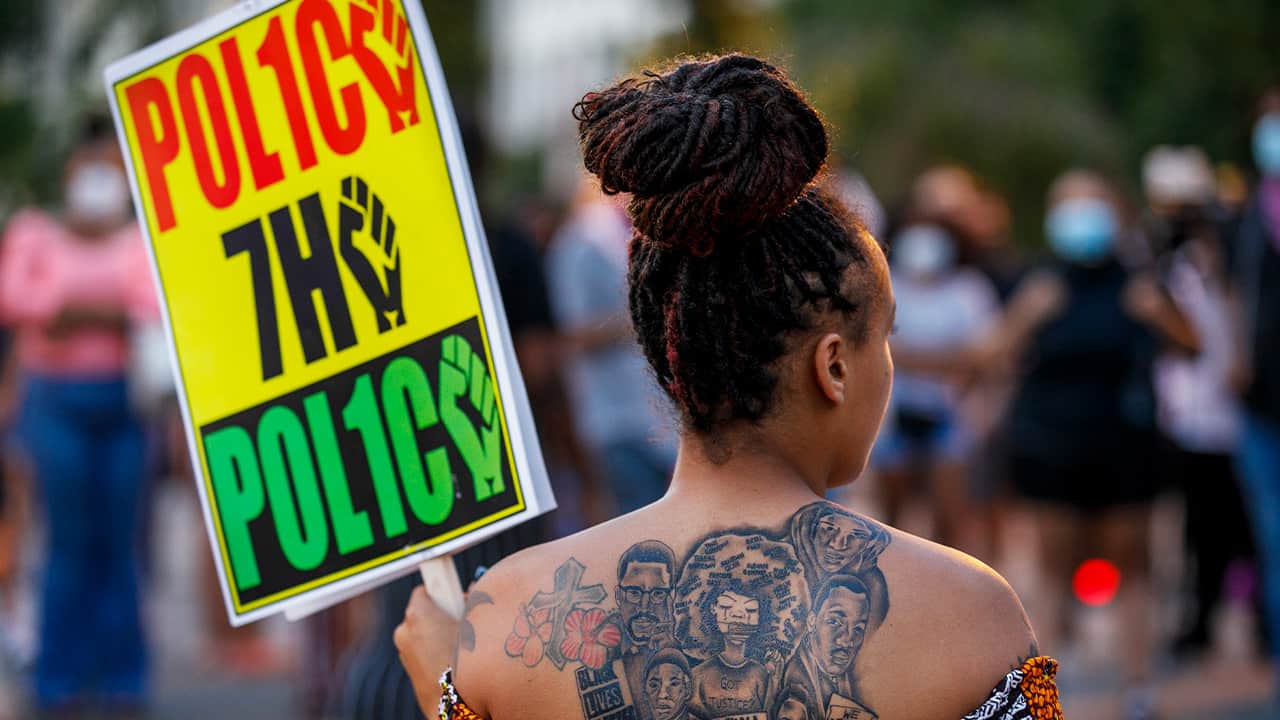 DETROIT — A dramatic shift has taken place in the nation’s opinions on policing and race, as a new poll finds that more Americans today than five years ago believe police brutality is a very serious problem that too often goes undisciplined and unequally targets black Americans. 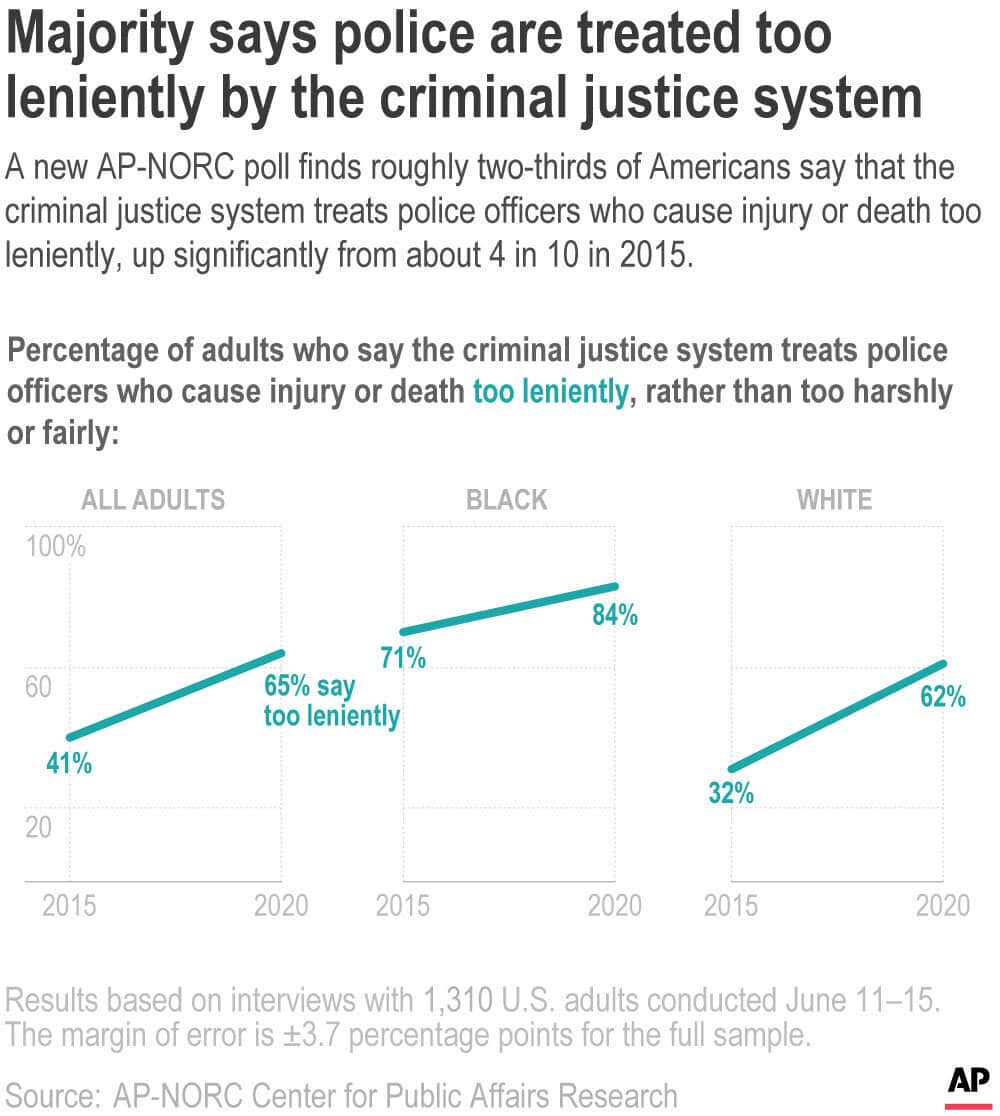 The new findings from The Associated Press-NORC Center for Public Affairs Research suggest the death of George Floyd and the weeks of nationwide and global protests that followed have changed perceptions in ways that previous incidents of police brutality did not.
About half of American adults now say police violence against the public is a “very” or “extremely” serious problem, up from about a third as recently as September last year. Only about 3 in 10 said the same in July 2015, just a few months after Freddie Gray, a black man, died in police custody in Baltimore.
In the latest poll, roughly 3 in 10 said police violence is a moderately serious problem. Those who say it is not a serious problem has declined from a third in 2015 to about 2 in 10 today.
Floyd, a black man, died in late May after a police officer in Minneapolis pressed his knee into Floyd’s neck for several minutes. Experts say the dramatic change in opinion about police violence that has followed is an indication the country is grappling with how to confront centuries of structural racism and inequity.
“I have long argued that we cannot have a racial reconciliation in the United States because there’s not been an admission of what has gone on,” said Wornie Reed, director of the Race and Social Policy Research Center at Virginia Tech. “The nation is constructed on (racism). … It’s not an accident or something that America decided to do on the way to its greatness. It’s the means by which it became great.”

The new AP-NORC poll finds that more Americans now think police in most communities are more likely to use deadly force against a black person than a white person, 61%, up from 49% in July 2015. Only about a third say the race of a person does not make a difference in the use of deadly force against them, compared with roughly half in 2015. 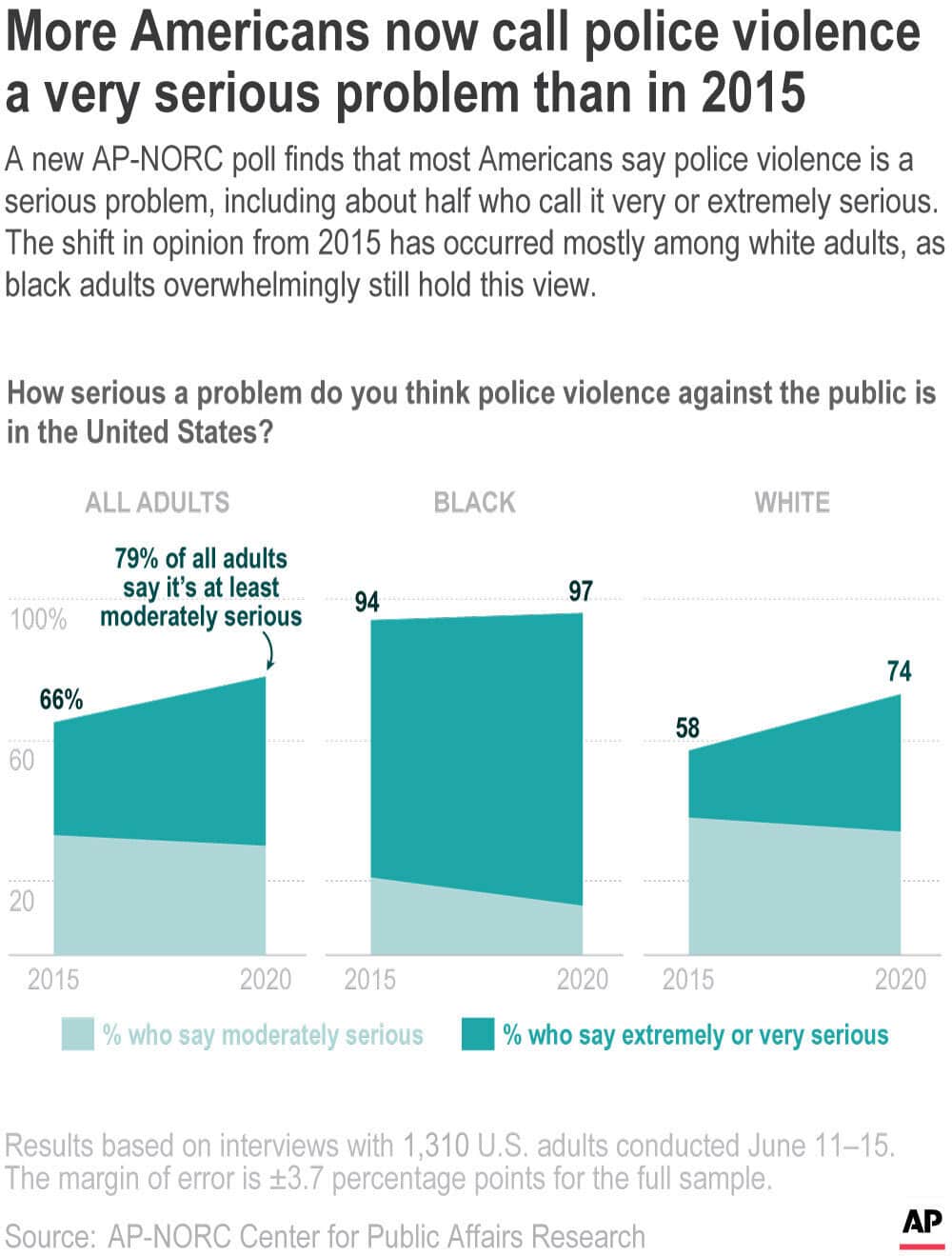 And Americans are far more likely now than they were five years ago to say that police officers who cause injury or death in the course of their job are treated too leniently by the justice system, 65% vs. 41%, rather than too harshly or fairly. Fewer now think they’re treated either fairly or too harshly.
Changes in opinions about social issues are more often slow and incremental, said Jennifer Benz, the deputy director of the AP-NORC Center. Benz said such significant changes can often indicate meaningful or lasting change has taken place in public awareness and attitudes.
“The data show noteworthy changes of a magnitude we don’t see very often, especially on long-standing cultural or social issues,” Benz said. “While this poll was certainly conducted at a moment of tremendous attention on racism in our society, we have empirical signals from other data to suggest that these changes are not purely a reaction to the current events.”
Among white Americans, 39% call police violence against the public a very serious problem, up from 19% in 2015, while 35% say it’s moderately serious. Most black Americans continue to say police violence is a very serious problem.
The poll also found that 51% of black Americans say they have been unfairly treated by a police officer because of their race, compared with just 6% of white Americans.

That includes Mississippi resident Sandra Smith, who said she and many others she knows have had uncomfortable encounters with police over the years. Smith also feels many white Americans are unaware of the fear or anxiety black Americans experience in those interactions. 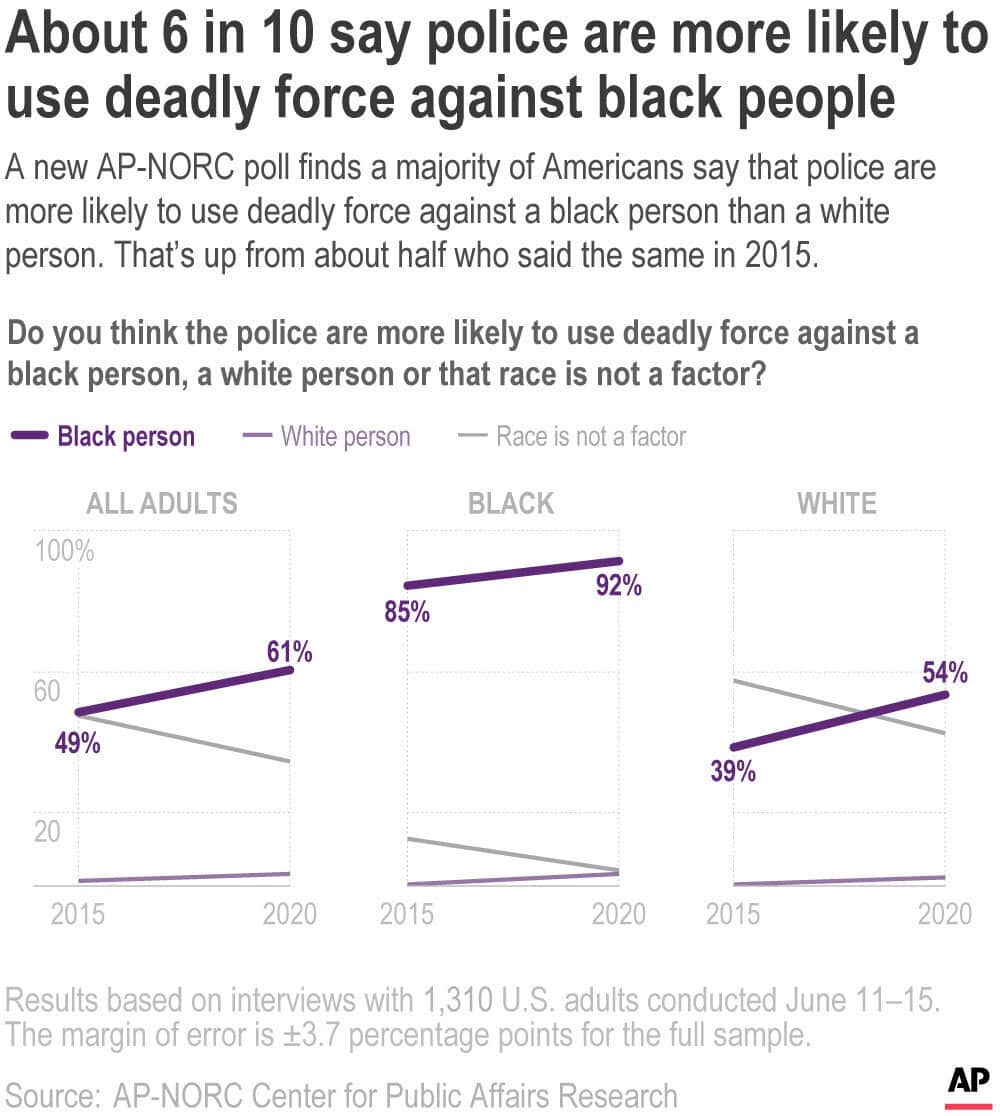 “I think it has reached its boiling point and I say that it’s like a volcano that was waiting to erupt,” said Smith, a 61-year-old black woman. “And looking back on 400 years of oppression of African Americans and the atrocities that we had to face to try to even make it in this country, when you look at all those things, the rights that were not given to the black man, those things build up.”
The poll finds about 6 in 10 Americans say racism is a “very” or “extremely” serious problem in this country. Nine in 10 black Americans, and about 6 in 10 white Americans, say that.
Majorities of Americans across racial groups say police use of deadly force is more common against a black person, including 92% of black Americans and 54% of white Americans. Five years ago, just 39% of white Americans said police were more likely to use deadly force against a black person.
Separate from use of deadly force, the poll also finds about 7 in 10 Americans say white people are treated more fairly in dealing with the police in general, while about a quarter say the race of a person does not make a difference. Nine in 10 black Americans and 7 in 10 white Americans say white people are treated more fairly.
“My eyes have been opened in the last month of how serious the problem really is,” said Jeffrey Boord-Dill, a 62-year-old white man, who lives in Kentucky. “I think it was a problem before now, but not nearly on the level that I see today, and having people of color tell their stories and putting myself in their shoes from those stories, I can’t imagine how damn tired everybody is of walking out the door and wondering if they’re going to come home or not. That, in this country, is inexcusable.”
___
The AP-NORC poll of 1,301 adults was conducted June 11-15 using a sample drawn from NORC’s probability-based AmeriSpeak Panel, which is designed to be representative of the U.S. population. The margin of sampling error for all respondents is plus or minus 3.7 percentage points.