PG&E to Plead Guilty to Deaths From California Wildfire 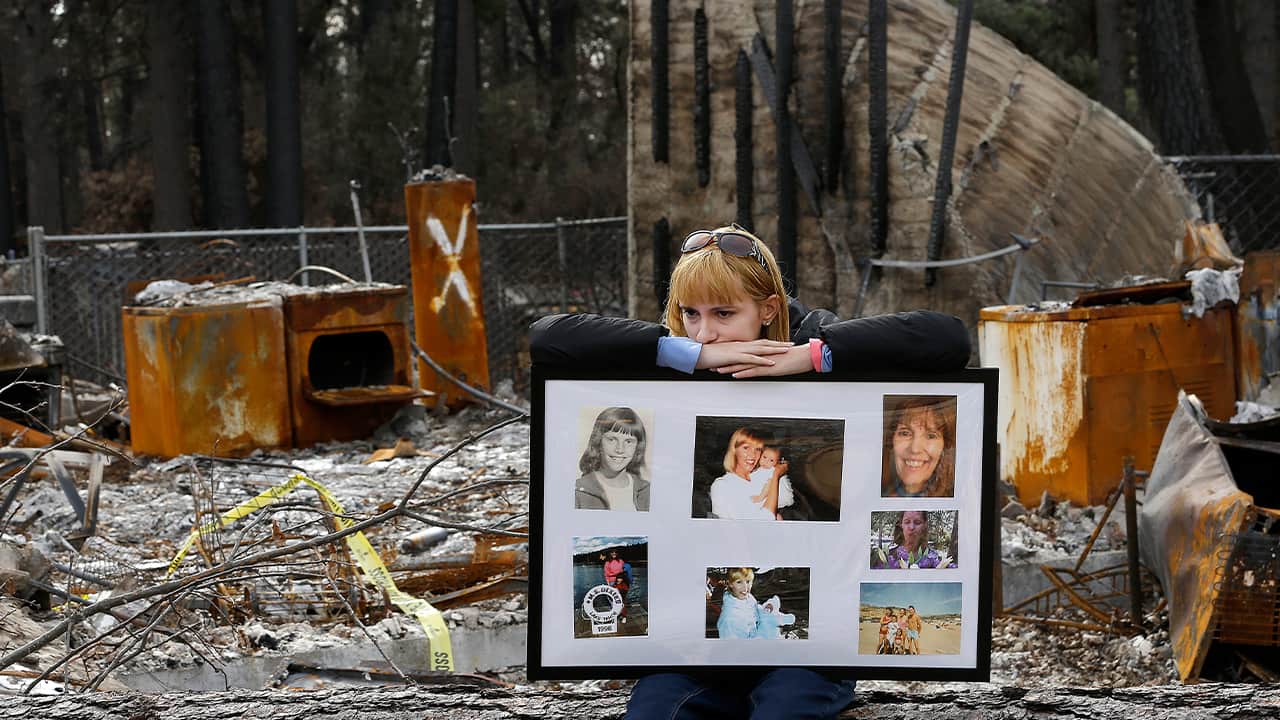 SAN RAMON — Pacific Gas & Electric is expected to plead guilty Tuesday to 84 felony counts of involuntary manslaughter during a court hearing in which the nation’s largest utility will be confronted with its history of neglect and greed that culminated in a wildfire that killed 85 people and wiped out most of a Northern California town.
The hearing before Butte County Superior Court Judge Michael Deems comes nearly three months after PG&E reached a plea agreement in the November 2018 fire that was ignited by its rickety electrical grid that destroyed Paradise, about 170 miles (275 kilometers) northeast of San Francisco. The fire killed 85 people, but prosecutors weren’t certain they could prove PG&E was responsible for one of the deaths.
The proceeding will unfold as PG&E approaches the end of a complicated bankruptcy case that the company used to work out $25.5 billion in settlements to pay for the damages from the fire and others that torched wide swaths of Northern California and killed dozens of others in 2017. The bankruptcy deals include $13.5 billion earmarked for wildfire victims. A federal judge plans to approve or reject PG&E’s plan for getting out of bankruptcy by June 30.
“We want this to be impactful because this can’t go on any longer,” Butte County District Attorney Mike Ramsey told The Associated Press. “There is going to have to be a sea change in PG&E’s method of operation.”
The hearing will start with a recitation of each felony count while the pictures of all the people who died in the 2018 fire are shown on a large screen, according to Ramsey.
The proceedings will continue Wednesday when surviving relatives of those who died in the 2018 wildfire that was dubbed the Camp Fire will be allowed to make statements. More than 20 people plan to appear in the court while others have sent in statements that Ramsey plans to read aloud. The judge will formally sentence PG&E on Thursday or Friday, according to Ramsey. 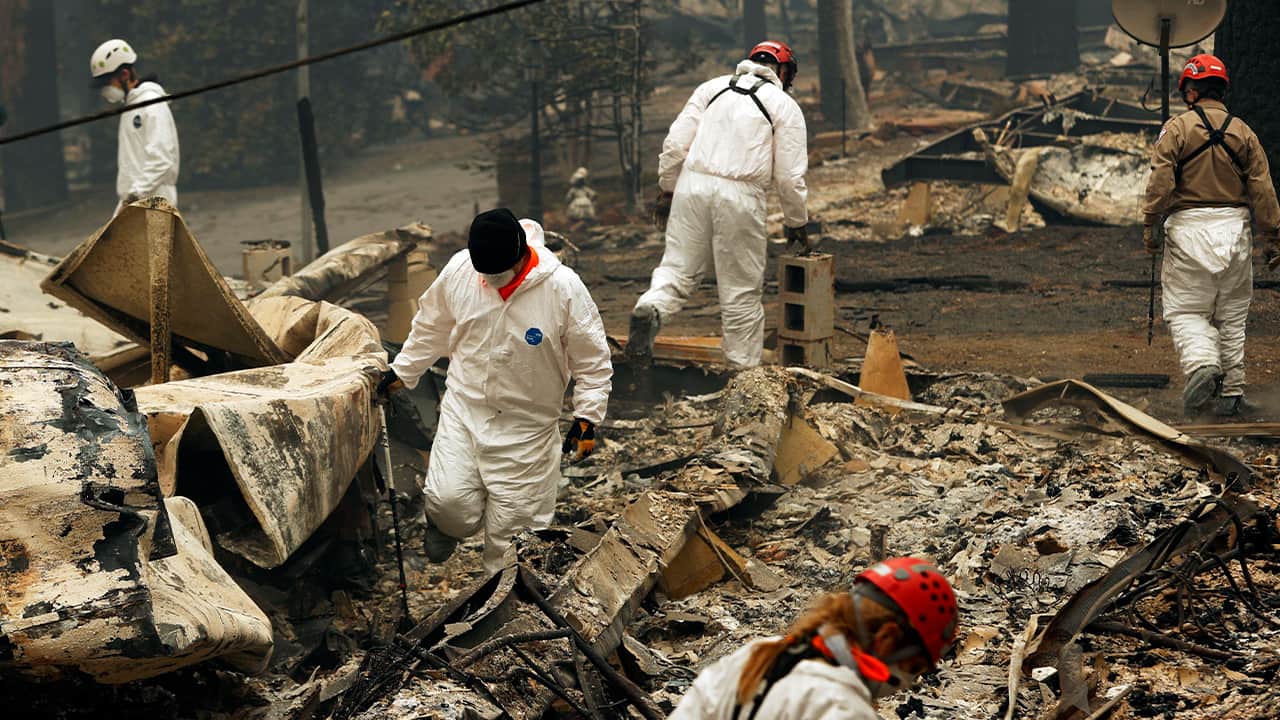 FILE – In this Nov. 13, 2018, file photo, search and rescue workers search for human remains at a trailer park burned out from the Camp Fire in Paradise, Calif. Pacific Gas & Electric officials are to be expected to appear in court Tuesday, June 16, 2020, to plead guilty for the deadly wildfire that nearly wiped out the Northern California town of Paradise in 2018. (AP Photo/John Locher, File)

The court hearing will be streamed online.
Besides the mass killings, PG&E also will plead to one felony count of unlawfully causing a fire. No executives will be charged, leaving no one to imprison for the crimes. PG&E instead will pay a maximum fine of $3.5 million in addition to $500,000 to cover the county’s costs of the criminal investigation.
The plea agreement also spares PG&E from being placed on criminal probation for a second time. The company is in the midst of a five-year probation under the withering supervision of U.S. District Judge William Alsup for a 2010 explosion in its natural gas lines that blew up a neighborhood in San Bruno and killed eight people. The probation lasts until January 2022.
Since filing for bankruptcy early last year, PG&E says it has been dramatically altering a corporate culture that prioritized profits for its shareholders over the safety of the 16 million people who rely on the utility.
The company says it is being more vigilant about trimming trees around its power lines and replacing outdated equipment before it crumbles, although Alsup has repeatedly scolded PG&E for not doing even more to ensure its grid doesn’t cause more tragedy. As part of a deal with California power regulators, PG&E will replace 11 of its 14 board members. CEO Bill Johnson will step down June 30.
Despite PG&E’s pledge, critics fear more danger looms during an upcoming wildfire season after an unusually dry winter in Northern California.

Man Accused of Being 'Golden State Killer' to Plead Guilty