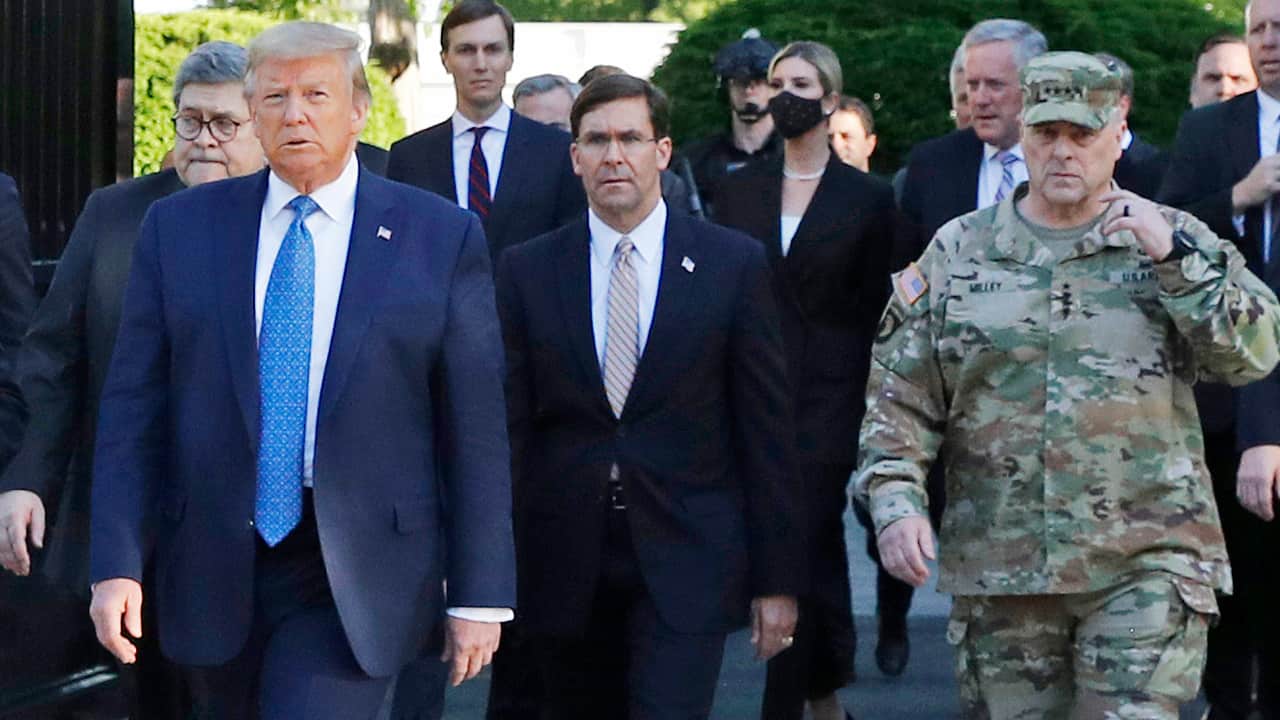 WASHINGTON — Army Gen. Mark Milley, the nation’s top military officer, said Thursday he was wrong to accompany President Donald Trump on a walk through Lafayette Square that ended in a photo op at a church. He said his presence “created a perception of the military involved in domestic politics.”

After protesters were cleared from the Lafayette Square area, Trump led an entourage that included Milley and Defense Secretary Mark Esper to St. John’s Episcopal Church, where he held up a Bible for photographers and then returned to the White House. 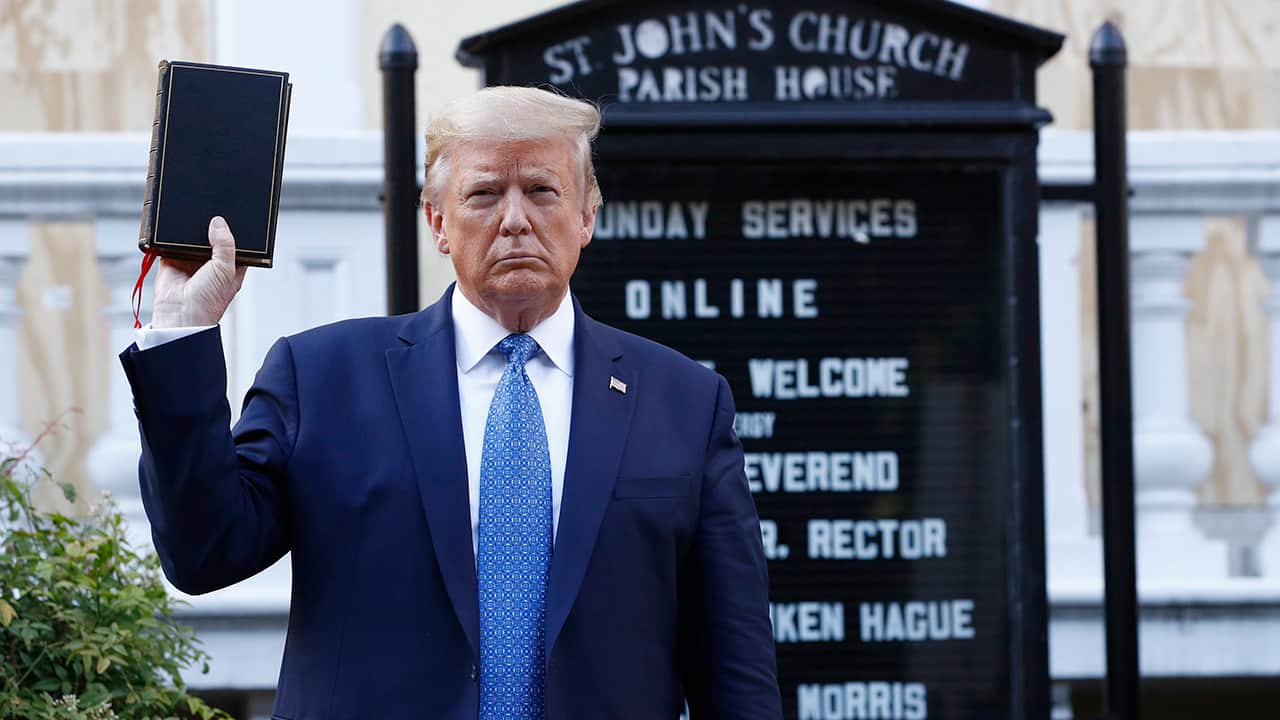 President Donald Trump holds a Bible as he visits outside St. John’s Church across Lafayette Park from the White House Monday, June 1, 2020, in Washington. Park of the church was set on fire during protests on Sunday night. (AP Photo/Patrick Semansky)

Esper had not said publicly that he erred by being with Trump at that moment. He told a news conference last week that when they left the White House he thought they were going to inspect damage in the Square and at the church and to mingle with National Guard troops in the area.
Milley’s comments at the National Defense University were his first public statements about the Lafayette Square event on June 1, which the White House has hailed as a “leadership moment” for Trump akin to Winston Churchill inspecting damage from German bombs in London during World War II.
The public uproar following Floyd’s death has created multiple layers of extraordinary tension between Trump and senior Pentagon officials. When Esper told reporters on June 3 that he had opposed Trump bringing active-duty troops on the streets of the nation’s capital to confront protesters and potential looters, Trump castigated him in a face-to-face meeting.
Just this week, Esper and Milley let it be known through their spokesmen that they were open to a “bipartisan discussion” of whether the 10 Army bases named for Confederate Army officers should be renamed as a gesture aimed at disassociating the military from the racist legacy of the Civil War.
On Wednesday, Trump said he would never allow the names to be changed, catching some in the Pentagon by surprise.
The Marine Corps last week moved ahead with a ban on public displays of the Confederate Army battle flag on its bases, and the Navy this week said it plans a similar ban applied to its bases, ships and planes. Trump has not commented publicly on those moves, which do not require White House or congressional approval.

Milley used his commencement address, which was prerecorded and presented as a video message in line with social distancing due to the coronavirus pandemic, to raise the matter of his presence with Trump in Lafayette Square. He introduced the subject to his audience of military officers and civilian officials in the context of advice from an Army officer and combat veteran who has spent 40 years in uniform.