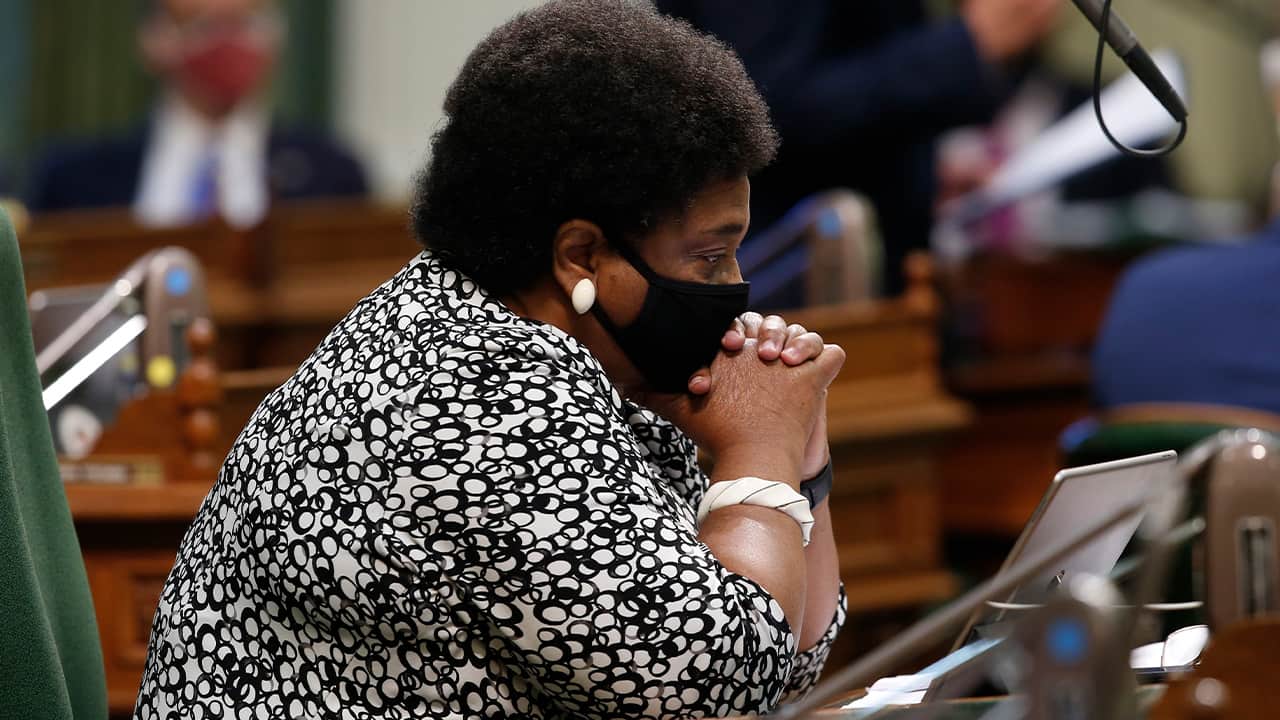 SACRAMENTO — The California Assembly on Wednesday decided to let voters choose whether to overturn the state’s 24-year-old ban of affirmative action programs — capping an emotional hours-long debate in the Legislature that highlighted tension between the state’s Asian and black communities. 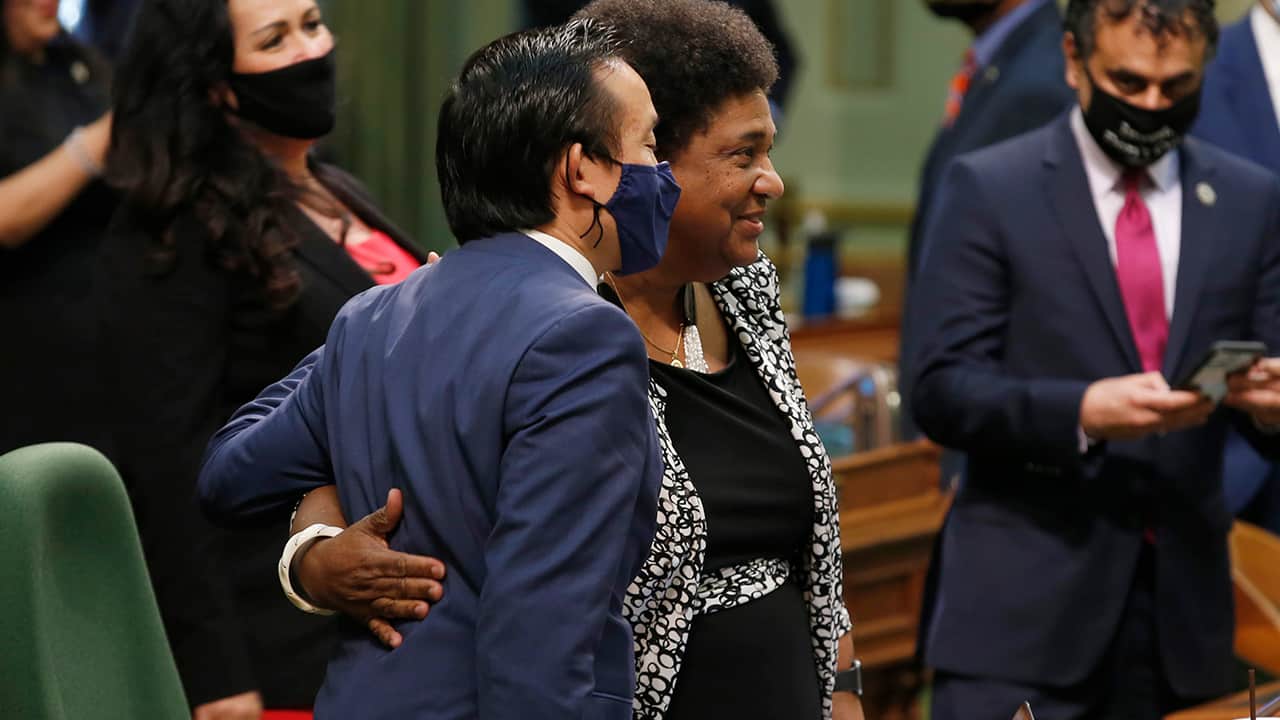 Assemblywoman Shirley Weber, D-San Diego, right, receives congratulations from Assemblyman David Chiu, D-San Francisco, after the Assembly approved her measure to place a constitutional amendment on the ballot to let voters decide if the state should overturn its ban on affirmative action programs, at the Capitol in Sacramento, Calif., Wednesday, June 10, 2020. (AP Photo/Rich Pedroncelli)

Not Everyone Was Convinced

Low eventually did vote for the repeal, telling The Associated Press in an interview he voted “yes” because of his commitment to social justice and his belief that “injustice to one is injustice to us all.” But he acknowledged it will likely hurt him politically, saying office has received calls from constituents threatening to recall him from office.
Low added he did not run for office for “self-preservation.”
“How do you go to a Black Lives Matter rally and say, ‘Yes, I am with you,’ but then all of a sudden say, ‘Oh, well, not here, not on that part,” Low said.
Assemblywoman Shirley Weber, who authored the repeal, apologized on the Assembly floor just before the vote for not contacting lawmakers individually. She said the physical distancing requirements because of the coronavirus and the Legislature’s shortened session made it difficult to do that.
“I’m so grateful I didn’t have to convince you that racism is real because George Floyd did that,” Weber said. “So that was one conversation I didn’t have to have on this issue.”
Assemblyman David Chiu said not everyone in the Asian community opposed the repeal, saying “over 100 organizations and community leaders representing hundreds of thousands of Asian Americans support this measure.”
Not everyone was convinced. Assemblyman Steven Choi, a Republican from Irvine who was born in South Korea, said he opposed the measure because it would “legalize racism and sexism.”

Since the 1996 Amendment, at Least Seven Other States Have Adopted Similar Policies

“I do not want to live in a state where the color of my skin or my race or my sex or my national origin determines my qualifications for a position, a job or entering to a college,” he said. “I came here to this country to get away from ideologies like that.”