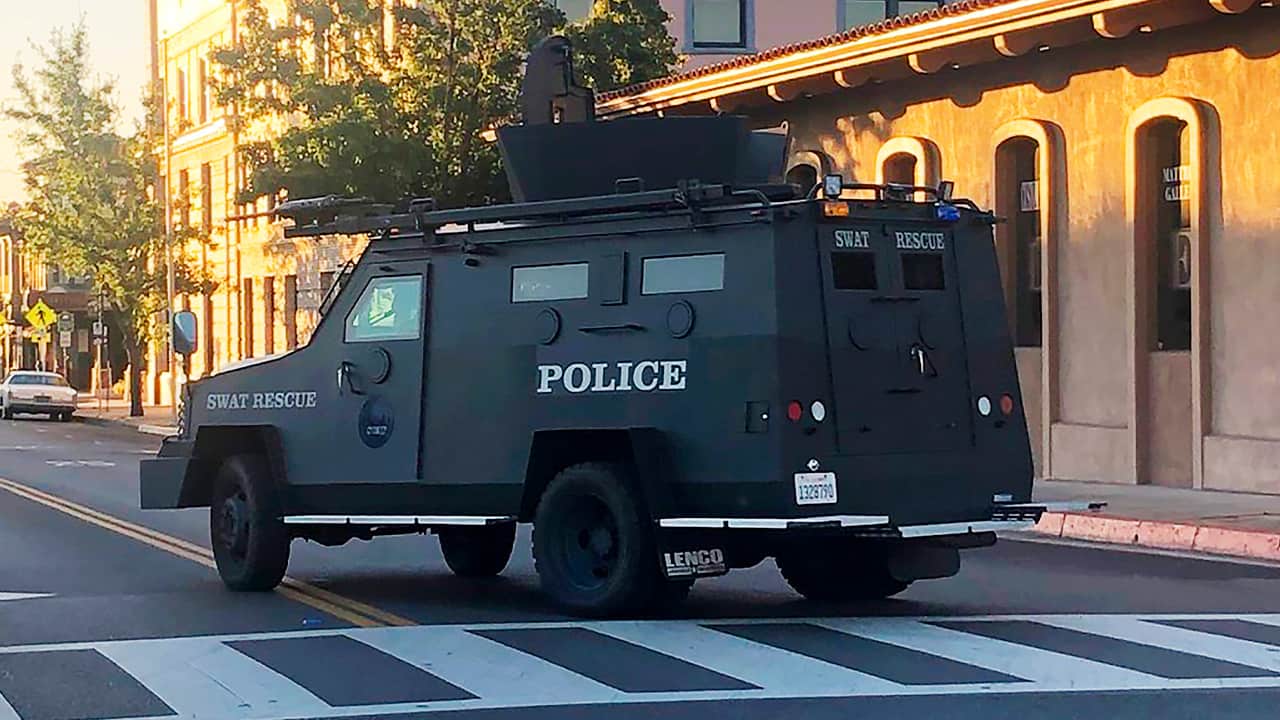 PASO ROBLES — A man was found fatally shot near where a sheriff’s deputy was wounded Wednesday while responding to a report that a gunman was firing shots at a central California police station, and the two incidents were believed to be connected, authorities said.
An hours-long search of the downtown area of the city of Paso Robles ended without an arrest, said Tony Cipolla, spokesman for the San Luis Obispo County Sheriff’s Department.
The body of a man who had been shot in the head at close range was found near railroad tracks a few blocks from the police station. Investigators determined it was a homicide believed to be related to the other shootings, Paso Robles police said. The victim was only described as being in his 40s.
The shooter, a man in his 20s or 30s, fired at the Paso Robles Police Department around 3:45 a.m. while officers were inside, he said. Gunfire occurred over a span of some minutes, Cipolla said.
Two sheriff’s deputies were fired upon when they arrived on the scene, wounding one. His partner returned fire, Cipolla said.
The wounded deputy was flown to a trauma center in serious but stable condition.

The Paso Robles Police Department tweeted that shooting stopped by 4 a.m. Paso Robles, a city of about 32,000 residents, is set in the hills of California’s central coast wine region about 175 miles northwest of Los Angeles.
It follows two recent deadly shootings targeting officers in California.
Santa Cruz County sheriff’s Sgt. Damon Gutzwiller, 38, was killed and another deputy was injured Saturday in the community of Ben Lomond in an attack allegedly carried out by an Air Force sergeant armed with homemade bombs, an AR-15 rifle and other weapons.
Santa Cruz County Sheriff Jim Hart said the suspect, Staff Sgt. Steven Carrillo was intent on killing officers.
Carrillo was wounded at some point and was being treated for a non-life-threatening injury.
The FBI is investigating whether Carrillo, 32, has links to the killing of a federal security officer who was shot outside the U.S. courthouse in Oakland during a protest against police mistreatment of black people on May 29.

NASCAR Bans Confederate Flag From Its Races and Properties